Taking flight with the GEICO Skytypers 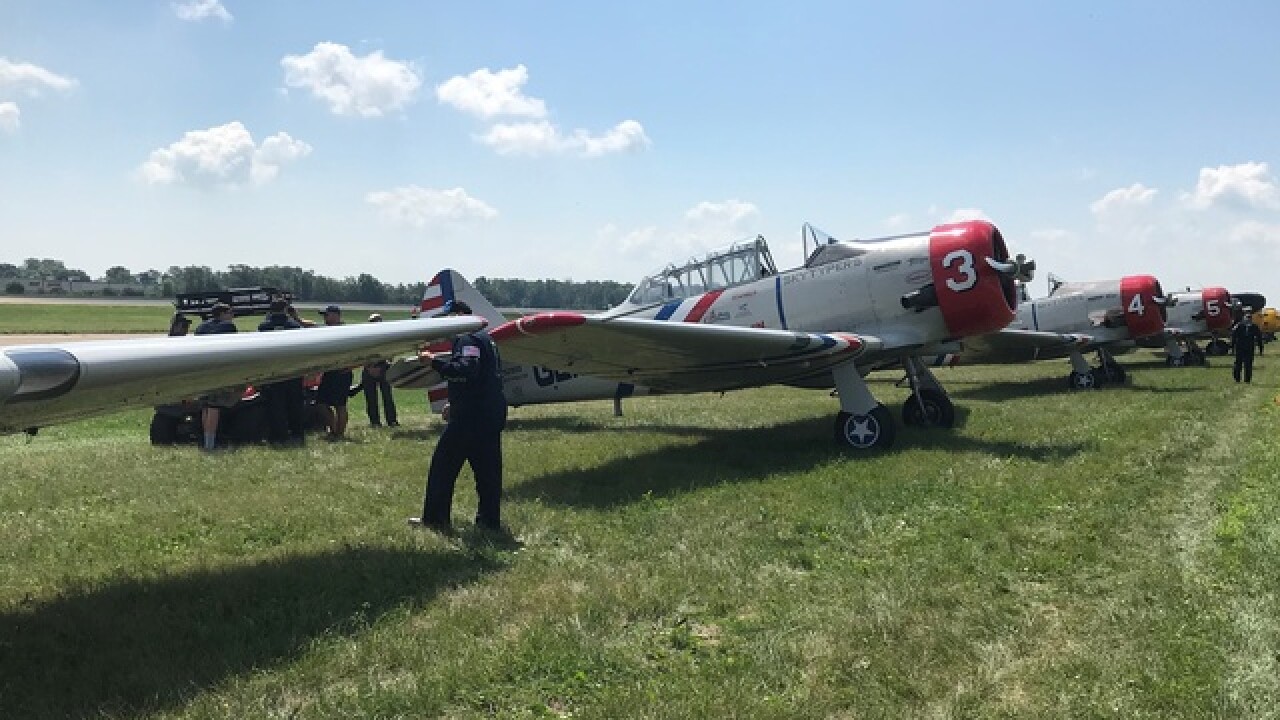 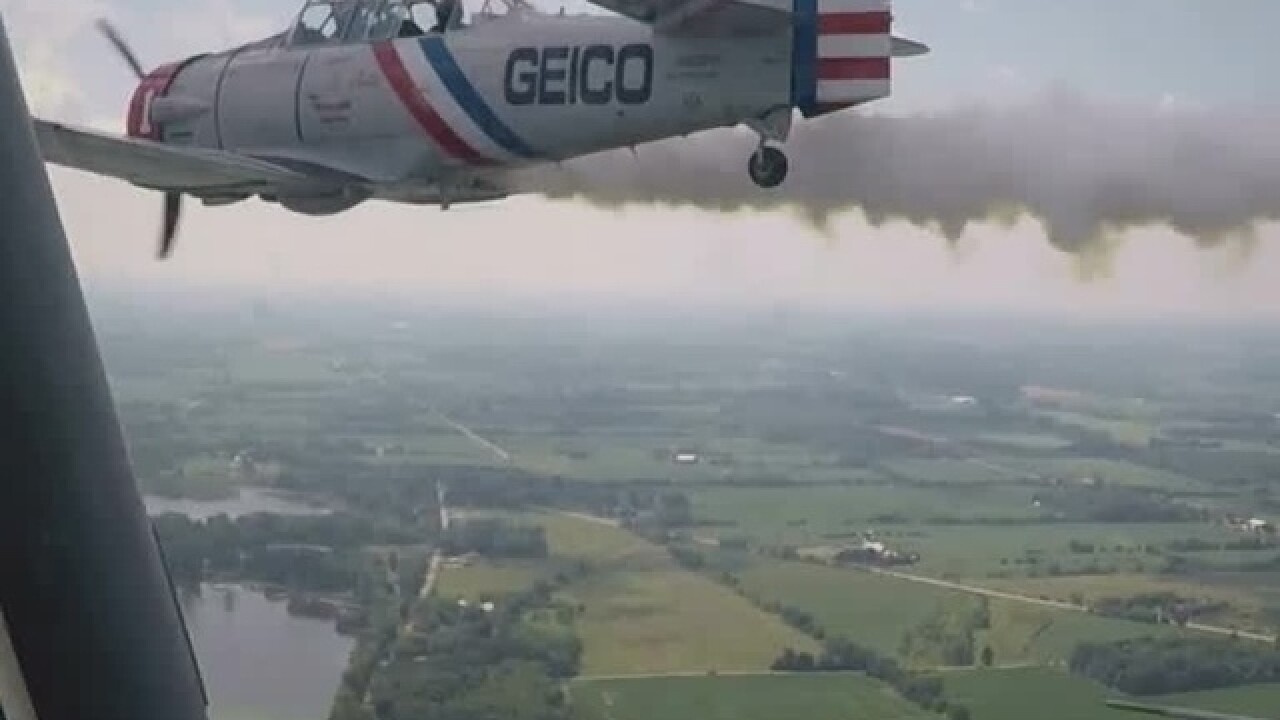 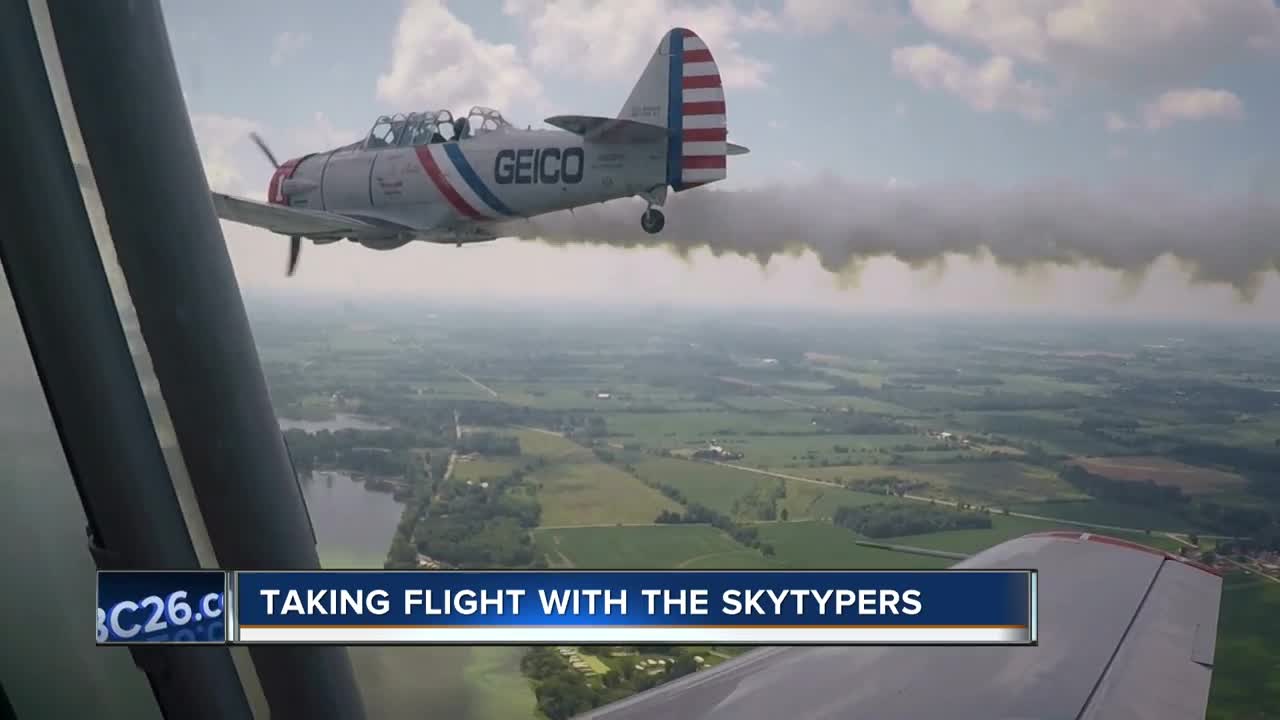 It's day two at EAA Airventure in Oshkosh, and NBC26 got a bird's-eye view of the action.

The GEICO Skytypers flew us above Oshkosh in their SNJs which are small aircrafts originally used for training pilots during World War II.

The GEICO Skytpers are an airshow team that started in the 1960s. They are known for writing messages in the sky, but they do things a little differently now than they used to.

"It's a Bluetooth technology to where the lead airplane has a laptop and puts messages in for five positions," said Salmirs.

He said the message scrolls through and sends a signal to the plane to let out a white puff of smoke.

"The message takes somewhere around 30 seconds to put out a whole 25, 26 character message," said Salmirs.

He said it takes five planes in a tight formation to do this.

"It's an incredible honor to fly with them," added Salmirs.

Many pilots of the Skytypers are ex-military.

"It just represents so much," said Salmirs.

He added coming to EAA Airventure every year is also an honor.

"This is the Mecca for aviation," said Salmirs.

In flight today, the plane hit about 180 miles per hour while over the lake, seeing first hand the skills of these GEICO Skytypers' pilots.

You can catch the GEICO Skytypers' performances daily this week at EAA Airventure.