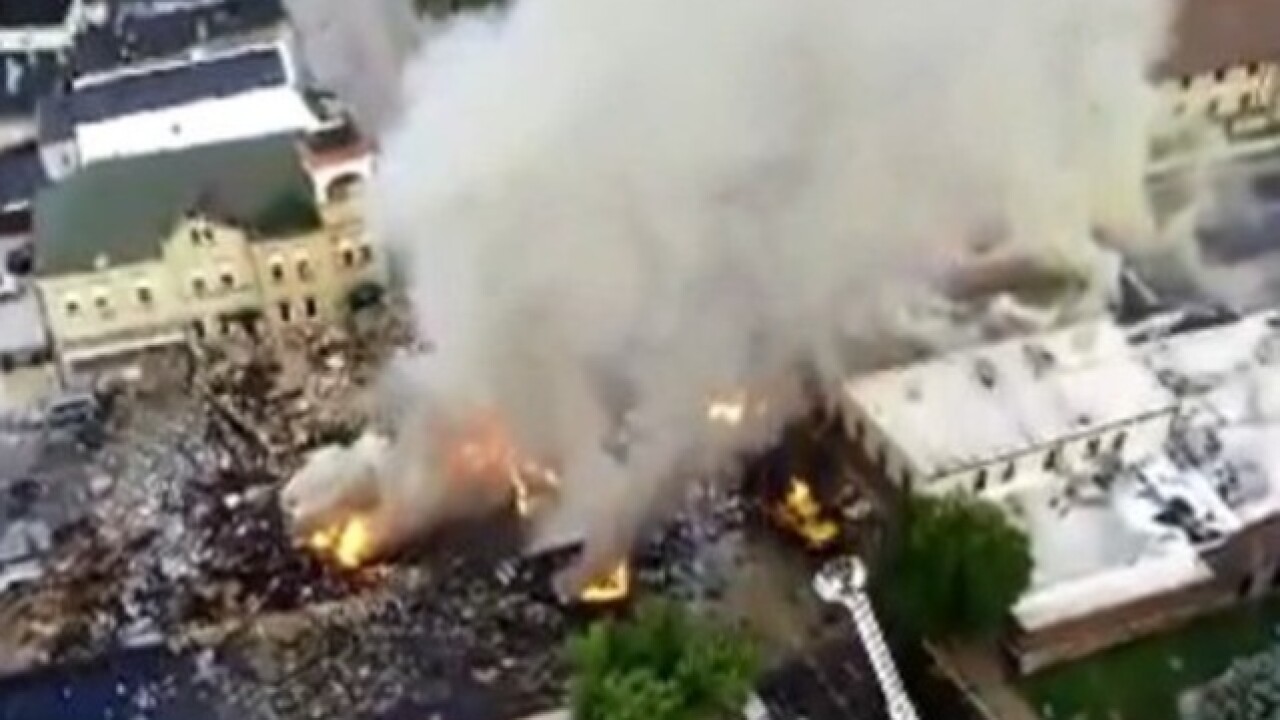 One firefighter was killed and several other people, including police officers, firefighters and civilians were injured in an explosion in Sun Prairie Tuesday night.

The explosion happened at the intersection of Main and Bristol streets after police said they were called to the area around 6:20 p.m. for complaints of the smell of gas.

Construction was happening near the evacuation site, according to police. Officials with WE Energies said they were made aware of an independent contractor hitting a natural gas main in downtown Sun Prairie.

Barr House and Glass Nickel Pizza suffered damage, among other buildings in the area. Police said there is a lot of glass at the scene.

Patrick DePula is the owner and chef at Salvatore Tomato Pies and like many people in Sun Prairie, he says he didn’t sleep much last night. But unlike most people here, he witnessed the explosion firsthand.