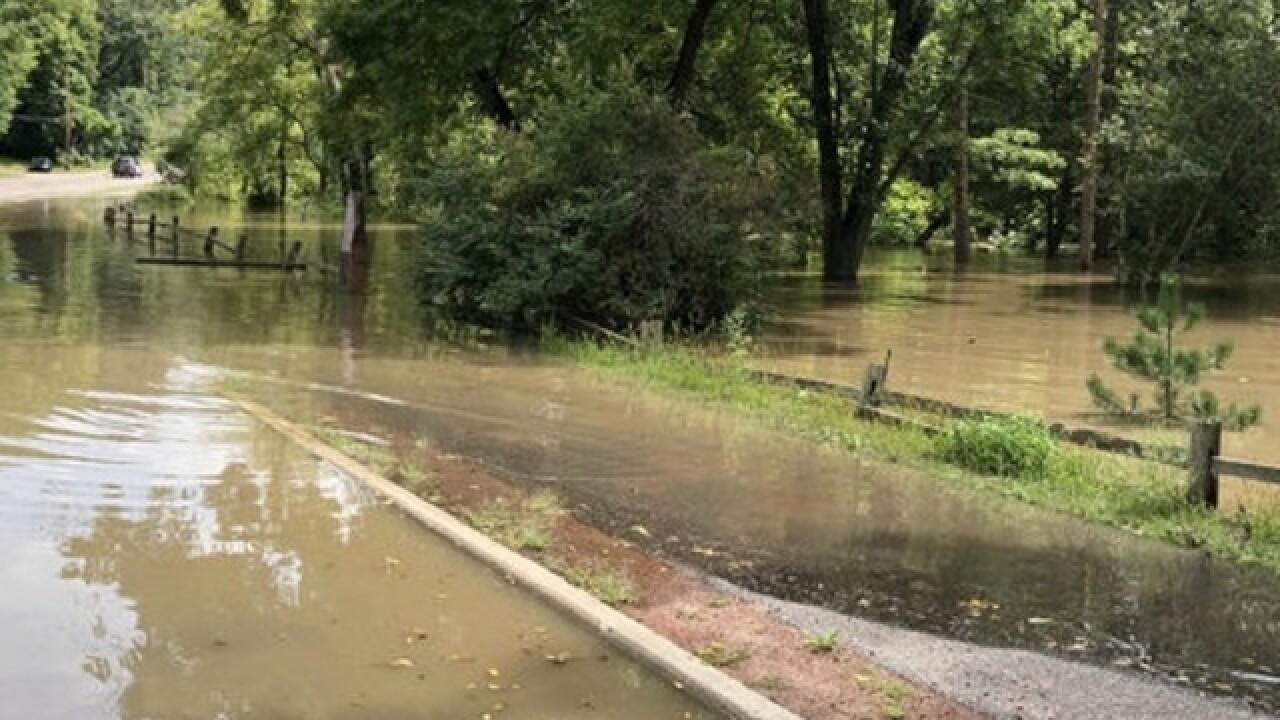 MADISON, Wis. (AP) — The Latest on flooding across southern Wisconsin (all times local):

Wisconsin emergency officials say storms and flooding over the last two weeks has caused at least $44 million in damage to public infrastructure.

Wisconsin Emergency Management spokesman Andrew Beckett says that number is expected to grow. He says many communities are still too busy responding to flooding to tabulate damage estimates.

Rounds of thunderstorms have pummeled southern Wisconsin over the last two weeks, dumping as much as 14 inches of rain in some spots and causing widespread flooding. At least 16 tornadoes touched down in the state on Tuesday.

Forecasts call for 2 to 3 inches of rain Friday night into Saturday morning. Beckett says that could exacerbate flooding along the already swollen Baraboo and Kickapoo rivers.

Forecasters say flooding in southern Wisconsin might get worse before it gets better because of heavy rain expected for the Labor Day weekend.

The National Weather Service predicts up to 2 inches in the Madison area from Friday night through Sunday and up to 3 inches southwest of Madison.

The rain would exacerbate the region’s damaging floods that started with storms Aug. 20. State emergency officials said some areas have received more than 14 inches (36 centimeters) of rain over the past two weeks. Communities across the state are still dealing with flooded neighborhoods and roads.