Storage shed a complete loss after fire in Sheboygan County 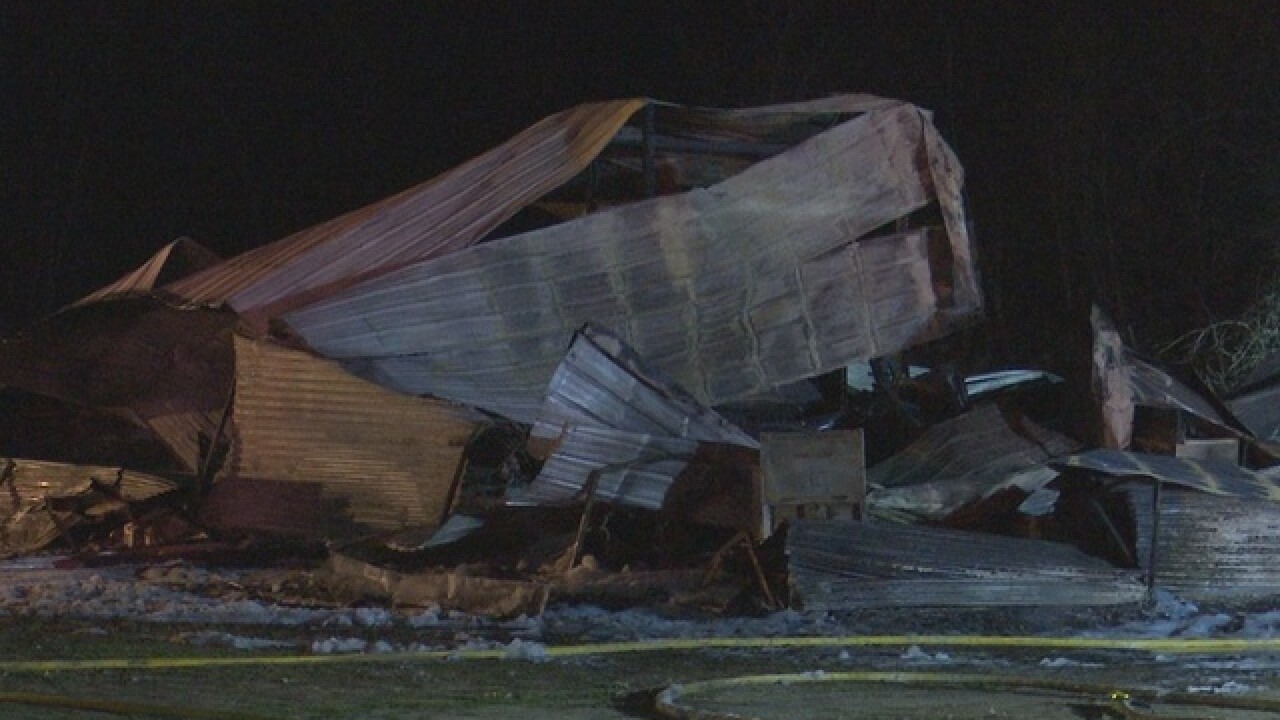 A storage shed in Sheboygan County is a complete loss after a fire.

Firefighters were called to the 4000-block of Church Road in the Town of Hingham just before midnight Sunday. When they arrived on scene, officials say the multi-unit storage facility was fully engulfed. A mutual aid box alarm system, known as MABAS, was called in to bring in several other departments to help fight the fire.

The Fire Chief of Oostburg, Nate Vosuil, says the crew used foam to put out the fire since there were campers, vehicles and possibly a few propane tanks inside that had exploded during the fire.

Vosuil says the foam acts as a cover and blankets the area to keep the flames down.

The cause of the fire is under investigation.