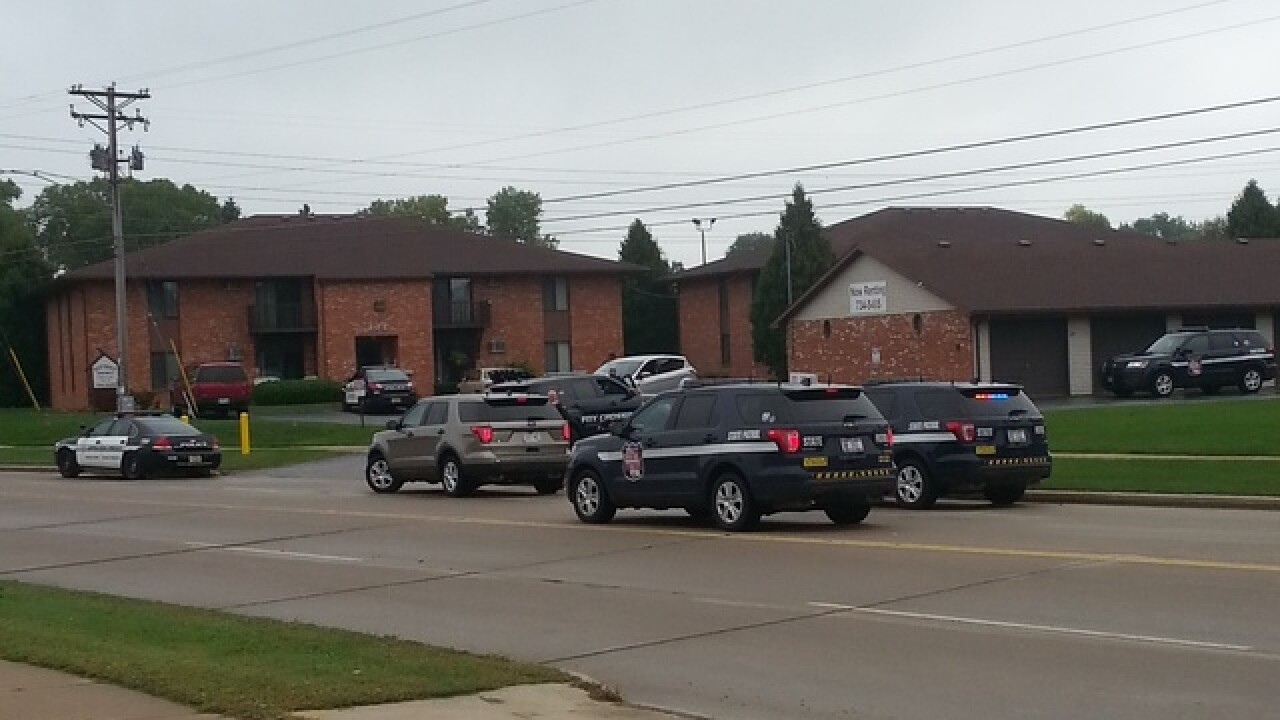 Copyright 2018 Scripps Media, Inc. All rights reserved. This material may not be published, broadcast, rewritten, or redistributed.
<p>Picture: David Grey</p>

On September 20, 2018, at approximately 10:38 AM, officers from the Appleton Police Department attempted to make contact with an individual related to an on-going criminal investigation and probation warrant. The subject fled from the officers in a car.

As he fled, his vehicle struck vehicles at the intersection of Southwood Drive and Valley Road. He fled from the car on foot. He was considered to be armed and dangerous. He was also wanted by the Wisconsin Department of Corrections.

Due to the nature of the call and the proximity to schools, a lockdown of the schools in the area was requested. Social media posts were made to residents and businesses near the perimeter, advising them of the situation. Some streets in the area were closed to vehicle traffic.

The lockdown of the schools was lifted. Social media posts were issued advising the public the situation was safely resolved.

The Appleton Police Department is grateful for the assistance provided by the public and neighboring law enforcement agencies related to this incident.

Subject is in custody. https://t.co/SUucP4NX4Q

UPDATE: Police have released new information on a search for a suspect that caused schools to go into lockdown.

Officers are attempting to locate a M/B 5'08" wearing long sleeve white shirt and black sweatpants. Subject may be armed. Businesses and residents in the areas of Calumet/Oneida and Calumet/Memorial are asked to take precautions and be alert.

Stephen Foster Elementary is on lockdown. The school says: "All students and staff are safe, but they are currently under a precautionary lockdown that began at 10:38 a.m. due to a disturbance in the surrounding neighborhood."

Appleton Police say officers are trying to apprehend a subject. Police also say Foster and Riverview Lutheran Schools are currently on lock down.

Attention @StephenFosterE1 & KinderCare-Oneida St families: All students & staff are safe, but they're currently under a precautionary lockdown that began at 10:38 am due to a disturbance in the neighborhood. We're working w/@AppletonPD_WI. We'll update when we receive more info. https://t.co/FgxLB98XX4