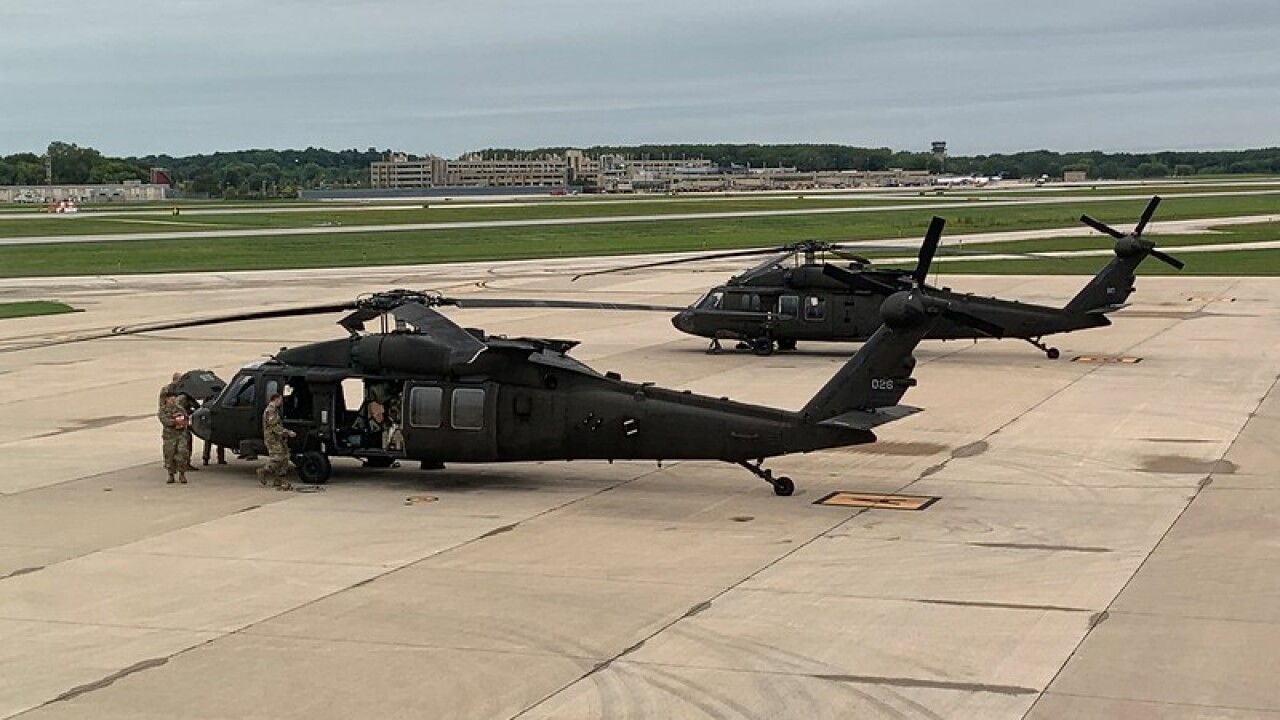 Two Wisconsin National Guard UH-60 Black Hawk helicopters and about 15 soldiers are en route to California, the Guard said in a news release. The Guard said crews are prepared to deploy water buckets to battle fires and take on any other assigned missions.

The Guard said the resources and soldiers were deployed after Wisconsin received an Emergency Management Assistance Compact request from California.

A total of 17 people have been killed in wildfires in California, Oregon and Washington in recent days. More than 100 fires are currently burning throughout 13 western states.

The Wisconsin National Guard said the aircraft, along with crews and maintenance personnel from the Madison-based 1st Battalion, 147th Aviation, departed Madison on Friday to help the California National Guard suppress wildfires.

Alex Hider contributed to this report.