Wisconsin judge orders up to 209K voter names be deleted 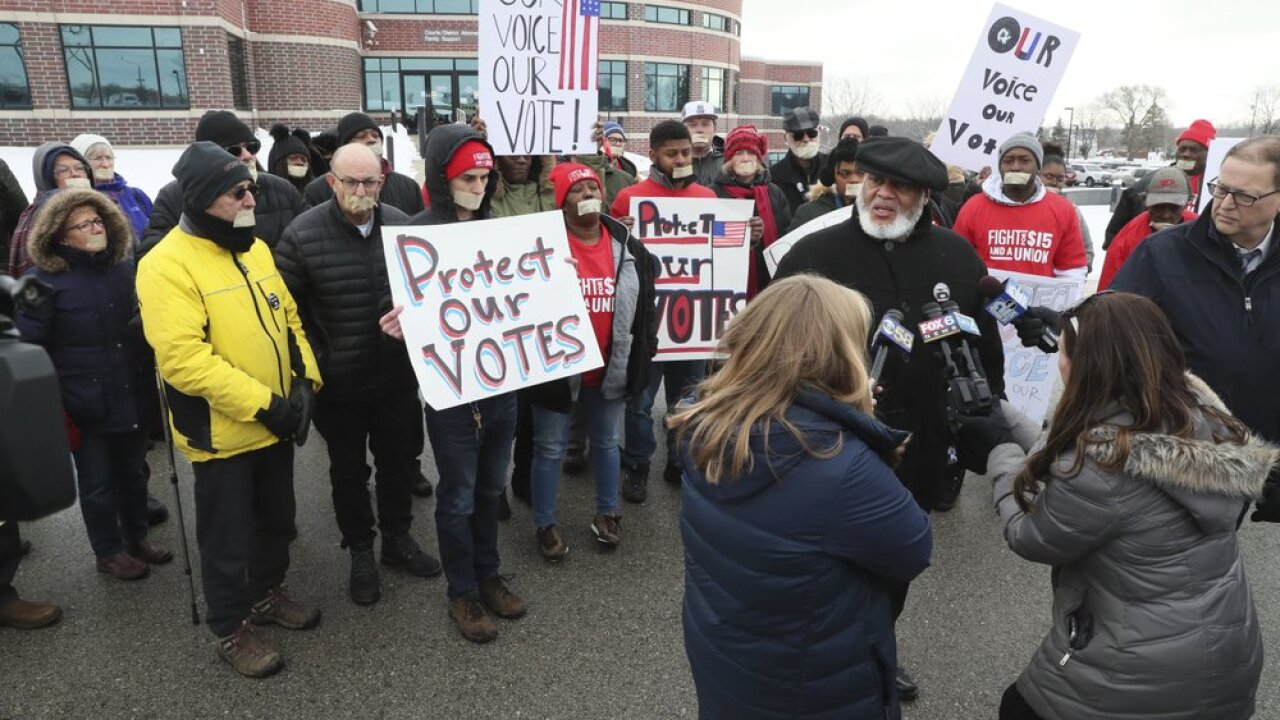 PORT WASHINGTON, Wis. (AP) — A Wisconsin judge on Monday ordered the state’s election commission to immediately begin removing up to 209,000 names from the state’s voter rolls or face hundreds of dollars in fines.

Judge Paul Malloy said in his ruling that “time is in the essence in this case” and cannot wait for the state Supreme Court to decide the case.

The state Justice Department asked Malloy to stay his order of contempt pending an appeal of his ruling, but the judge denied the request. Malloy held in contempt the six-person commission and its three members who dissented in the case. They’ll each face $250 fine every they they don’t comply. The commission itself faces $50 fines every day the purge doesn’t happen.

The commission asked appeals courts to put the ruling on hold while the legal fight continues, but none of the courts have done so.

The case is being closely watched, as Wisconsin is battleground state that President Donald Trump won by fewer than 23,000 votes in 2016. Democrats are fighting the lawsuit, saying the purge would unfairly affect their voters. Republicans say they merely want to ensure that people who have moved are not able to vote from their old addresses.

Those bringing the lawsuit argue that the state elections commission, which includes an equal number of Republicans and Democrats, broke the law when it did not remove voters from the rolls who did not respond within 30 days to a mailing in October indicating they may have moved.

The commission wanted to wait until after the November 2020 presidential election before it removed anyone because of inaccuracies with a previous round of data identifying voters who had potentially moved. Even if a voter has their registration deactivated, they can register again later or on Election Day when they show up at the polls, assuming they have the required documentation.

Ozaukee County Circuit Judge Paul Malloy last month sided with conservatives who filed the lawsuit and ordered that the voters have their registrations deactivated. The elections commission has deadlocked on when to do that, however. That led to the filing of a motion to find the commission in contempt and face $12,000 a day in fines if it doesn’t move to purge the voters.

The affected voters come more heavily from Democratic areas of Wisconsin, including Milwaukee and cities with college campuses. Democrats fear forcing voters whose registration was nullified to re-register would create a burden on them and hurt turnout. Republicans argue that removing the voters would ensure that the rolls are not full of people who shouldn’t be voting.

The League of Women Voters of Wisconsin also filed a federal lawsuit to stop the purge. That lawsuit argues that it would be a violation of constitutional due process rights to deactivate the registrations of the voters without proper notice. The Wisconsin Institute for Law and Liberty and the Republican-controlled Legislature are both seeking to intervene i n that lawsuit and have it dismissed.