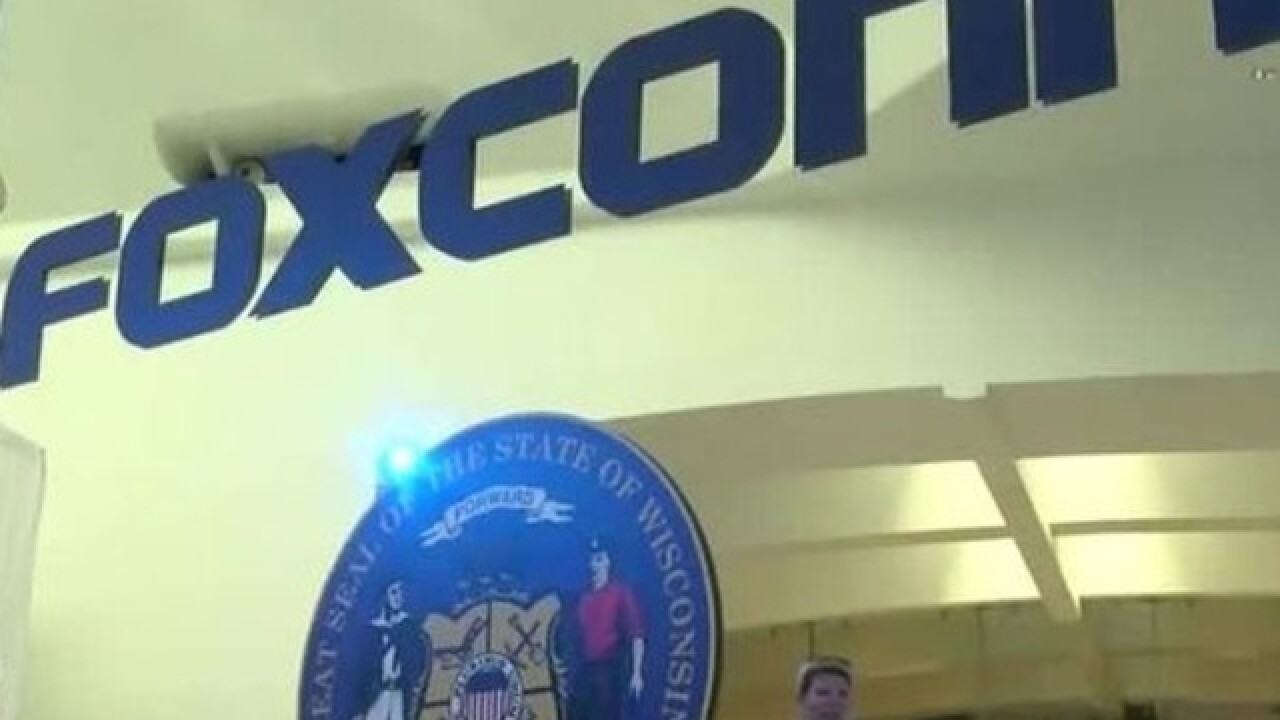 MADISON, Wis. (AP) — The Latest on Foxconn Technology Group and its Wisconsin project (all times local):

Wisconsin Gov. Tony Evers has met with the head of Foxconn Technology Group for the first time, after saying the Taiwanese company was looking to make changes to its agreement with the state.

The meeting with Evers on Thursday came a day after Foxconn CEO Terry Gou met with President Donald Trump at the White House. Foxconn has repeatedly said it remains committed to investing $10 billion and employing 13,000 people in Wisconsin.

Breaking News. Foxconn’s Terry Gou greeting @GovEvers at Milwaukee airport for their first face to face meeting to talk about manufacturing plant in Mount Pleasant. It comes after Gou’s mtg with President Trump at WH. Gou says Foxconn’s investment in WI has not changed. pic.twitter.com/cg87IkWOec

Neither Foxconn nor Evers had an immediate comment following their meeting at a Milwaukee airport.

Evers has said he doesn’t think Foxconn will employ that many people because it’s building a smaller display screen manufacturing facility in Wisconsin than originally envisioned.

Evers was a critic of the project when he ran for governor last year. But he says he’s committed to working with Foxconn to make sure the project is a success in Wisconsin.