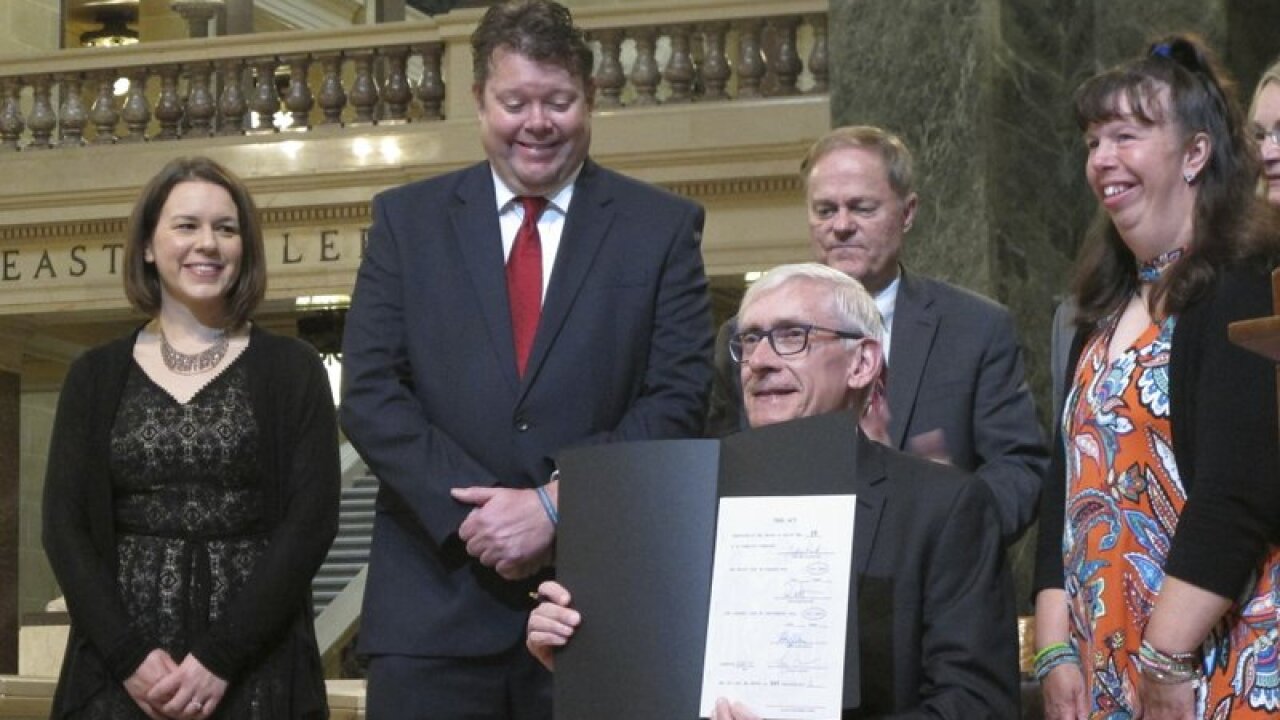 MADISON, Wis. (AP) — Wisconsin Gov. Tony Evers was surrounded by Republican lawmakers Tuesday as he signed his first bill into law, a measure that passed unanimously and removes the term “mental retardation” from state agency rules and regulations.

Supporters of the change, including many people with disabilities, attended the signing ceremony in the state Capitol Rotunda. Evers, noting that it was his first bill signing since becoming governor in January, said he was proud to sign a measure into law that “reflects our shared values.”

“Everyone deserves to be treated with kindness and dignity, empathy and respect every day,” Evers said. “That includes making sure our laws and codes that govern our state reflect those values.”

Abigail Kaiser, a 15-year-old freshman at a Madison high school who has Down syndrome, introduced Evers.

“I don’t like being treated not fairly,” said Kaiser, who manages sports teams at the high school and wants to be an actress.

Her mother, who joined her at the ceremony, said she has worked to protect her daughter from the “R-word.”

“The language that we use about people is extremely important because it shows value,” Danielle Kaiser said. “Replacing the outdated language is important for Abby and her peers and people who support them.”

Even though there was no opposition to the bill, Evers and Republicans still sparred over the issue. Evers angered Republicans when he signed an executive order in March designed to have the same effect.

Evers said Tuesday he was proud to have done that and to sign the bill, which carried more weight than an executive order because it will change the law. Evers previously said he was trying to be thorough and not undercut the Legislature.

The new law immediately replaces the phrase “mental retardation” and derivatives with “intellectual disability” in administrative code governing the state Public Service Commission, as well as the departments of Health Services, Children and Families, Safety and Professional Services, and Workforce Development.

Those were the only agencies where the terminology still existed, said state Republican Rep. John Jagler, who sponsored the bill and attended the signing ceremony. His daughter has Down syndrome. Republican Sen. Rob Cowles, former Republican state Rep. Joel Kleefisch and a member of GOP Senate Majority Leader Scott Fitzgerald’s office also attended the ceremony.