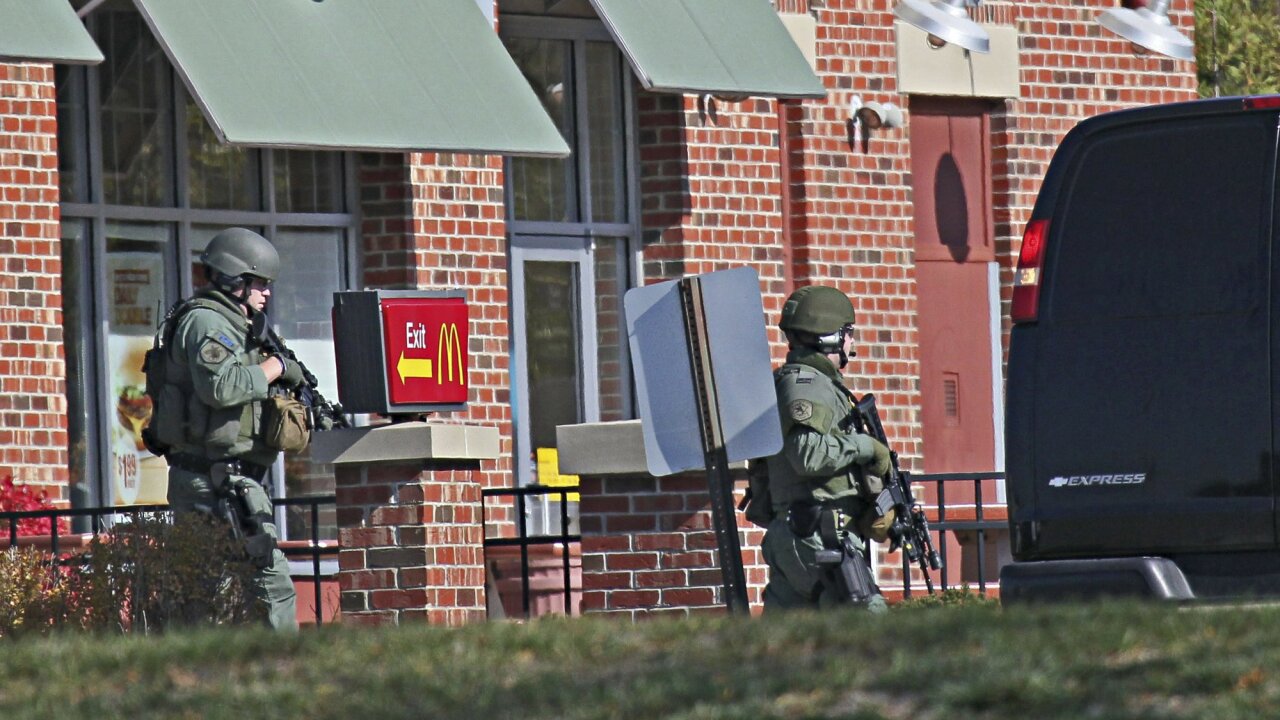 FILE - In this Oct. 21, 2012, file photo, tactical team members move towards a spa where police say multiple people were wounded when someone opened fire, near the Brookfield Square Mall in Brookfield, Wis. Wisconsin&#39;s Supreme Court dismissed a lawsuit Tuesday, April 30 2019, alleging a firearms website that enabled a man to illegally purchase the pistol he used in a mass shooting at a suburban Milwaukee spa six years ago is liable in the killings, ruling that federal law grants the site operators immunity. (Michael Sears/Milwaukee Journal-Sentinel via AP, File)

MADISON, Wis. (AP) — The state Supreme Court dismissed a lawsuit Tuesday alleging a firearms website that enabled a man to illegally purchase the pistol he used in a mass shooting at a suburban Milwaukee spa six years ago is liable in the killings, ruling that federal law grants the site operators immunity.

Radcliffe Haughton’s wife, Zina Daniel Haughton, had taken out a restraining order against him that prohibited him from possessing a firearm. But he bought a semi-automatic pistol and ammunition in October 2012 from a person he met through Armslist.com, according to court documents.

The next day he opened fire at Azana Salon & Spa in Brookfield, where his wife worked. He killed her, two of her co-workers and wounded four others before he took his own life.

According to court documents, Haughton used an Armslist.com function that allowed him to bypass ads from licensed dealers, enabling him to avoid a background check.

The lawsuit filed in 2015 alleged Armslist’s operators should have known that the design of the site enabled illegal gun purchases. But Chief Justice Pat Roggensack, writing for the majority, said Tuesday that if a website’s features can be used lawfully the act immunizes the operators from liability when third parties use the sites unlawfully. Therefore all that’s left is to consider the site a publisher, triggering immunity under the act, she said.

“Regardless of Armslist’s knowledge or intent, the relevant question is whether (the) claim necessarily requires Armslist to be treated as the publisher or speaker of third-party content,” Roggensack wrote. “Because it does, the negligence claim must be dismissed.”

Justice Ann Walsh Bradley was the lone dissenter. She accused the majority of allowing Armslist to hide behind the federal law and called the decision a “manufactured interpretation” of the lawsuit’s arguments.

The Brady Center to Prevent Gun Violence sued on behalf of Yasmeen Daniel, Haughton’s wife’s daughter, who was in the spa during the attack. The lawsuit argued that the setup of the site encourages illegal firearm sales because it allows buyers to avoid background checks and waiting periods, provides no guidance on laws governing firearm sales and allows users to remain anonymous.

The Computer and Communications Industry Association filed amicus briefs with the state Supreme Court arguing that act provides immunity for website operators’ “traditional editorial functions” and the appeals court’s ruling resulted in the act meaning something different in Wisconsin than the rest of the country.

Several former members of Congress who supported the act also filed briefs with the high court, including former U.S. Reps. Jim Moran and Luis Gutierrez. They argued the act doesn’t protect website operators from their own actions. The National Coalition Against Domestic Violence as well as a host of other domestic violence groups also filed a brief urging the justices to adopt the appellate court findings.