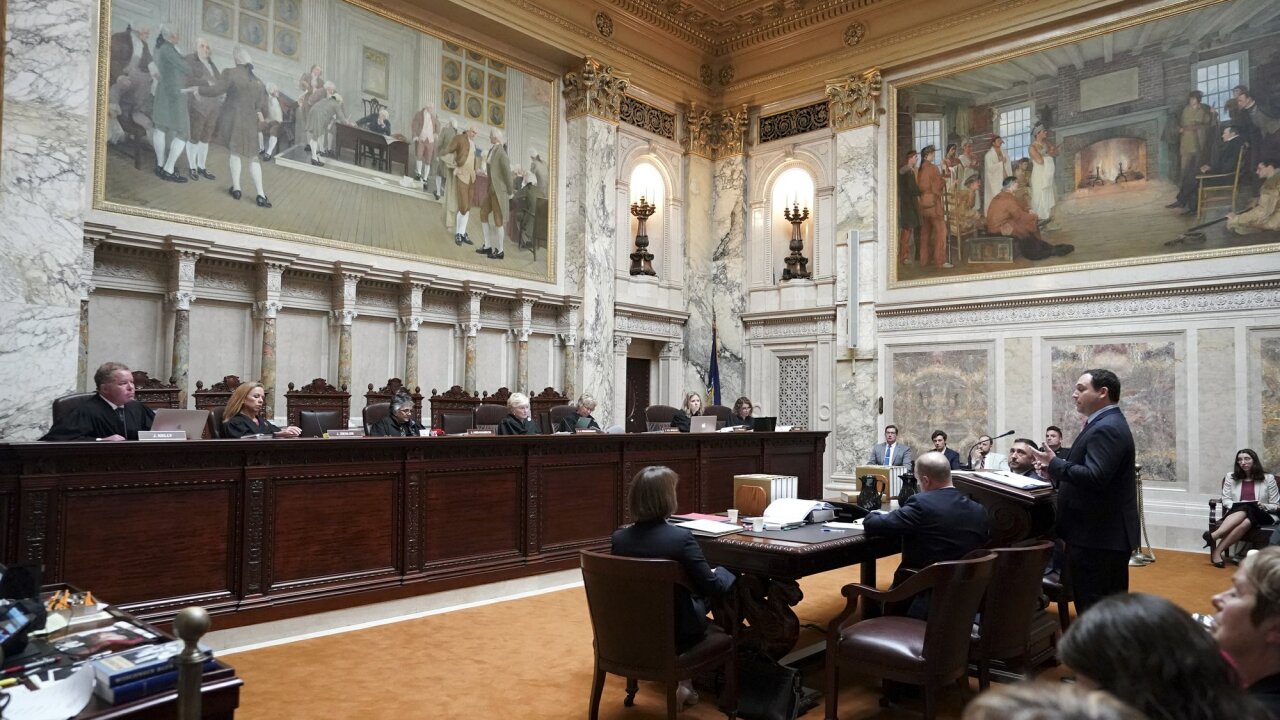 That lame-duck session led to multiple legal challenges, including one by a coalition of liberal groups led by the League of Women Voters.

The coalition contends that the lame-duck session was illegal because the Legislature convened the vote as a so-called extraordinary session. Such sessions are previously unscheduled floor votes initiated by majority party leaders. The coalition maintains that the Wisconsin Constitution allows lawmakers to convene only at times laid out in a resolution they pass at the beginning of every two-year period or at the governor’s call.

Dane County Circuit Judge Richard Niess agreed in March and invalidated all the laws passed during the lame-duck session. Republican lawmakers asked the Supreme Court to overturn that ruling.

The justices held oral arguments in the case Wednesday morning. The Republicans’ attorney, Misha Tseytlin, began the proceeding by arguing that the Legislature can convene whenever it wishes.

The coalition’s attorney, Jeffrey Mandell, argued that state law doesn’t provide for extraordinary sessions. Justice Rebecca Bradley immediately cut him off, saying the Legislature has been meeting in extraordinary sessions for 40 years and no one has ever argued they were illegal. Mandell responded that sometimes it takes a “catalyzing event” to trigger a challenge.

Justice Dan Kelly said that state law doesn’t provide for regular legislative floor periods either and asked Mandell if that means everything the Legislature has ever done is illegal.

Chief Justice Pat Roggensack noted that the Wisconsin Constitution states that the Legislature can set its own rules and said she didn’t understand Mandell’s arguments. Kelly added that the constitution says each house may determine the rules of its own proceedings.

Mandell responded that the justices were ignoring the constitutional framers’ intention to protect the people from government tyranny by limiting how often the Legislature can meet.

The court is expected to issue a decision this summer.

Republicans used the session to pass laws prohibiting Evers from withdrawing from lawsuits without the Legislature’s permission; preventing Kaul from settling lawsuits without legislative approval; requiring Kaul to deposit settlement awards in the state’s general fund instead of in state Department of Justice accounts; and granting the Legislature the right to intervene in lawsuits using its own attorneys rather than DOJ lawyers.

Republicans designed the restrictions to prevent Evers and Kaul from fulfilling campaign pledges to withdraw from a multistate lawsuit challenging the Affordable Care Act and to ensure that they would have a voice in defending GOP-authored laws that Kaul won’t fight for in court.

Evers withdrew the state from the ACA lawsuit after Niess handed down his ruling. A state appellate court has since stayed the judge’s decision while the state Supreme Court considers the case.

Evers has sided with the coalition. Kaul hasn’t taken a position, saying doing so would create a conflict of interest since the lawsuit affects the state Justice Department.

The case is one of three challenging the lame-duck laws.

Also pending before the state Supreme Court is a union lawsuit alleging that the restrictions violate the separation of powers between the legislative and executive branches. The state Democratic Party has filed a federal lawsuit arguing that the laws prohibit Democrats from enacting policies and dilute their votes, amounting to a violation of free speech and equal protection guarantees.

Liberal advocacy group One Wisconsin Now persuaded U.S. District Judge James Peterson in January to strike down the limits on early in-person voting. That ruling came as part of a larger lawsuit challenging GOP-authored voting laws. That case is currently before the 7th U.S. Circuit Court of Appeals.