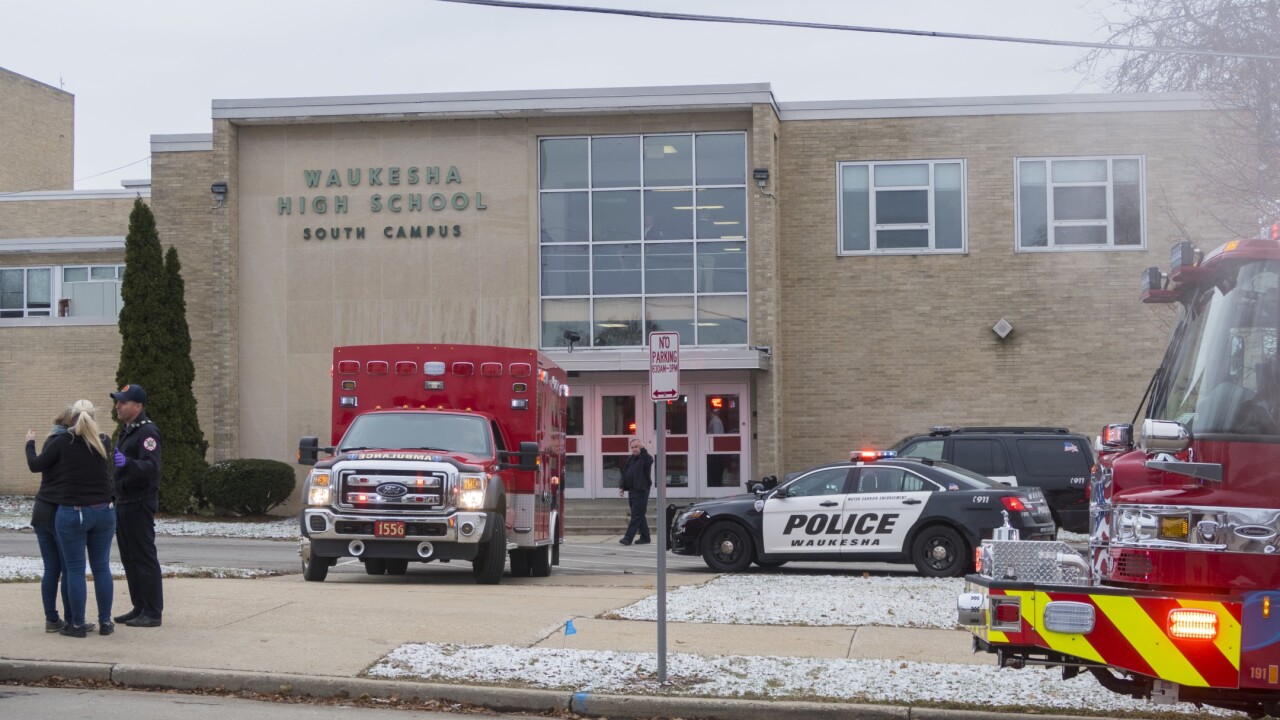 ABE VAN DYKE
Waukesha South High School is &#39;safe and secure&#39; after a student was shot by an officer for pointing a gun at law enforcement, police say. Date: Monday, December 2, 2019. PHOTO BY: ABE VAN DYKE

Police in suburban Milwaukee say a 17-year-old student pointed a pellet gun at another student's head in a confrontation that led to a police officer shooting the teenager.

Police said Tuesday that a school resource officer and a detective began talking with the student at Waukesha South High School after the fight between students on Monday.

Police say the teen had a gun in his hand when an officer shot him once in the leg and twice in the arm.

Authorities immediately gave the student first aid, stopping the bleeding. The student is in stable condition.