Senator Dave Hansen retiring at the end of current term 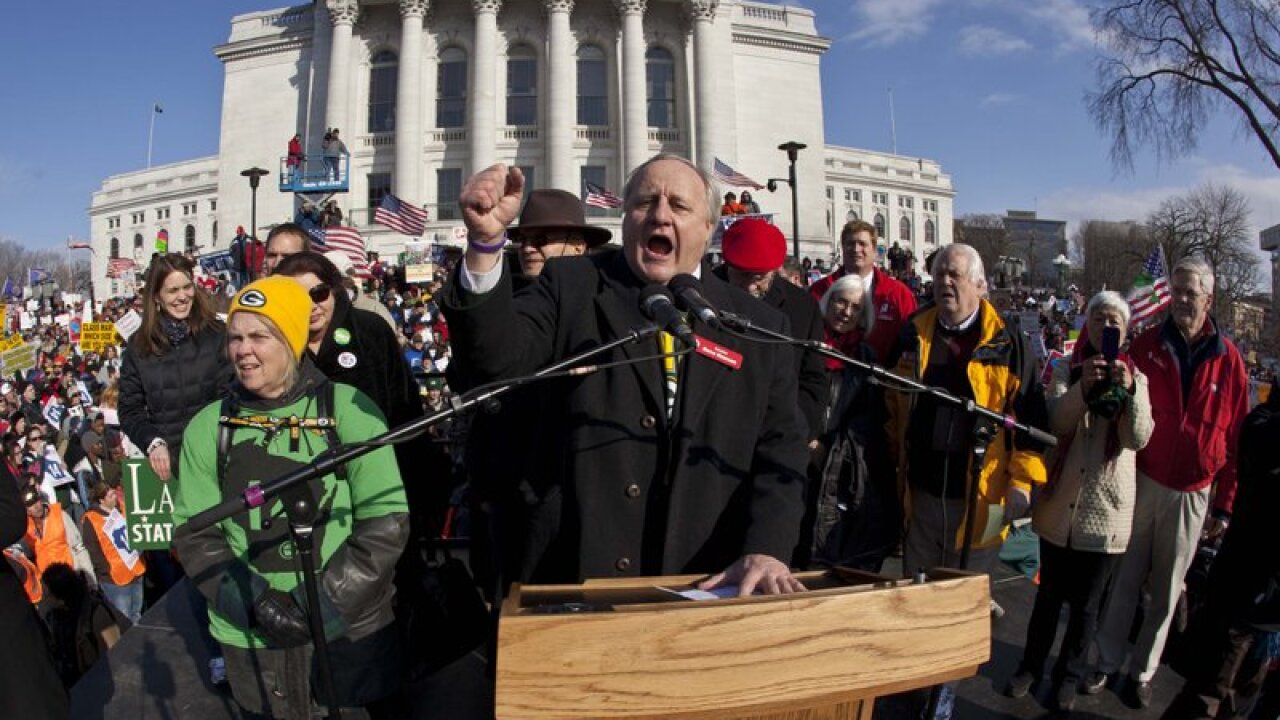 FILE - In this March 12, 2011 file photo, state Sen. Dave Hansen speaks at a rally outside the state Capitol in Madison, Wis. Hansen, a longtime Democratic Wisconsin state legislator announced Thursday, Jan. 9, 2020, that he will retire when his current term ends next January. (AP Photo/Morry Gash, File) 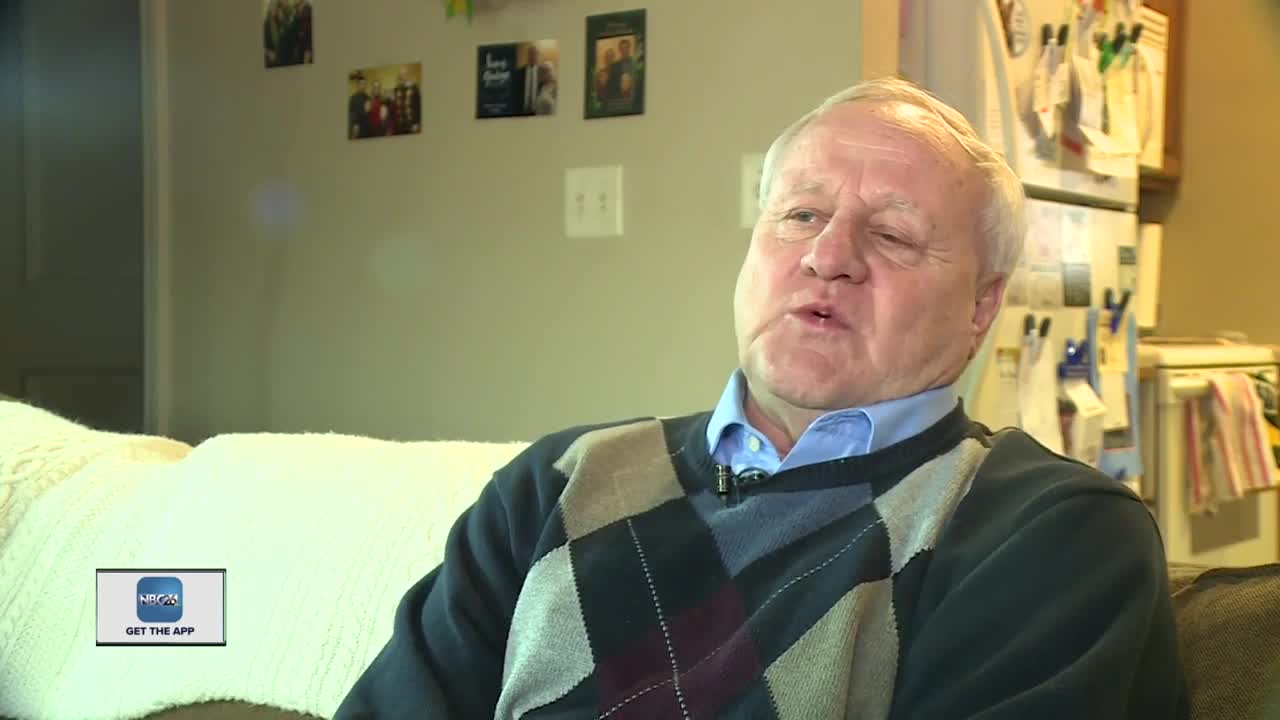 MADISON, Wis. (AP) — Longtime Democratic state Sen. Dave Hansen said Thursday that he’ll retire rather than seek re-election this fall, creating an open seat in a Republican-leaning region and making it that much harder for his party to win the majority in the chamber.

Hansen has represented the Green Bay and Marinette areas since 2001, even though the northeastern Wisconsin district is strongly Republican. Known for his bellowing speeches on the Senate floor, he served as majority leader during the 2009-11 legislative session.

Republicans tried to recall him and seven other Democratic senators in 2011 after the caucus fled to Illinois in a futile attempt to block a vote on then-Republican Gov. Scott Walker’s signature bill stripping public employees of their union rights. Hansen survived the recall but the GOP seemed to target his seat during every election cycle, believing he was vulnerable because of the district’s conservative bent.

Hansen said in a statement Thursday that he’ll retire when his current term ends next January. He said he turned 72 in December and wants to spend more time with his family.

“I believe had I chosen to run again I would win,” Hansen said. “But as anyone who knows me will tell you, Jane (his wife) and my family are the most important people in the world to me and it is important to me that I spend more time with them at this stage of our lives.”

Hansen’s decision hurts Democrats’ hopes for making gains in the Senate in November. Republicans currently hold a 19-14 advantage in the chamber. Hansen’s decision to step down means Republicans won’t have to face an incumbent, making their path to capturing his seat easier in a district that already leans their way.

Possible GOP candidates could include state Reps. John Nygren of Marinette, the powerful co-chairman of the Legislature’s finance committee, and John Macco of DePere. Neither immediately returned messages Thursday.

The other state representative in Hansen’s district, Staush Gruszynski of Green Bay, is a Democrat but he’s on the outs with his party after he was accused of sexually harassing a legislative employee.

Democratic leaders have stripped him of his committee assignments and have asked him to resign but he has refused to step down. A message left at his state Capitol office Thursday inquiring about his interest in Hansen’s seat wasn’t immediately returned.

Here is the senator's full statement:

“After much thought, reflection and discussion with my wife Jane and my family, I have decided not to seek re-election to the State Senate and retire at the conclusion of my current term.

I have been blessed in so many ways: meeting Jane and her agreeing to marry me, the birth of our three daughters Kathy, Cari and Christy; the addition of our three sons-in-law who together with our daughters have further blessed Jane and me with eleven terrific grandkids and also being given the privilege to serve on the Brown County Board and in the Wisconsin State Senate.

I am proud to have led a life of public service for more than forty years. First as a teacher and coach at Annunciation Catholic School in Green Bay, as a truck driver for the city of Green Bay, as a member of the Brown County Board and finally as a state senator. I’ve always tried to do my best and I hope the people I have had the privilege to serve believe I have had their best interests at heart and that I have done well by them.

On December 18th I turned 72. And as much as it has become a cliché in politics, I truly am retiring to spend more time with my family. I have no fears about my chances for reelection having survived an attempted recall in 2011 and winning handily in a district that Republicans told me they gerrymandered specifically to defeat me. I believe had I chosen to run again I would win.

But as anyone who knows me will tell you, Jane and my family are the most important people in the world to me and it is important to me that I spend more time with them at this stage of our lives.

I will miss the many friends I have made in the Legislature and state government just as I look forward to continuing the many friendships I have made back home as a state senator. It truly has been a privilege to represent what I consider to be the best place in the world, with the best people, to live and raise a family. It is an honor I will always carry with me.

I will also miss the opportunity being a state senator has given me to meet so many people who I otherwise wouldn’t have and to learn about them, their families, their accomplishments, hopes, dreams and concerns. I have especially enjoyed doing what I can to support our young people by visiting their classrooms, meeting with them during school tours of the Capitol, and helping them celebrate important achievements like attaining Eagle Scout, succeeding in their academic and athletic endeavors and more.

As much as I’ve enjoyed my time in the State Senate, however, after what will be 40 years of public service I am looking forward to January 2021 and beginning a the next chapter in my life with Jane and my family.

To all the people of the 30th District thank you for the honor and privilege to serve you.”