Q&A: What is happening with Wisconsin’s voter purge? 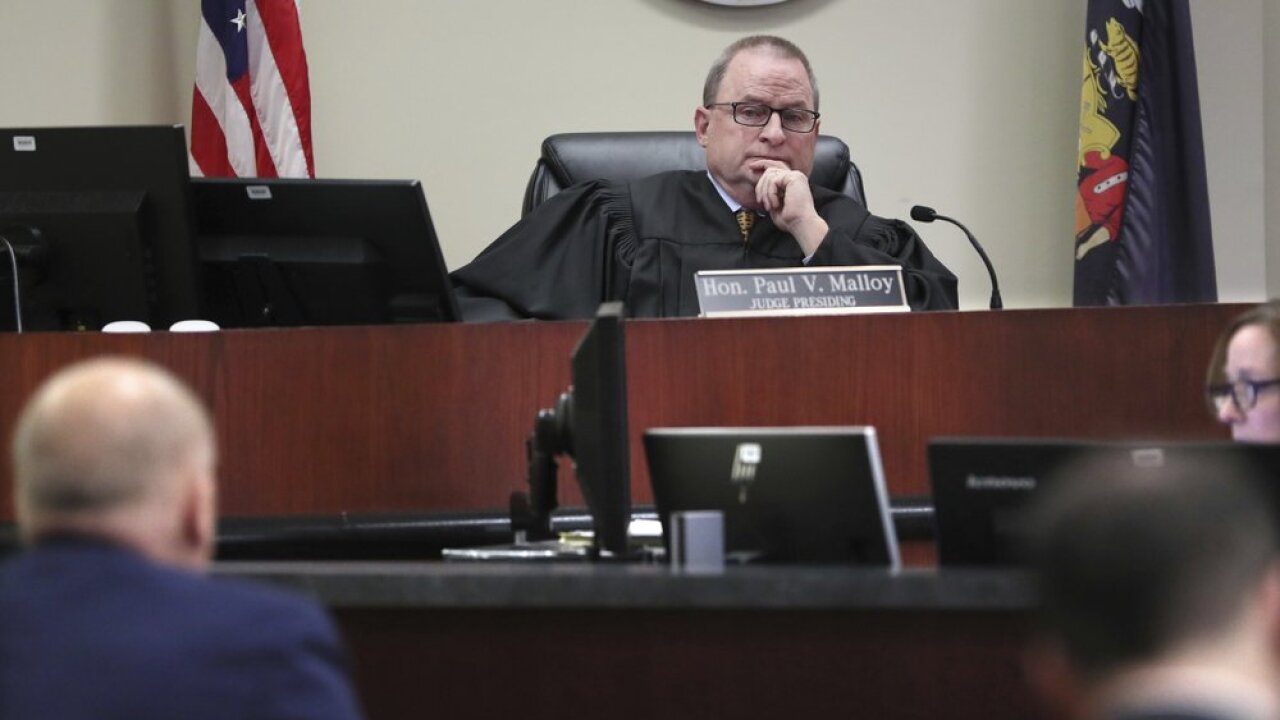 Ozaukee County Circuit Judge Paul Malloy listens to attorneys from both sides Monday, Jan. 13, 2020 before making his finding at the Ozaukee County Courthouse in Port Washington, Wis., where Judge Malloy held state election officials in contempt of court for not following his order to remove thousands of people from the voters rolls. (Michael Sears/Milwaukee Journal-Sentinel via AP)

MADISON, Wis. (AP) — The ongoing fight over whether 209,000 people in Wisconsin should be removed from voter registration rolls has pit liberals against conservatives in the closely divided battleground state. President Donald Trump narrowly won Wisconsin in 2016 and it is expected to be one of a handful of swing states that will decide the this year’s election. That’s heightened attention on the fight over the voters who face being kicked off the rolls before November.

Here is a closer look at what’s going on:

WHO ARE THE VOTERS WE ARE TALKING ABOUT?

The Wisconsin Elections Commission identified about 232,000 people who were flagged as possibly having moved, based on a review of official documents such as Wisconsin motor vehicle records, out-of-state voter registration and motor vehicle records, and a change of address database maintained by the U.S. Postal Service. Those people were sent a mailing in October saying they should have re-registered to vote if they had moved since they had last voted. If they hadn’t re-registered, they were told to contact the elections commission. They were not told that they faced deactivation by doing nothing.

SO WHAT IS THE PROBLEM?

The conservative Wisconsin Institute for Law and Liberty filed a lawsuit arguing that state law required anyone who didn’t respond to the mailing within 30 days to have their voter registration deactivated. The elections commission didn’t want to take any action until next year because of concerns that some people who received the mailing had not moved and could be deactivated anyway. The commission was worried about moving too fast because in 2017, people were deactivated who had not moved.

WHY IS THIS A PARTISAN FIGHT?

Voters do not register by political party in Wisconsin, so it’s impossible to know how many of the targeted voters are Republicans or Democrats. But more people in Democratic strongholds than Republican areas received the mailing, fueling concerns from liberals that the case was about suppressing their votes. Republicans argue that it’s about ensuring voter rolls are clear of people who may have moved and should not be registered at their old address.

WERE THE VOTERS PURGED FROM THE ROLLS?

No. A judge ordered them to be deactivated, but an appeals court on Tuesday put that ruling on hold. Because the state Supreme Court refused to take the case away from the appeals court, it likely will be months before the case winds its way through the court system and there’s a final decision. That means it’s unlikely that any of the 200,000-plus voters will be taken off the rolls before the presidential election.

WHAT ABOUT THE ELECTIONS COMMISSION? IS IT NONPARTISAN?

Sort of, but not really. The commission consists of three Republicans and three Democrats. They split along party lines over whether to proceed with removing the voters following the first court order to do so. Because they didn’t take action, a judge on Monday found the three Democrats who voted against the purge to be in contempt. But that ruling got put on hold by the appeals court less than a day later.

The lawsuits will continue. But while they do, no voters will be deactivated. And even if they are at some future date, voters in Wisconsin can always register at the polls on Election Day. That has been one of the arguments that Republicans point to when arguing that deactivating the voters now doesn’t really harm them because they can always register again, even when they show up to vote.