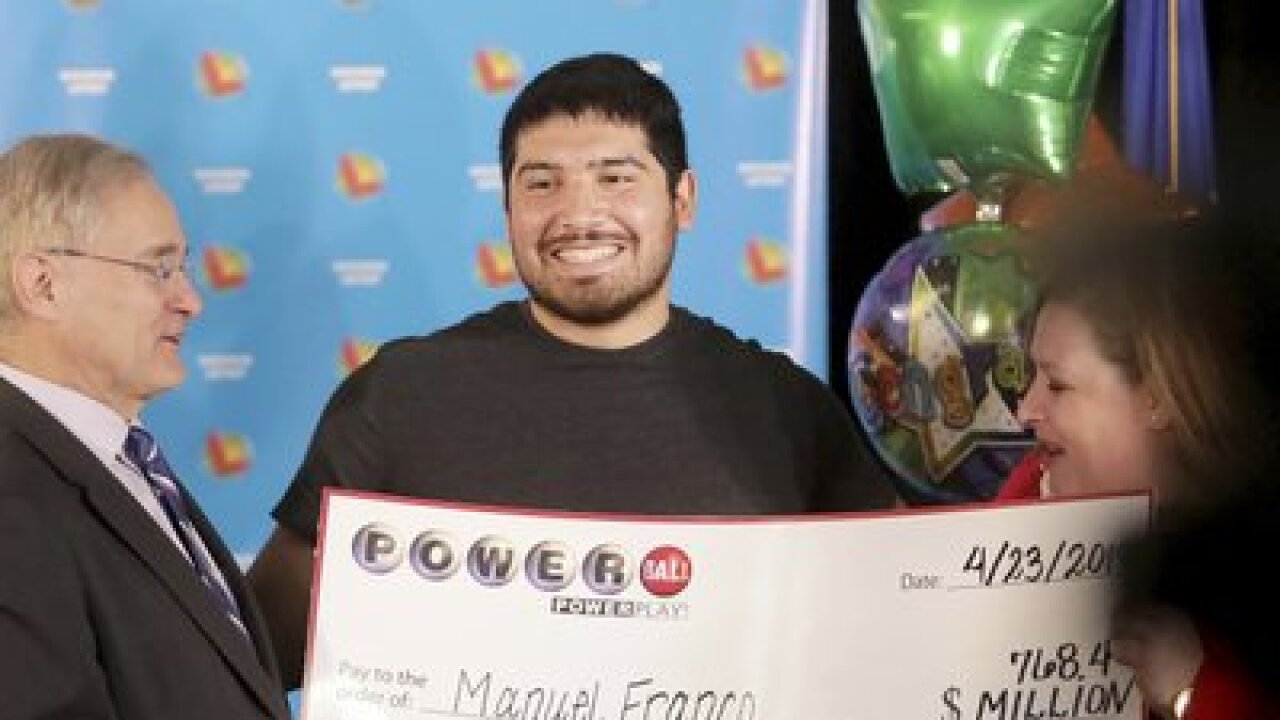 MADISON, Wis. (AP) — The Latest on the winner of a $768 million Powerball jackpot drawn in March (all times local):

Two Republican lawmakers are introducing a bill that would allow lottery winners in Wisconsin to remain anonymous.

Franco said at his news conference that he felt a sense of paranoia after he realized he won. He says he thought somebody was behind him every day and he kept the winning ticket in a safe.