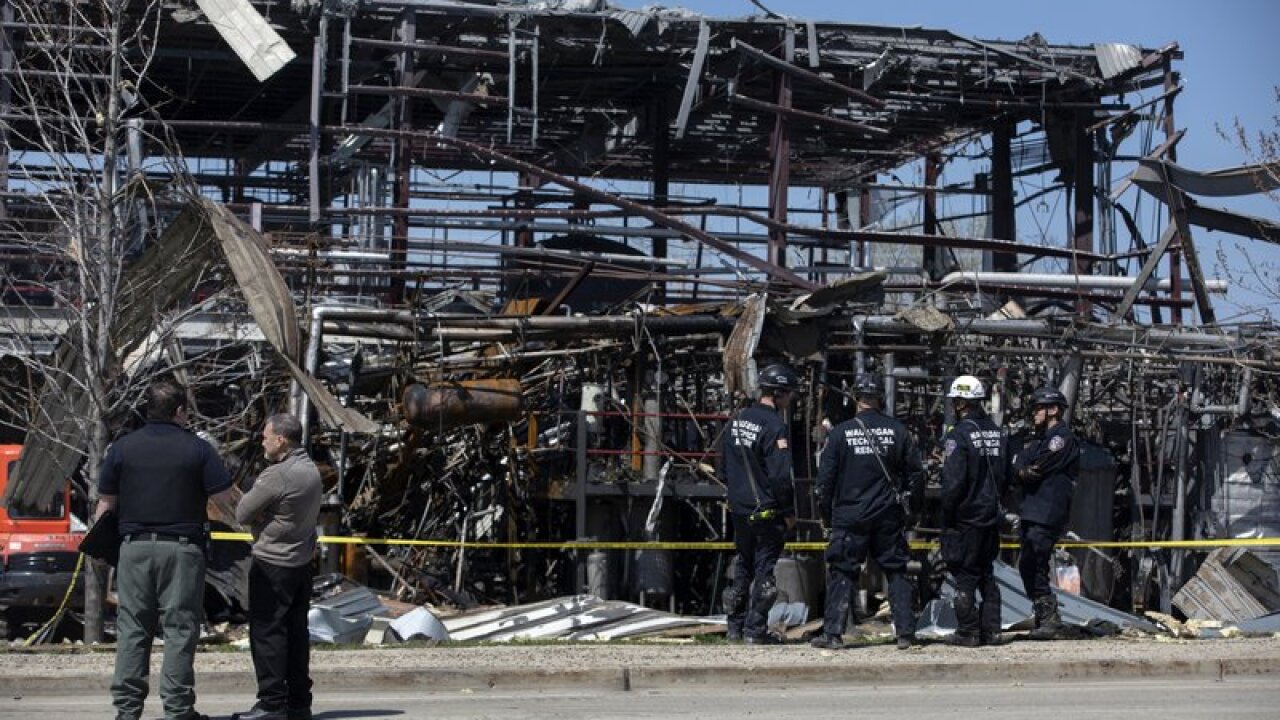 Debris can be seen as emergency personnel and others search and clear the scene of an explosion and fire at AB Specialty Silicones chemical plant Saturday, May 4, 2019, in Waukegan, Ill. An explosion and fire at an Illinois silicone factory was believed to have killed three people, authorities said Saturday, as they recovered the body of one victim while suspending the search for the other two. (Erin Hooley/Chicago Tribune via AP)

WAUKEGAN, Ill. (AP) — Crews have recovered the body of another victim of an explosion at a northern Illinois silicone plant that left four workers dead.

Waukegan Fire Marshal Steve Lenzi says the body was recovered late Tuesday from the rubble of the AB Specialty Silicones factory in Waukegan, about 50 miles (80 kilometers) north of Chicago. The identity of the victim hasn’t been released.

Lake County Coroner Howard Cooper says an autopsy of the fourth victim is set for Thursday.

Lenzi has said there is no evidence of foul play and the explosion appears to be the result of an accident within the processes at the factory.