Single mom in Wisconsin goes from homeless to homeowner 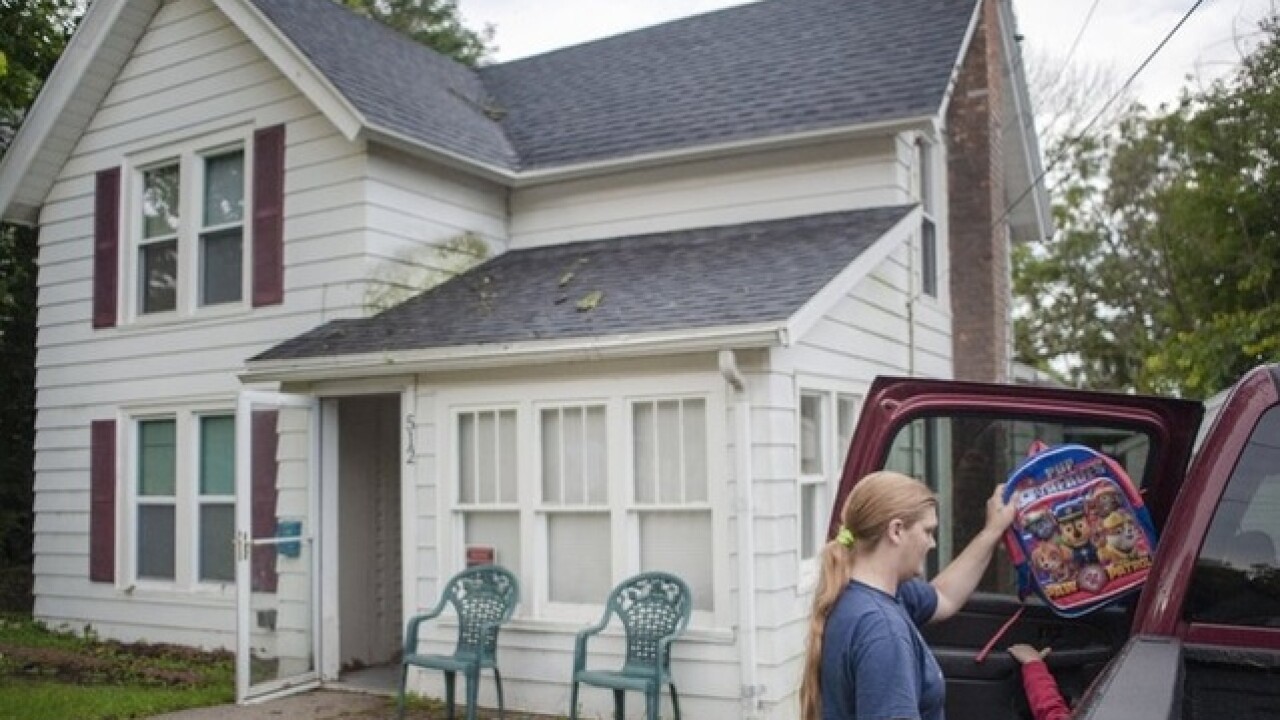 Jennifer Deuel insists anyone could have navigated the rocky path she took to home ownership.

“I’m just a regular, average person trying to take care of my kids and do good things and do something with my life,” she told the Janesville Gazette. “If you want it to happen bad enough, you will make it happen.”

But to hear praise from the people who helped her climb out of rock bottom, it’s clear Deuel’s story is anything but ordinary.

Four years after she had nothing left but a stroller and a garbage bag of clothes, Deuel purchased her own home on Garfield Avenue.

She and her two sons — Adam Stephens, 6, and Alex Stephens, 4 — have lived there for about a year.

She regained her footing after escaping a domestically violent relationship, being homeless while raising a special needs son, being pregnant with her second child and bouncing between rundown rentals.

Along the way, she fought through what city officials say are housing challenges common for low-income residents made worse by an extraordinarily tight housing market.

Inside City Hall, Deuel is lauded as one of the biggest successes to have passed through city Housing Services Division programs. She took advantage of federal programs administered by the city to help pay rent and later help make the down payment on her house.

“When we are talking to new landlords or really trying to get the positive message about the (rental assistance) program out there, clients like her are the best example that we have,” said Laura Jones, a city housing specialist who works with program recipients. “This is what the program is here for, this is why we’re here, and this is what this funding is doing.”

City officials feel obligated to make such a pitch because their clients often have a hard time finding a place to live, especially amid a housing shortage.

Some landlords think those in the program are unreliable tenants or, worse, freeloaders.

Her story begins with a shaky upbringing in Janesville. A father she never met until she was 16. A mother who did her best despite having mental health issues.

Deuel, 33, described herself as a “troubled teen,” one who had a volatile relationship with her mom and skipped school to avoid being bullied.

She then started dating the man who later became the father of her two kids. It started out fine, but she eventually realized she was a victim of domestic violence, she said.

She recalls the abuse as being physical, emotional and mental. She was not allowed to have a job or see friends, and she couldn’t go to the grocery store without receiving incessant phone calls wondering where she was.

It took Deuel several tries to leave, but she finally left for good in 2013, eight years after the relationship began. For all its faults, the relationship had provided a place to live, making it more difficult to move out, she said.

“People don’t realize it takes everything, it takes everything you’ve got. It destroys you mentally,” Deuel said. “It took away any piece of self-esteem I had. It took me a whole year after I left to rediscover who I was and find myself again.

“A lot of people think it’s an easy walk in the park. You leave, and you call the police, and it’s over. But it doesn’t happen like that.”

Leaving was the first step to recovery. But it left Deuel homeless and pregnant with Alex while raising Adam, then 6 months old.

“The last time I left, I left with the clothes on my back, my son, a stroller and a garbage bag of my kid’s clothes,” she said. “That is exactly what I started with.”

She spent time at the House of Mercy, the YWCA shelter and in YWCA’s Transitions for Women program. Once her stays there ended — they all have time limits on residency — she stayed at the home of a relative, whose help she said was essential.

But her sons were her saving grace. Without them, her story would be different. Maybe she’d be a drug addict, she thinks.

Deuel eventually secured rental assistance — otherwise known as Section 8 — and moved into her own apartment in 2014.

But the places she lived were unfit to raise two boys. One was overrun with mice. Another was infested with bats. A different place had neighbors whose arguments were so boisterous they occasionally forced Deuel to leave because she felt unsafe, she said.

Federal Section 8 funding allows Janesville to subsidize rent for about 540 families who must pass background checks before getting a voucher. The city initially will cover about 70 percent of rental expenses while the resident pays the rest, Housing Services Director Kelly Bedessem said.

As clients’ incomes begin to stabilize, the city’s portion of rent coverage diminishes until the client is fully paying his or her own rent. If clients don’t follow the rules, they can be terminated from the program, she said.

Janesville also administers home improvement programs and one that subsidizes down payments for first-time home buyers — which helped Deuel close the deal on her house.

The city’s Section 8 waiting list has been closed since 2017, demonstrating the need for affordable housing. Bedessem thinks the list will reopen in spring.

All summer long, Janesville officials have touted the need for more housing across all sectors.

Single-family homes and market-rate apartments would help encourage job seekers to move here. City officials and developers believe creating space at the top end of the housing market could free up homes for working-class residents.

Bedessem said it’s common for low-income families to stop by the housing services office and say they can’t find a place to live. Those people likely couldn’t afford rent at two market-rate housing developments in progress — the Corner Block on Parker and an unnamed venture near Racine Street and Interstate 90/39.

Council member Sue Conley, who spent much of her nonprofit career working with homeless people, said the city can’t tell developers what to build. But the city can at least make affordable housing part of those preliminary conversations.

“We can’t forget about the other end of the spectrum. We can’t just focus on high end,” said Conley, who noted that she sees the value in the Corner Block on Parker project. “We have to be cognizant of the full spectrum of folks that need housing.”

Even though Jones didn’t work directly with Deuel, she said the case gives her “goosebumps.” She called it the ultimate reward to see clients turn their lives around, and the speed at which Deuel did it is testimony to her determination.

But Jones didn’t want to consider her an exception. Many people in Janesville face similar challenges. Calling Deuel an exception might imply nobody else could escape their predicaments.

“There’s a side of Janesville that we just don’t see because we’re not involved in it. We don’t come across it, so it’s not in our periphery,” Jones said. “Her story is very symbolic of a lot of people in Janesville, so her success story is also symbolic of where these people can go and what the program can do for them.”

Deuel echoed that and said wisdom and work ethic can help anyone overcome challenges. Even if life beats you down, you can’t afford to give up, she said.

But her success still feels tenuous. When she got approved in spring for supplemental security income to cover Adam’s medical bills, she lost her FoodShare benefits. She also faces losing her own health care coverage.

Losing her sons’ health care and the daycare assistance that allows her to send them to Community Kids Learning Center — a place she considers family — would be devastating, she said.

Making one wrong choice could undo all her hard work, she said.

Deuel doesn’t have much time to sit and worry. Besides raising her sons, she works full time as a certified nursing assistant at Edgerton Care Center and is taking classes at UW-Whitewater at Rock County to further her nursing career.

She wants to become a nurse practitioner, a process that will take the next several years.

The certificates she’s already earned hang on her wall above a photo collage of her and her sons. One photo shows the family standing outside their home with a sign that reads “Sold.”

When she does get a quiet moment, she sometimes sits on her stairwell to reflect, surrounded by her sons’ red, green and blue handprints painted on the walls.

It’s a sign of permanence inside the modest home.

“I can’t have a landlord tell me I can’t have a dog, or I can’t put my kids’ handprints on my walls so that way when they’re older, my hallway still looks like that,” Deuel said.

Tears welled in her eyes.