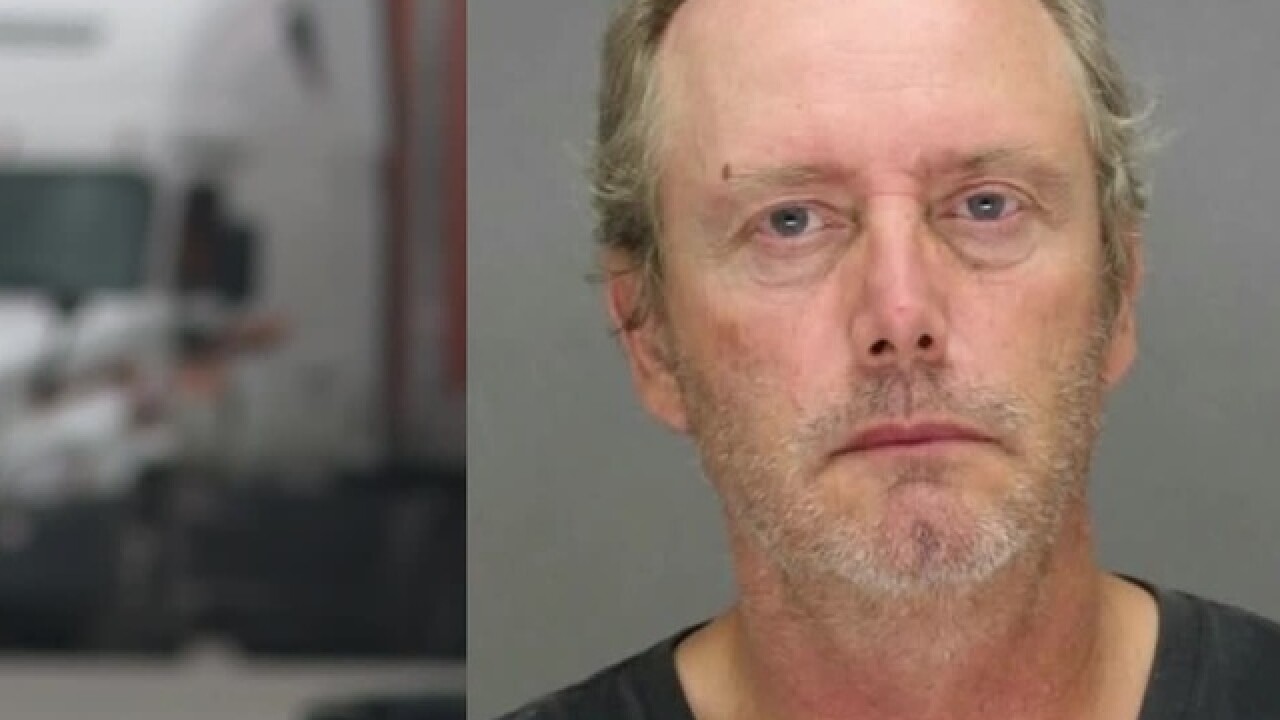 A 58-year-old registered sex offender has been arrested for allegedly trying to coerce a young teenager into a sex act.

Brown County deputies say the boy escaped the situation at a Bellevue truck stop. Deputies with the Sheriff's Office say Brian Wickersham, who's a trucker, was on a five-day road trip with the young man.

Along the road trip, the teen says he experienced three different instances where the 58-year-old man touched him sexually. The teen says when they arrived at a truck stop, Wickersham sent him a text message asking for a sexual favor.

According to the criminal complaint, the teen went into a gas station, and told someone inside, "He was deathly afraid of Brain and terrified of what he might do to him if he stayed in the semi or fell asleep again."

When deputies arrived, they verified the text and arrested Wickersham.

Wickersham has three previous sexual assault charges on his record. He is currently being held on a $50,000 cash bond at the Brown County Jail. He's due in court again for his most recent charge next week.