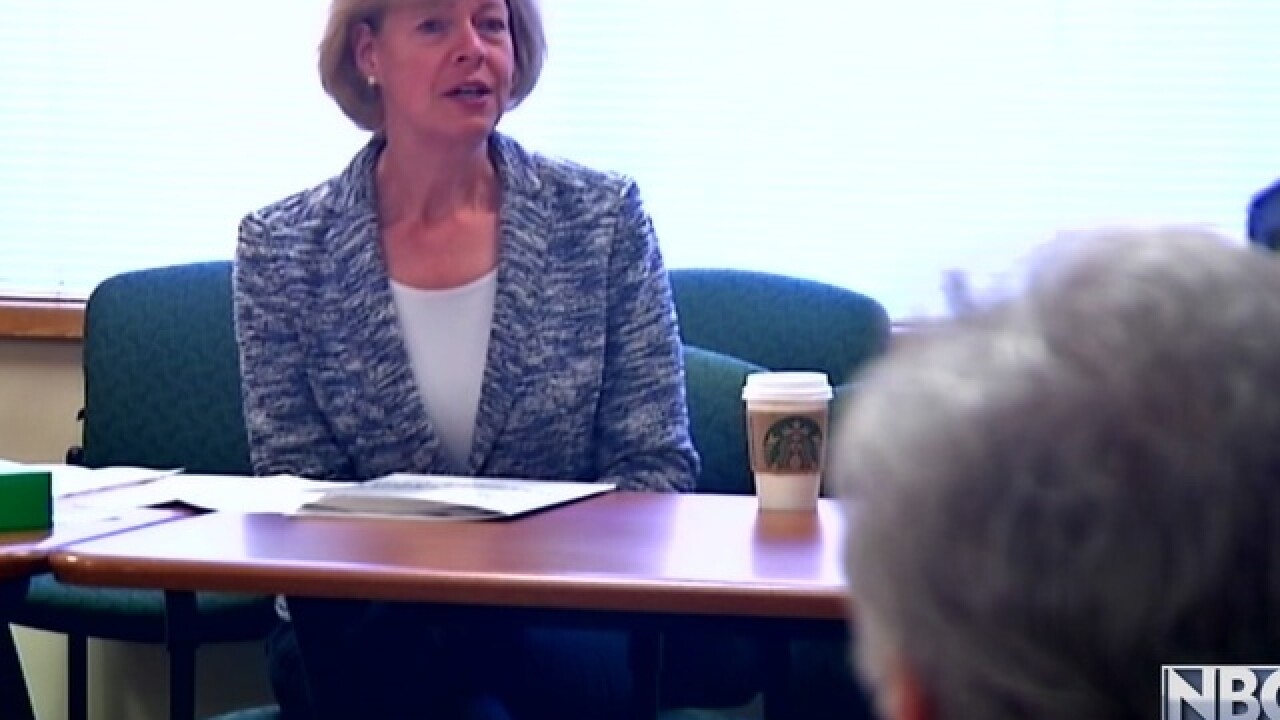 U.S. Sen. Tammy Baldwin announced Thursday that she will join fellow Democrats in opposing President Donald Trump's pick for the Supreme Court, saying Brett Kavanaugh would "turn back the clock on a woman's constitutional right and freedom to make her own health care choices."

Baldwin's decision was not unexpected and came three days after she voiced concerns about Kavanaugh, a federal appeals court judge, but did not say whether she would endorse him or not. Baldwin, who is up for re-election in November, also opposed Trump's last pick for the Supreme Court, Neil Gorsuch.

Wisconsin's other senator, Republican Ron Johnson, said earlier this week that he supports Trump's decision to replace retiring Justice Anthony Kennedy with Kavanaugh and was looking forward to a quick confirmation.

Baldwin said that "powerful special interests in Washington" selected Kavanaugh, not the people of Wisconsin.

"At a time when so many in Washington are working to overturn the law of the land that helps provide affordable health care for 133 million Americans with pre-existing conditions, including more than two million Wisconsinites, we cannot afford a nominee who could serve as the deciding vote to take us back to the days when powerful insurance companies wrote the rules," Baldwin said.

She also said that Trump vowed to only appoint judges to the Supreme Court who would overturn the Roe v. Wade ruling that legalized abortion. Baldwin, like other Democrats who oppose Kavanaugh, cited concerns that abortion could be banned as a reason to not support him.

"The stakes are too high for the American people, who do not want the Supreme Court to advance a political agenda to overturn the law of the land on health care for people with pre-existing conditions, women's reproductive health, and the constitutional rights and freedoms of all Americans," Baldwin said.

Baldwin's opposition came after Democratic Senate Majority Leader Chuck Schumer of New York joined all of the Democrats on the Senate Judiciary Committee earlier this week and asked Americans to rise up against Kavanaugh's nomination.

Both of the Republicans running for a chance to take on Baldwin in November support Kavanaugh.

Republican state Sen. Leah Vukmir said that "Baldwin's obstruction on Judge Kavanaugh's appointment is proof that she'd rather stand with her liberal activist San Francisco donors than uphold the Constitution. When Wisconsin voters elected President Trump, they knew he'd choose judges who would uphold the Constitution. Sen. Baldwin's no vote will directly contradict the will of the people."

Republican Kevin Nicholson, who is running against Vukmir, has also been a strong supporter of Kavanaugh.