Semi driver dead in I-43 crash in Bellevue; one lane remains closed 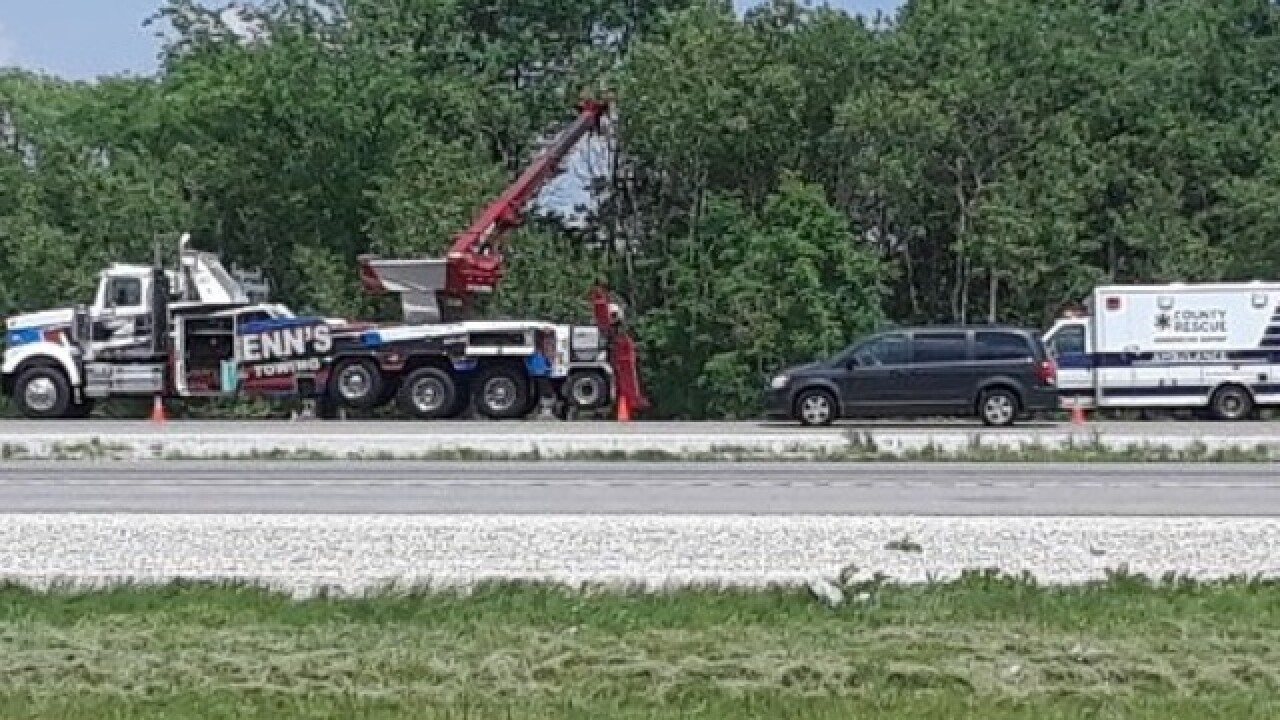 The Brown County Sheriff’s Office is investigating a one vehicle crash involving a semi-tractor trailer. The semi was traveling north on Interstate 43 about one mile north of Highway MM when it veered off the road and came to rest in a wooded area adjacent to the interstate. The semi driver was pronounced dead at the scene of the crash and was the only occupant.

One lane of Interstate 43 is expected to remain closed for the next 3 to 4 hours while officers investigate the crash scene and crews remove the semi.

The cause of the crash remains under investigation, according to the Brown County Sheriff's Office.