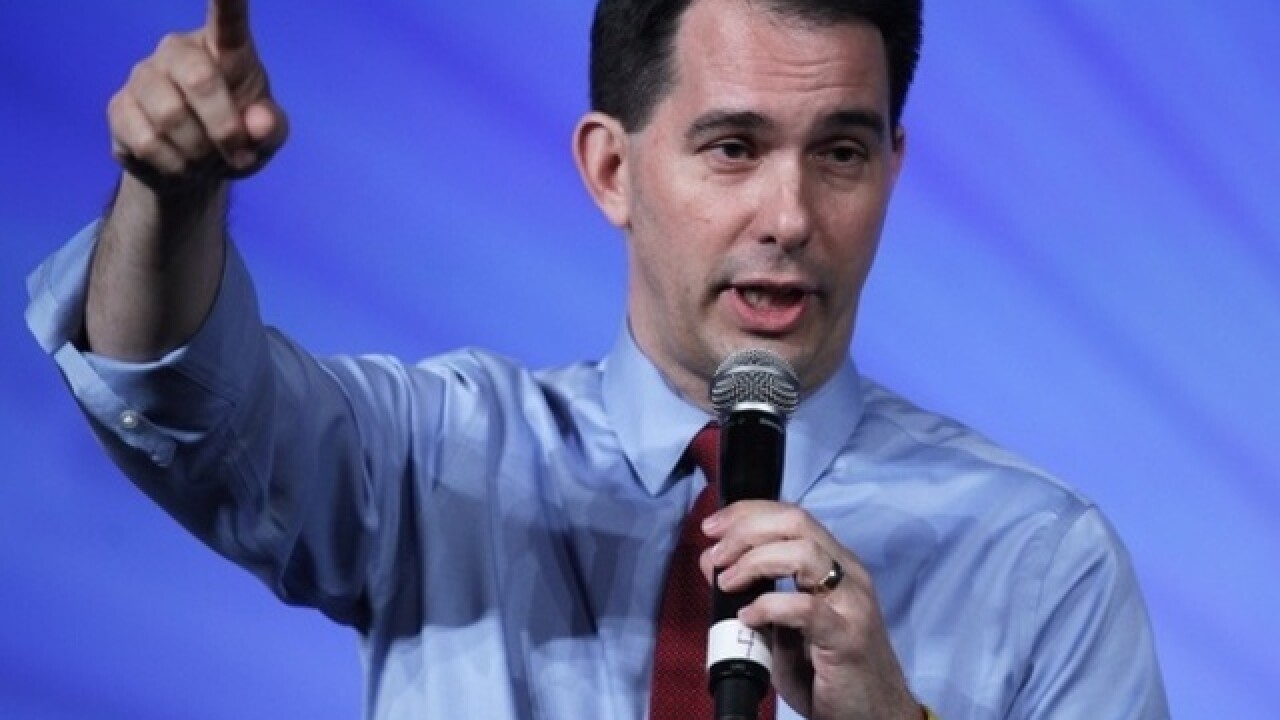 Walker says he called Evers on Wednesday to concede defeat. The two-term Republican incumbent had held off conceding because the race was so close, but his campaign decided Wednesday there were not enough votes in play to change the outcome.

Based on unofficial results, Evers won by about 31,000 votes.

Walker says in a statement that he offered the full support of his staff and Cabinet to Evers as he begins the transition.

Walker had expressed concern about 2,000 absentee ballots in Milwaukee that had been reconstructed due to errors or damage. But Walker's campaign says in a statement that it determined there weren't enough votes in question to change the outcome of the race.

Evers is slated to be sworn into office Jan. 7.

First, I want to thank God.  Win or lose, God’s abundant grace is more than enough for any of us.

Next, I want to thank my family.

My wife Tonette is amazing. She has been my rock and the core of our family.  She has been a tremendous leader on addressing the issue of trauma. I love her so very much and am grateful that we will spend the rest of our lives together.

Our son Matt is amazing. He lives and works in Milwaukee and started a digital marketing firm with a few other guys this year called Platform Digital. We are so proud of him.

Our other son Alex is equally amazing. He worked for Leah Vukmir’s campaign as the political director and did an amazing job. We are so proud of him.

My mother has been unbelievable throughout my life – and again during this campaign.  I am so grateful for her love and her example of how to love others.

It was great to travel with my brother, David, on Election Day. I am so glad that he, my sister-in-law, Maria, and my nieces Isabella and Eva live close by. I love them dearly.

Thanks to all our other family and close friends who’ve been with us every step of the way.

It was odd not having my Dad physically with me on Election Day. I know, however, that he is with our Heavenly Father and that brings me comfort for the future.

Thank you to all of our amazing supporters who worked so hard and gave so much of their time, talent and treasure to our efforts. I am so deeply grateful for their help!

Thank you to our campaign team and the team at the Party through the leadership of Joe and Keith, Brad and Mark. Thanks to R.J., Deb and Bill and the rest of the team.

Thanks to Eric and Ellen and all of our official staff and cabinet and the rest of the team in the administration. I am so thankful for their devotion to public service.

Thanks to Tony Evers for his gracious comments on our call today. I offered the full support of my staff and our cabinet as he begins the transition process.

Finally, thank you to the voters of the great State of Wisconsin. It has been my honor to serve as your Governor for nearly eight years. We’ve come a long way together and it is my sincere hope that the progress we’ve made during our time in office will continue and that we can keep Wisconsin working for generations to come.

Thank you and may God bless the people of Wisconsin.

·       Last night, Friends of Scott Walker was awaiting additional information on the nearly 47,000 additional ballots the city of Milwaukee announced late, as a result of ballots that had been damaged and had to be recreated.

·       Lt. Gov. Rebecca Kleefisch’s remarks about the possibility of a recount [press.scottwalker.com] were made based on information showing the governor with a slight lead over Tony Evers, with the announcement of the additional Milwaukee ballots occurring just as she was arriving to take the stage at the Ingleside Hotel in Pewaukee.

·       After inquiring further about the additional ballots in Milwaukee, Friends of Scott Walker determined that any change in the result would not be significant enough to determine the outcome of the election, despite its close margin and questions about how the city of Milwaukee executed its election night operations.​