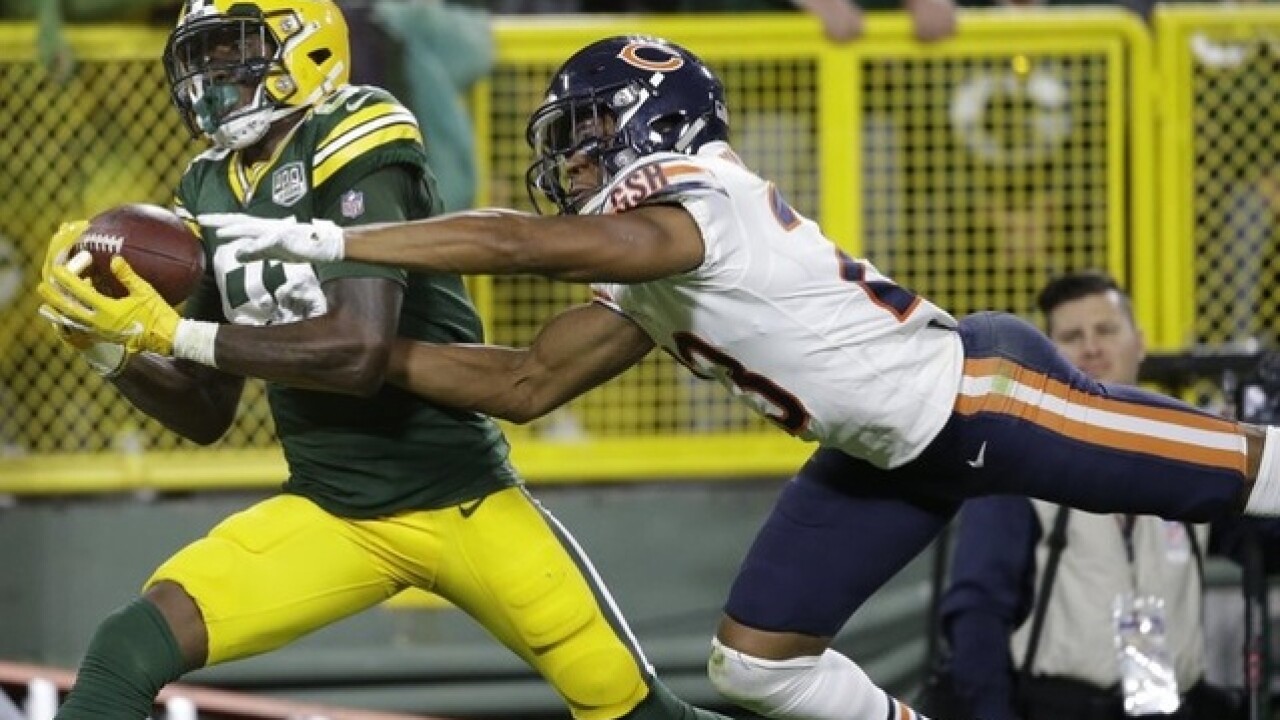 Aaron Rodgers threw three touchdown passes in the second half after returning from a knee injury, and the Green Bay Packers overcame a 20-point deficit for a thrilling 24-23 win over the Chicago Bears on Sunday night.

Rodgers, who was carted off in the first half, connected with receiver Randall Cobb for a catch-and-run through the secondary for a 75-yard touchdown and the go-ahead score with 2:13 left in the game.

Nick Perry sacked the Bears' Mitchell Trubisky on fourth-and-10 with 58 seconds to complete the comeback.

A Chicago defense featuring newly acquired star linebacker Khalil Mack dominated until the third quarter. Mack had a 27-yard interception return for a touchdown against backup quarterback DeShone Kizer in the second quarter.

A gimpy Rodgers returned in the second half and finally figured out the Bears. He also found Davante Adams and Geronimo Allison for touchdown passes.