Recovery search for Kenosha teen in Lake Michigan called off 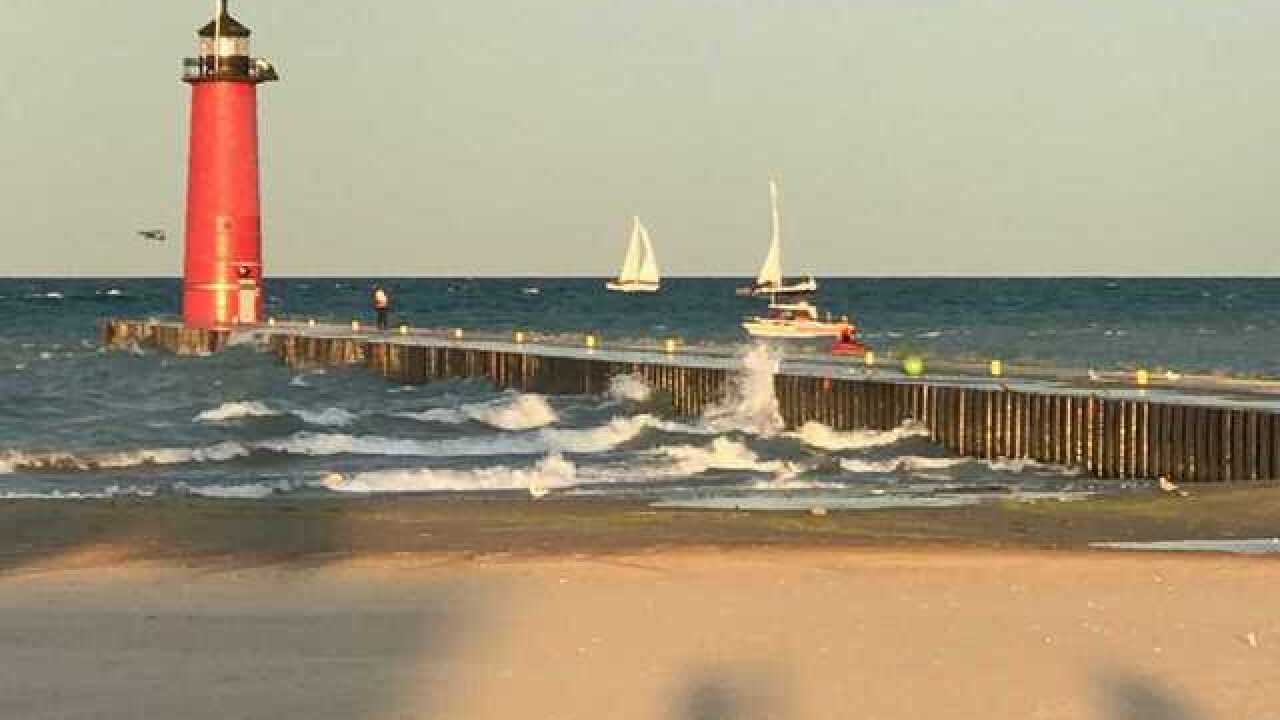 A recovery search has been called off in Kenosha for the body of a teenager in Lake Michigan due to dangerous conditions on the lake. The search will not resume.

A group of Indian Trail High School and Academy students were taking pictures and jumping in the water near the North Pier Thursday. Fire Officials got a call about someone in the water around 5 p.m.

“A kid went in and he was not able to get out. Witnesses saw him go under and he never surfaced again,” said Ryan McNeely, Division Chief of Training and Safety for Kenosha Fire.

Crews temporarily called off the recovery search around 8:30 p.m. Thursday and started again Friday morning with help from about a dozen agencies.

“The plan this morning is to kind of do a sonar of the channel and out into the lake where he was last seen. We’ll look at those images and decide if we’re going to put some divers in if we think we have something,” said McNeely.

“It’s 50 degrees under the water so it’s cold. We can only put them down there for so long. We can’t see anything so they’re searching just by feel,” said McNeely.

Bert Unsinn was in the area right after the 17-year-old went in.

“The one girl jumped in last night and tried to save him,” said Unsinn.

“She was just saying where’s my son, where’s my son and then finally when they told her that there’s nothing it’s been too long she almost collapsed and they had to grab her... My heart breaks for her,” said LaChance.

Crews had gone up and down the harbor focusing on the north side of the pier.

Former Dive Team member James Hall said he has been by the water since last night.

“I would say last night was a little more rougher compared to today, especially on the other side of the channel,” said Hall.

Fire Officials had said crews might work until 7 p.m. The search was called off at about 4:45 p.m.

"Be wary of Lake Michigan. It’s a dangerous thing if you’re going to go in the water life jackets save lives.  Where there’s posted signs not to go in don’t go in," said McNeely.

Two warning signs are posted on the pier, but many people also want a safety ring in place.

KUSD is saddened by the possibility of the loss of one of our students. We will continue to support our students and staff during this difficult time. Counselors are available at all of our high schools and extra counseling staff are assisting at Indian Trail High School and Academy.