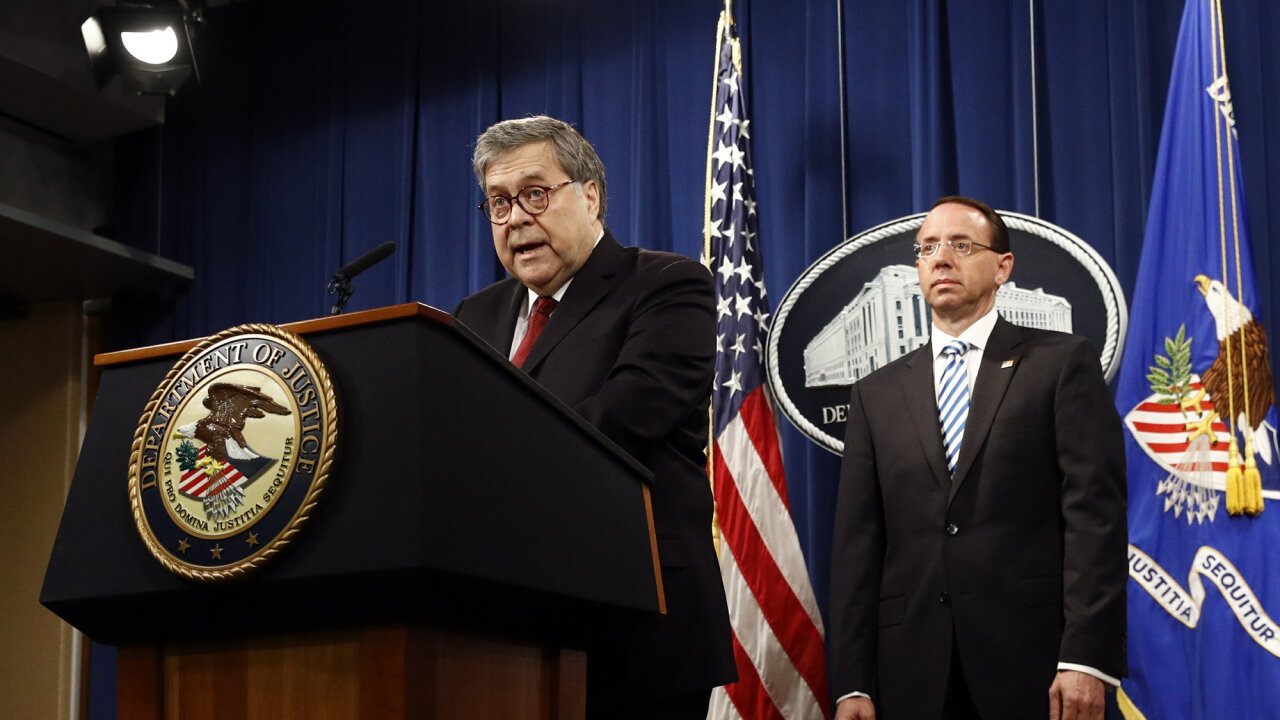 Attorney General William Barr speaks alongside Deputy Attorney General Rod Rosenstein about the release of a redacted version of special counsel Robert Mueller&#39;s report during a news conference, Thursday, April 18, 2019, at the Department of Justice in Washington. (AP Photo/Patrick Semansky)

Trump’s responses are being released by Attorney General William Barr without redactions and comprise 12 pages.

Trump told Mueller he had no recollection of several key events in Mueller’s probe, including a 2016 meeting at Trump Tower between top aides and a Russian lawyer offering aid to his campaign. Trump also told Mueller he had no recollection that he was told that Russian President Vladimir Putin wanted to aid his campaign or hurt Hillary Clinton’s 2016 effort, or that any foreign leader wanted to help his candidacy.

Trump declined a sit-down interview request from the special counsel.