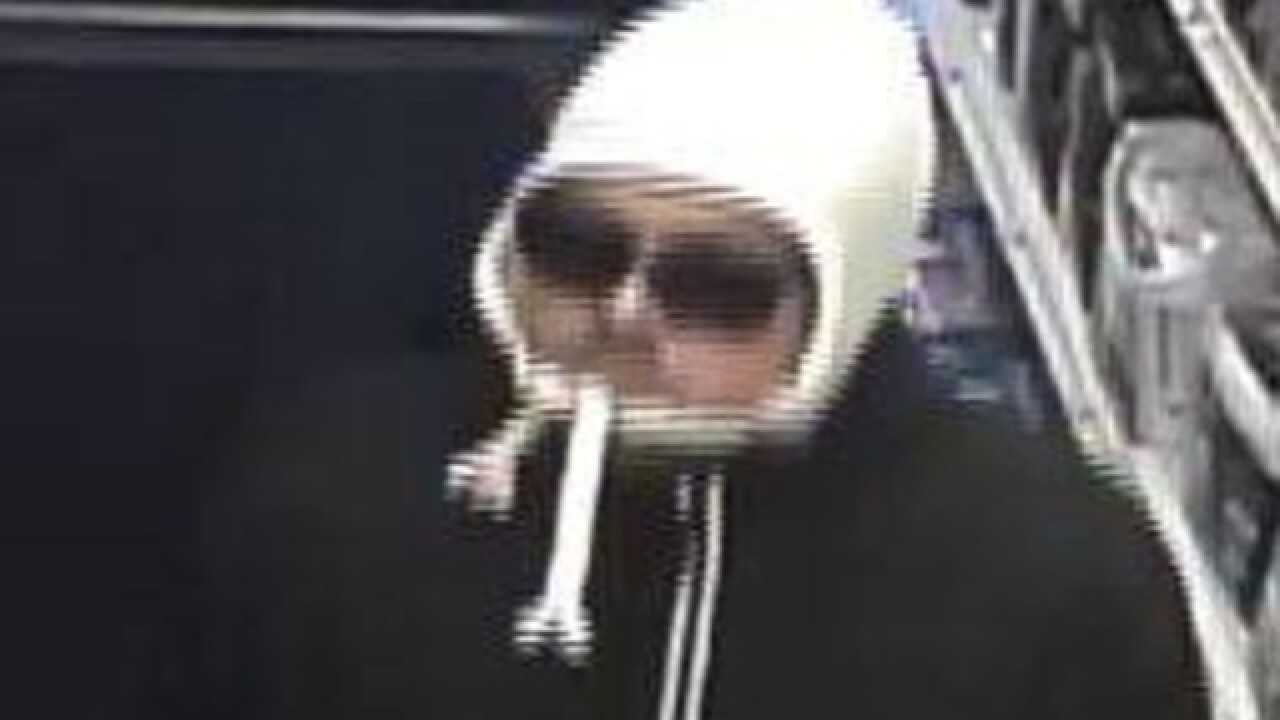 Police are searching for an armed robbery suspect accused of stealing narcotics from a pharmacy.

The Pulaski Police Department is investigating an armed robbery that occurred around 8:55 a.m. Tuesday at the Pulaski Pharmacy on St. Augustine St.

Police say a man walked into the pharmacy and handed the clerk a note stating he hand a gun. Police say he ran off after taking an undisclosed amount of narcotic drugs.

The suspect was wearing a white knit winter hat with side tassels, dark sun glasses, blue jeans, and light colored athletic shoes. His coat was a black, puffy, winter coat with hood that had a maroon inside. The coat appears to have an emblem on the back.

If anyone has any information concerning this case please call the Brown County Sheriff’s Office at (920) 448-4230 or the Pulaski Police Department at (920) 822-5110. Callers can remain anonymous and may be eligible for a reward by contacting the Green Bay Area Crime Stoppers by phone at (920) 432-7867, through their website at 432stop.com or by downloading the P3 tip app through Google Play or the App Store.