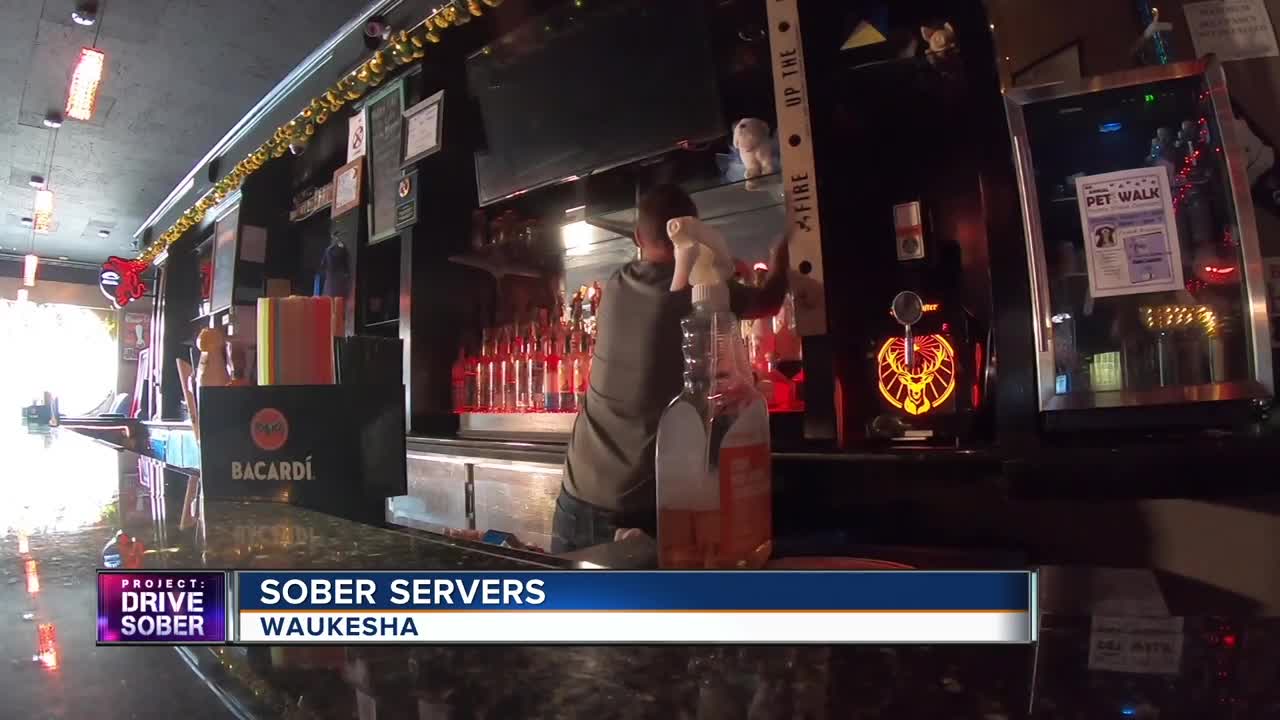 The muffled sound of a dice shaking inside a soft, leather cup.

The loud snap as the dice hit the counter.

It's called Bar Dice. A drinking game commonly played in Wisconsin bars. The game determines who pays for the next round: the customer or the bartender.

Bosco's Social Club in Waukesha has not allowed its bartenders to drink at work since 2013.

For owner Jimmy Dakolias and his wife, Bosco's is their livelihood, "This is what we depend on to make a living so, the people, the bartenders are dealing with money and customers and we want them to be professional at all times."

"They are making money off of the patron coming to consume intoxicants in their place. There should be some type of responsibility also to get them home safely as well," Baumann said.

In 2015 Waukesha Police went undercover and found employees at several bars too intoxicated to know if they over served someone.

"We were able to identify a couple bars that were a high volume of OWI offenders that came from a specific bar," Baumann said.

Seven other cities have done the same thing including Kenosha.

There is no state law regarding sober servers; it's up to each municipality.

"This is unusual that nothing on the books in Wisconsin on that," said Julia Sherman of the Wisconsin Alcohol Policy Project. "I don't think it was an oversight. I think it was an issue that they chose not to address."

She added, "I think it best came up during the debate on the Wausau Sober Serve where one of the aldermen said, 'In what other profession are you encouraged to drink while you're on the job?'"

Getting customers and bartenders home safely is priority at Bosco's.

"They're also not driving," Dakolias said. "If they're leaving they're not driving impaired."

For Dakolias it's about his bartenders being alert and able to sense when someone has had too much.

It's a responsibility that weighs heavily on his and his wife's minds.

"We do not want anybody leaving our bar and driving and getting in an accident and causing bodily harm to anybody."