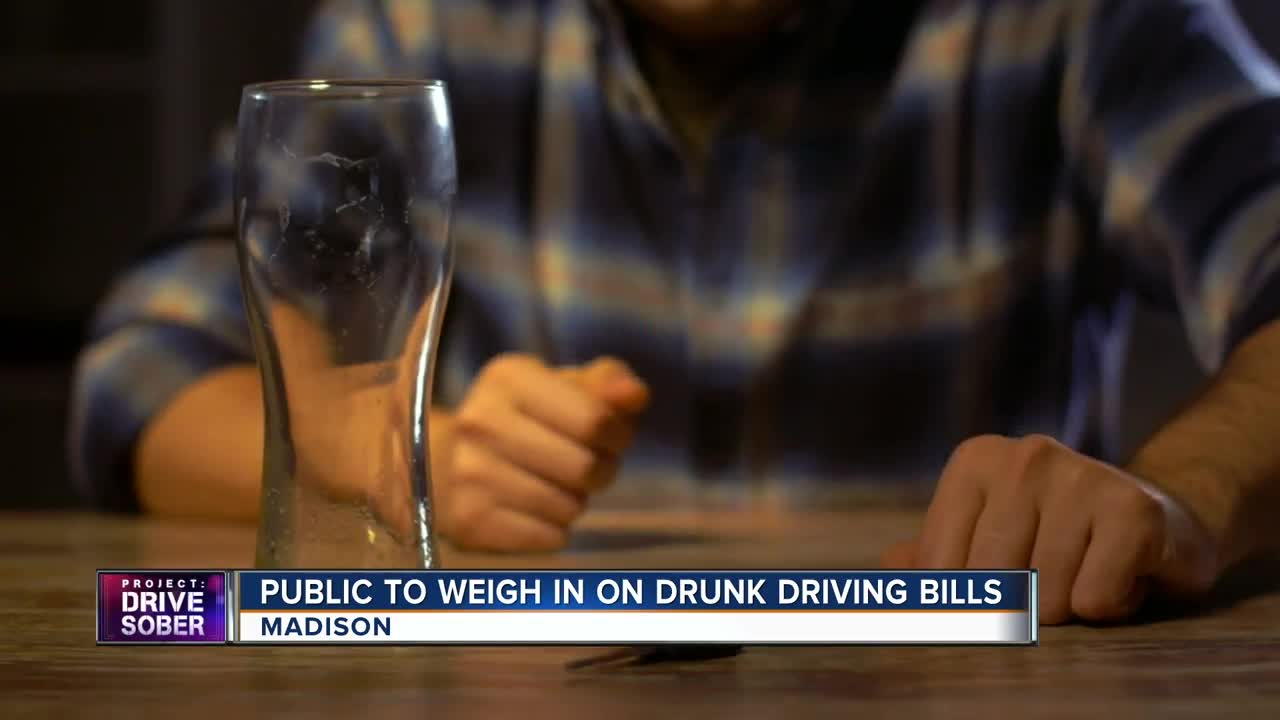 13 OWI bills will be introduced in the Wisconsin state legislature on the same day.

Wisconsin lawmakers will hear from the public Wednesday on 13 different bills that aim to toughen drunken driving laws in our state.

The Senate Committee on Judiciary and Public Safety will hold a public hearing at 10 a.m. where anyone is invited to speak for or against the bills.

"We are the only state in the country that has the first offense drunken driving as a parking ticket," said Sen. Darling.

The bill faces an uphill battle in the Senate.

Sen. Van Wanggaard (R-Racine) is the chair of Committee on Judiciary and Public Safety. He and four other senators will ultimately decide if the 13 bills should receive a vote on the Senate floor.

"When you make it a criminal offense, we have found, and all the other states that surround us, they're up at 30 or 40% recidivism rate," said Sen. Wanggaard. "We're at 24% by not doing that in the state of Wisconsin. Why would I want to increase the number of people that are out there and re-offending? I wouldn't."

He quoted the state's recidivism rate at 24%. But according to 14 years worth of data from the Wisconsin Department of Transportation, the state's rate of repeat OWI offenders is around 38%. So why the difference in numbers?

According to his spokesperson, Sen. Wanggaard referred to data from a UW-Madison study focused on a group of OWI offenders arrested between 2004-2008.

That same study concluded that deterring a first offense is likely to have more impact than a focus on those with four, five or more offenses.

It's something Sen. Darling says Senate Bill 9 will do.