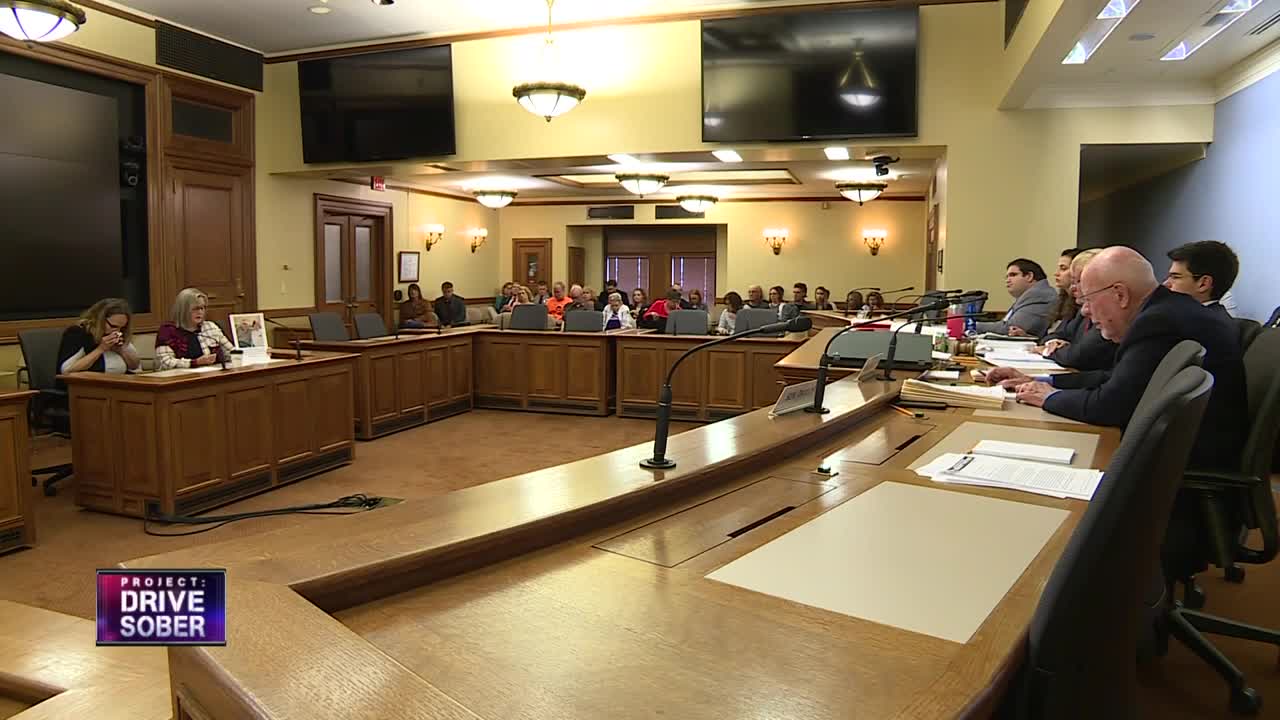 MADISON, Wis. — On an emotional day inside the state capitol, lawmakers heard stories of loss for hours.

“I lost my only child," she said. "I lost the best thing that had ever happened to me.”

Diane Urban and her sister, Donna Johnson, told lawmakers about the night their father was killed.

“This was not an accident, this was a horrific crash,” Urban said.

Each crash was the result of drinking and driving in Wisconsin. At Wednesday’s public hearing, each story came with a plea to senate lawmakers to try to reduce the death’s by passing tougher legislation.

“Please do what is right and good for the people of Wisconsin,” Johnson said.

“We look at punishment, and we look at situations like this where we’ve lost somebody that we love, and I’ve lost several people that I’ve loved to drunk drivers," Committee Chairman Senator Van Wanggaard said. "Yes, I want to see them go through the process and serve the time because there was a loss of life. But I want to gain compliance for all those that didn’t necessarily inure somebody or kill somebody.”

Senator Wanggaard does not support criminalizing a first offense. He is in favor of a bill requiring those offenders to appear in court.

“We have that ability through the court system to make people show up so you’re being confronted, that’s accountability, that is awesome, and that’s really important to do that,” he said.

The committee is expected to take up these bills for a vote sometime later this month. They would then go to the full senate for a vote.