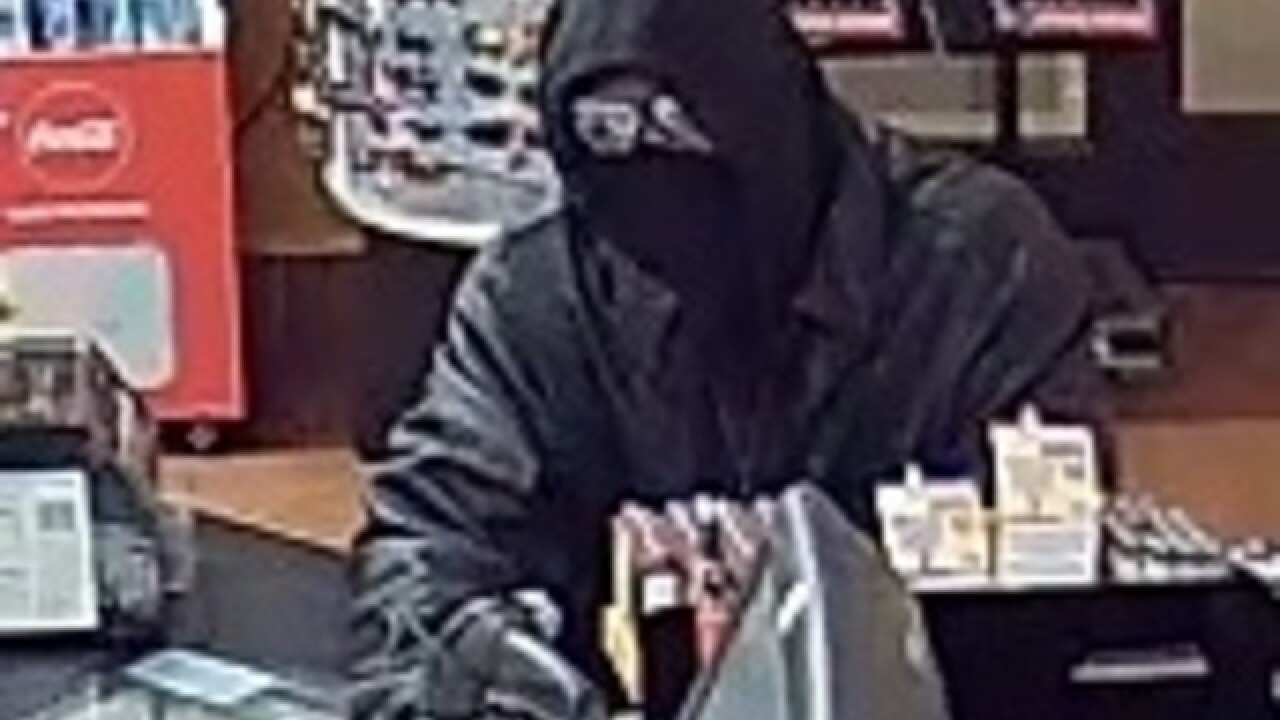 Appleton Police are investigating an armed robbery of a west side convenience store overnight.

It happened early Tuesday morning around 2:37 a.m. Appleton Police officers responded to the report of an armed robbery occurring inside a business in the 1800 block of W. Wisconsin Avenue. A search of the area did not immediately result in a suspect being located.

In a news release from Appleton Police, the victim described the suspect as a male who attempted to conceal his identity with a mask and goggles. Police say the suspect robbed the business while displaying a knife.

The suspect was described as being about 6 foot tall with a slender build. He was dressed in dark clothing. He left the area on foot in a northbound direction. No one was hurt during the robbery.