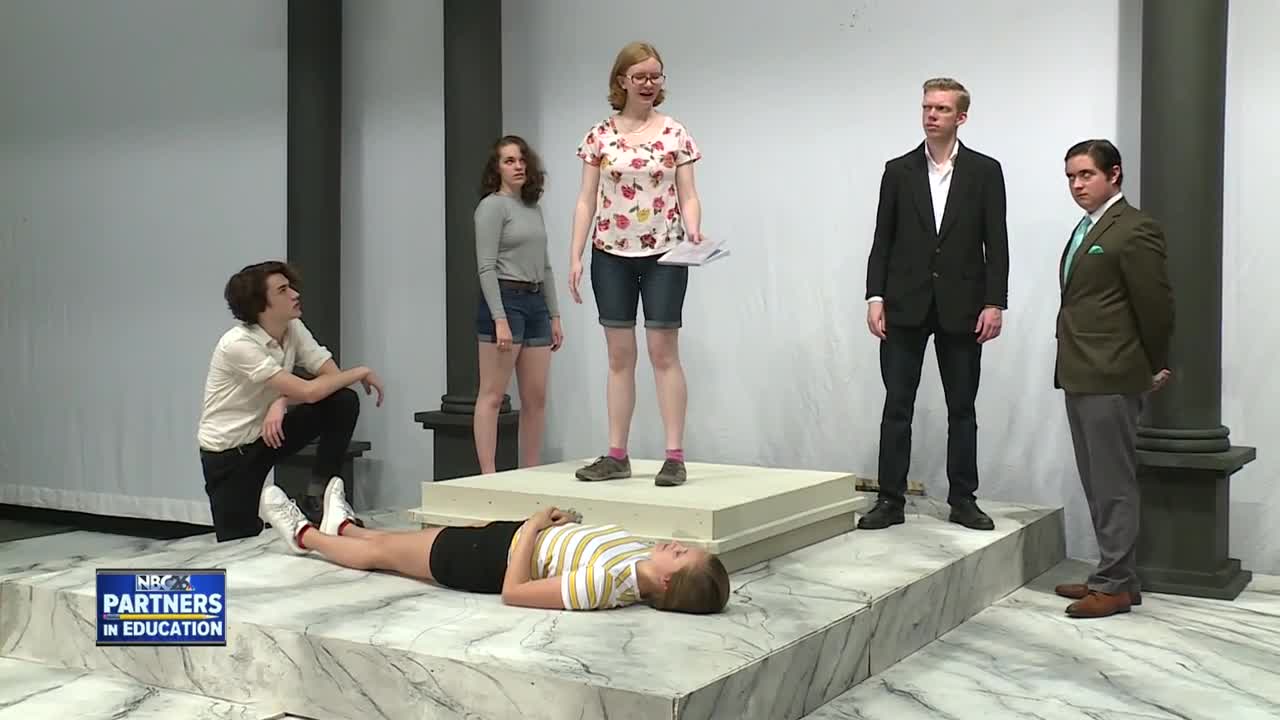 It's one of the most famous plays in history, first performed in 1599. Appleton North High School students want to be sure they're holding up their end to make Shakespeare proud.

APPLETON, Wis. — It's one of the most famous plays in history, first performed in 1599: Julius Caesar. Appleton North High School students want to be sure they're holding up their end to make Shakespeare proud.

"Brutus is a very interesting character, he is made up of doing the right thing all time, and fulfilling a sense of honor," said Demitri Magus, who plays Brutus.

It takes a lot of work to take on one of the most famous plays written by William Shakespeare.

"Background on Renaissance and how Shakespeare wanted his plays to be perceived going into that building your character," said Magus.

The play is based on true events from Roman History, and these students are proud to be a part of it all.

"I've never been in a Shakespeare show before, this is my first time doing one," says Sophomore Emily Hodson. "Memorizing lines, it's a bit of a daunting task."

Senior Carlton Johnson, who also plays Cassius in the play, said he's excited to be working with his friends, again for a second year, he's from Appleton West High School.

"Shakespeare can be scary it can be daunting," says Parker. "It is demanding in ways no other playwright asks of you, the rewards are even greater."

Tickets will be $10. The play will be performed at Appleton North.