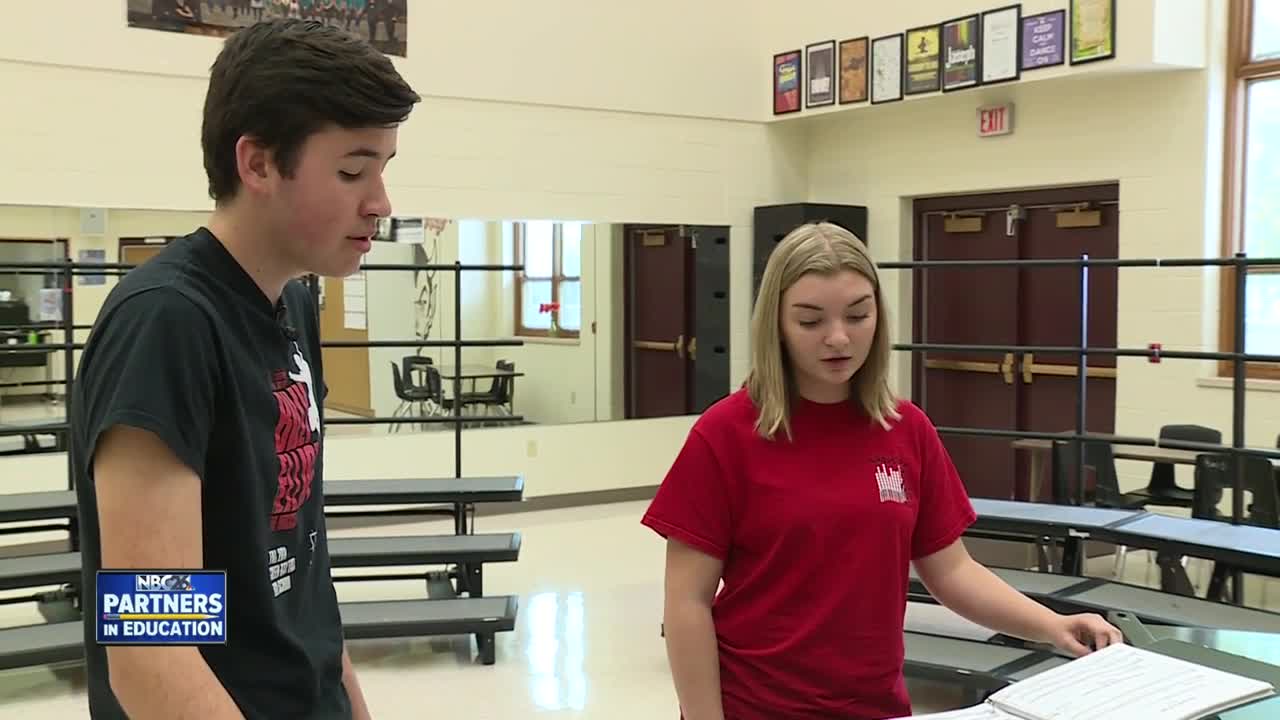 GREEN BAY, Wis. — "It may be a little early to think about Christmas, but there's a select group of students chosen to perform white Christmas on this stage, they've been practicing since last summer and many of them say this is the show they look forward to all year."

"It's a joyful show makes a lot of people happy, its such an original and so classic, and so i hope it can bring to the stage the love that people have for the show and have people see a different side of it," said senior Lucas Brunette who's been performing since he was nine years old.

"Love how much dancing and tap is in it, and then there's a beautiful song at the end called how deep is the ocean," said Brunette.

He's one of the leads in this year's "White Christmas" musical, and he said his love for the arts has grown since freshman year.

"I feel so inspired by my fellow students, everyone is so supporting and loving," Brunette added.

Another lead in the show, junior Addison Grant, sings each melody on the piano and her passion shows. "I started singing in elementary school, I was in a play in 5th grade," Grant said, she stopped performing working behind the scenes, it was only this year she decided to step up and audition.

Director of the musical theater program Maureen Tjoflat, the backbone of these performance said, students like Addie and Lucas have much more than talent, she said they're hard working and driven.

"They practice they come prepared for rehearsal, they ask for extra help.. they're positive they're great leaders," said Tjoflat.