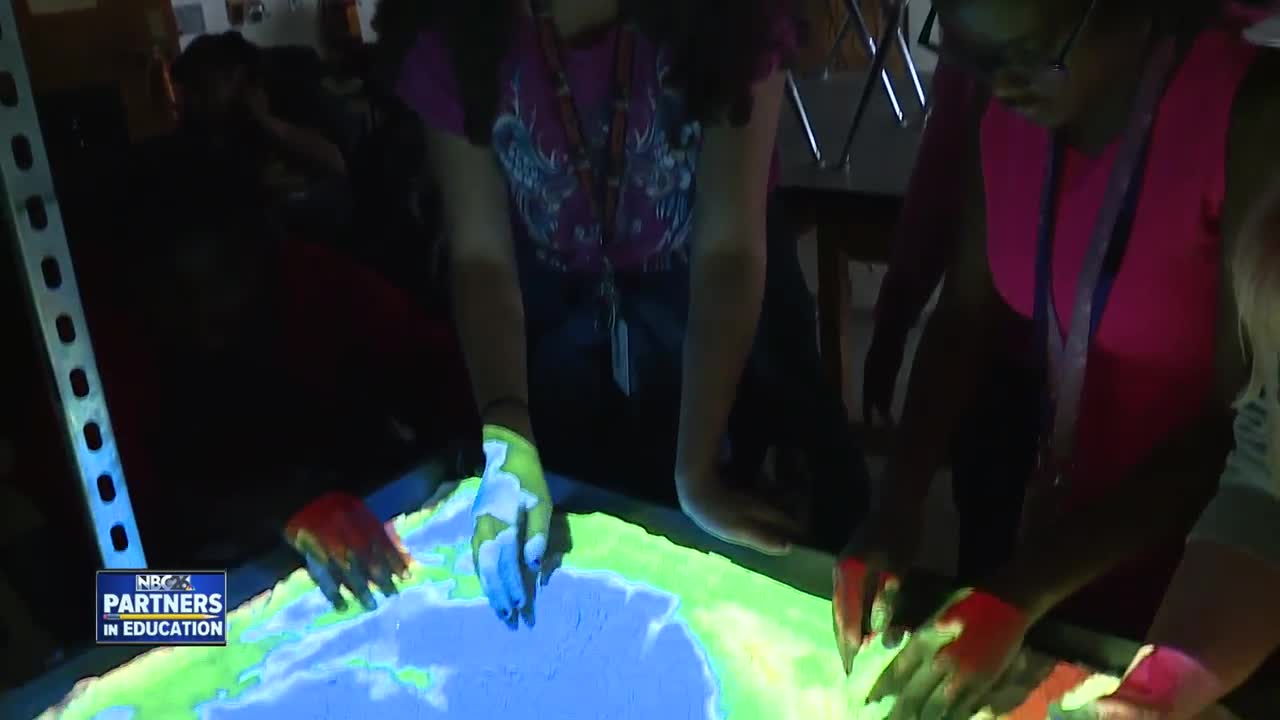 GREEN BAY, Wis. — In a day where it seems everything is interactive, one teacher at Green Bay West High School, wanted to use that idea in her science class.
Science teacher Elona Winslow said a virtual 3D motion tracking camera, digital project, and computer, also known as an augmented reality sandbox will help students learn hands on.
"I've never liked being in a class, where it's notes lectures, writing things down, videos not enough for me, the problem with earth and space is, you can't really take field trips to see these locations," said Winslow.
That's why Winslow said it's a great tool, that transports students using color, contour lines, and of course sand. With each pat, and push students are able to shape mountains, valleys, and waterways.
"Anytime the kids manipulate it, to form different structures, the colors change," said Winslow. The Shopko foundation helped Winslow by offering $700, and also the Herb Kohl Foundation paid the rest of the $7,000 sandbox.
But the best part of it all, students say it's just plain fun!