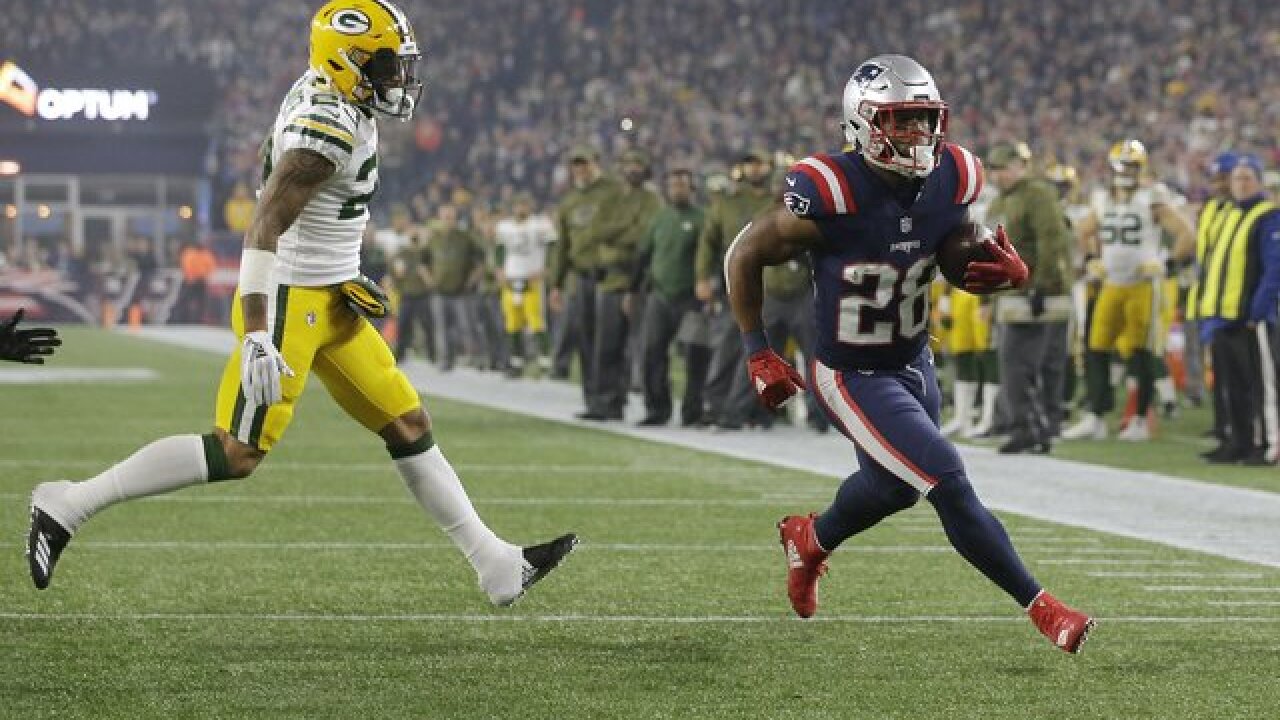 FOXBOROUGH, Mass. (AP) — Tom Brady threw for 294 yards and a touchdown, and James White ran for two scores to lead the New England Patriots to a 31-17 victory over Aaron Rodgers and the Green Bay Packers on Sunday night.

It was the sixth straight victory for the Patriots (7-2).

Rodgers completed 24 of 43 passes and two touchdowns in his second career matchup with Brady.

It was 17-all late in the third quarter when Aaron Jones fumbled for Green Bay (3-4-1).

New England receiver Julian Edelman hit White on a 37-yard catch-and-run to set up White’s second score, a 1-yard run. On the Patriots next possession, Brady connected with Josh Gordon for a 55-yard TD.