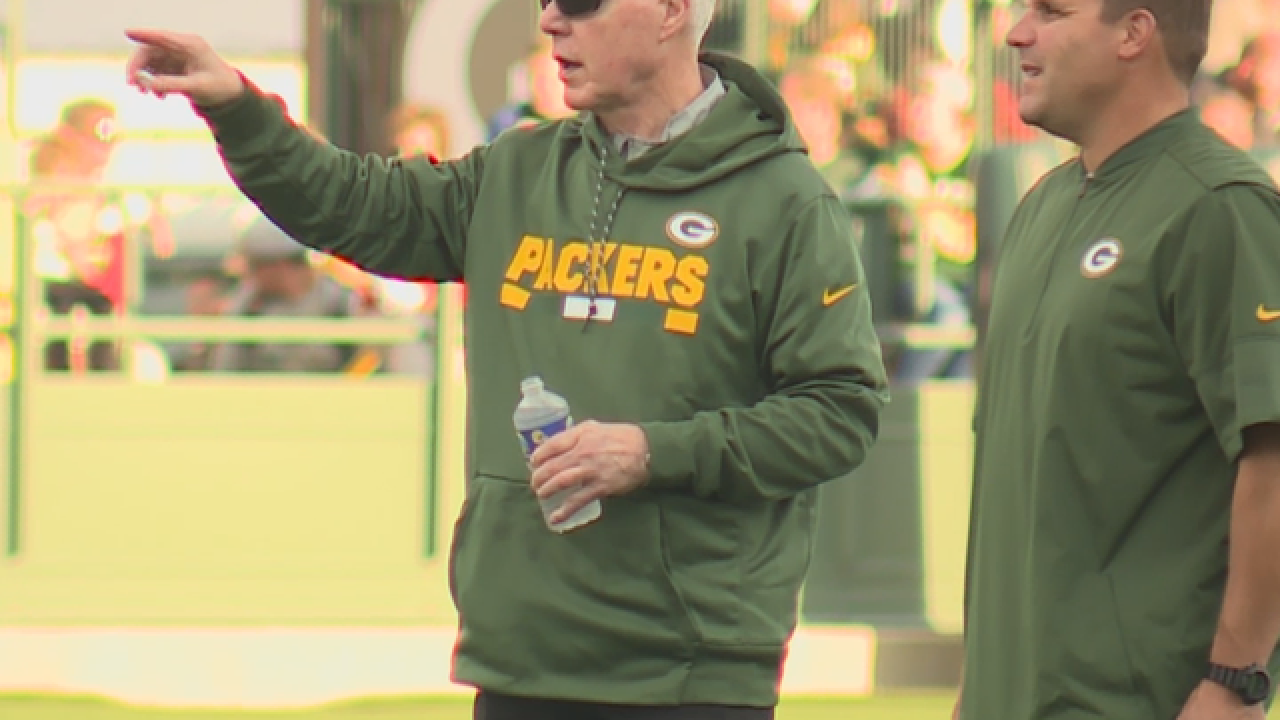 The Green Bay Packers Hall of Fame Inc. announced today that it will induct former Packers executive vice president, general manager and director of football operations Ted Thompson at the 49th Hall of Fame Induction Banquet. The banquet will be held in the Lambeau Field Atrium Saturday, May 4, 2019, a new time of year for the event.

“We are thrilled to present Ted as the 162nd inductee into the Green Bay Packers Hall of Fame,” said Tom Konop, president of Packers Hall of Fame Inc. “The Hall of Fame nominating committee, made up of some of the most respected football purists, pointed to Ted’s accomplishments of nine playoff seasons, and winning Super Bowl XLV, as part of his acumen resulting in this honor. His drafting of Aaron Rodgers was obviously one of the most important draft picks in Packers history. Ted was also responsible for assisting with the success of numerous coaches and scouts around the league. With his induction into the Packers Hall of Fame we are proud and honored that Ted will take his rightful place as part of Packers history forever.”

Information about tickets for the banquet, which begins with a cash bar at 4:30 p.m., with dinner and program to follow at 7 p.m., is still being finalized and will be released in the near future at packershalloffame.com [packers.com].

Thompson served as Packers executive vice president, general manager and director of football operations for 13 seasons (2005-17) and currently serves as senior advisor to football operations. His tenure as GM was highlighted by a victory in Super Bowl XLV and six NFC North titles, including a team-record four consecutive division crowns from 2011-2014.

During Thompson’s time as GM, Green Bay registered eight seasons with 10-plus victories and an NFC-best regular season record of 125-82-1 (.603). He helped the Packers make four appearances in the NFC Championship Game during his tenure, the most in the NFC over that span.

From 2005-17, Thompson drafted 18 players who went on to be named to at least one Pro Bowl, including two-time league MVP quarterback Aaron Rodgers, tied for the most in the NFL over that span. The Super Bowl XLV roster was truly built by Thompson, as 19 of 22 starters and 49 of 53 players on the roster were acquired by Thompson via the draft, free agency, trades or the waiver wire during his time in Green Bay.

In becoming the ninth general manager in club history, Thompson rejoined the team with which he received his start in 1992. During his first stint with Green Bay from 1992-99, he was instrumental in providing talent that produced an 83-45 record (.648), six straight playoff berths, two Super Bowl appearances and the 1996 world championship.

Following the 1999 season, Thompson spent five years as VP of football operations for the Seattle Seahawks before returning to Green Bay in 2005 to become GM.