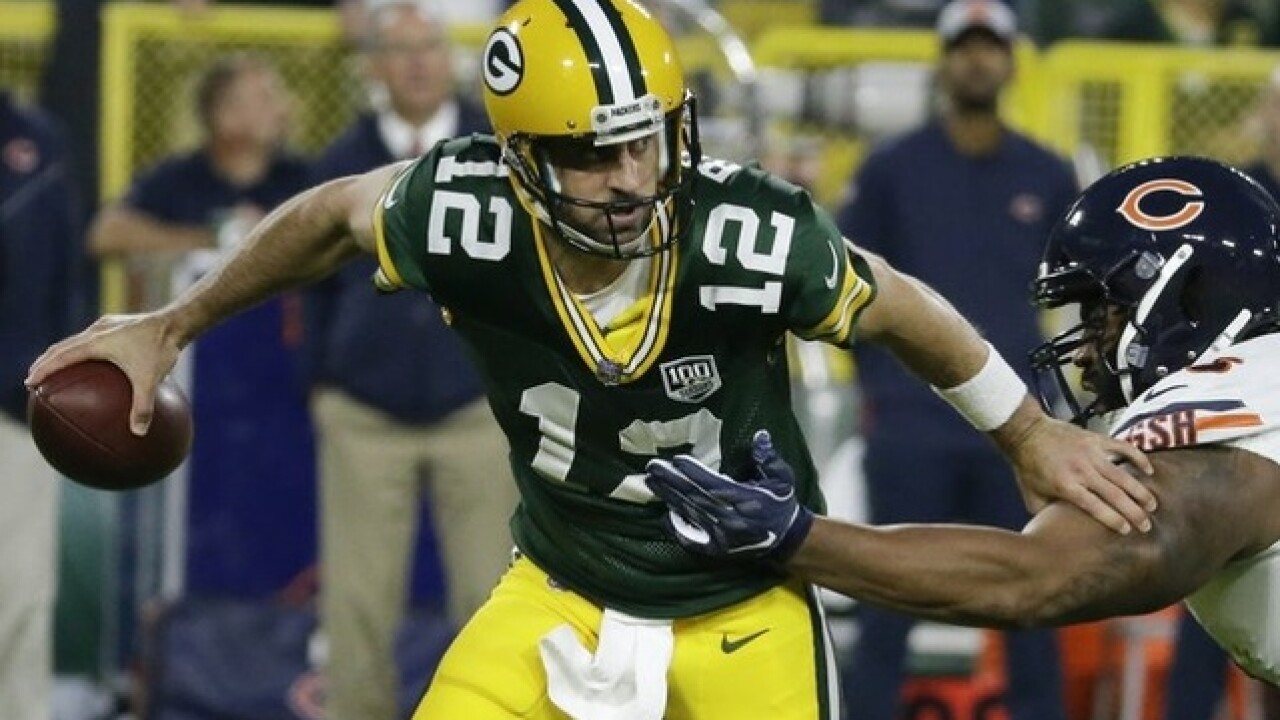 Aaron Rodgers has returned for the Green Bay Packers in the third quarter after being taken off the field on a cart because of a knee injury.

The Packers announced at halftime that the star quarterback was questionable to return. Minutes later, he walked back on to the field and threw warm-up passes with backup DeShone Kizer before the start of the second half.

He returned for the Packers' first drive of the third quarter, with 9:10 left. The Packers were trailing 20-0.

Rodgers was hurt in the second quarter after slipping to the turf while under pressure from linebacker Khalil Mack and defensive lineman Roy Robertson-Harris. The lineman landed on Rodgers.

The quarterback initially tried to get up, then went back down, and was attended to by trainers. He appeared to reach down for the back of his left leg.

Rodgers then walked to the cart that took him up the Lambeau Field tunnel.

Kizer replaced Rodgers on Green Bay's next drive. He has thrown an interception returned for a 27-yard touchdown by Bears linebacker Khalil Mack.

It was Rodgers' first regular-season game home game since last Sept. 28 against the Bears. He was limited to seven games in 2017 because of a collarbone injury.