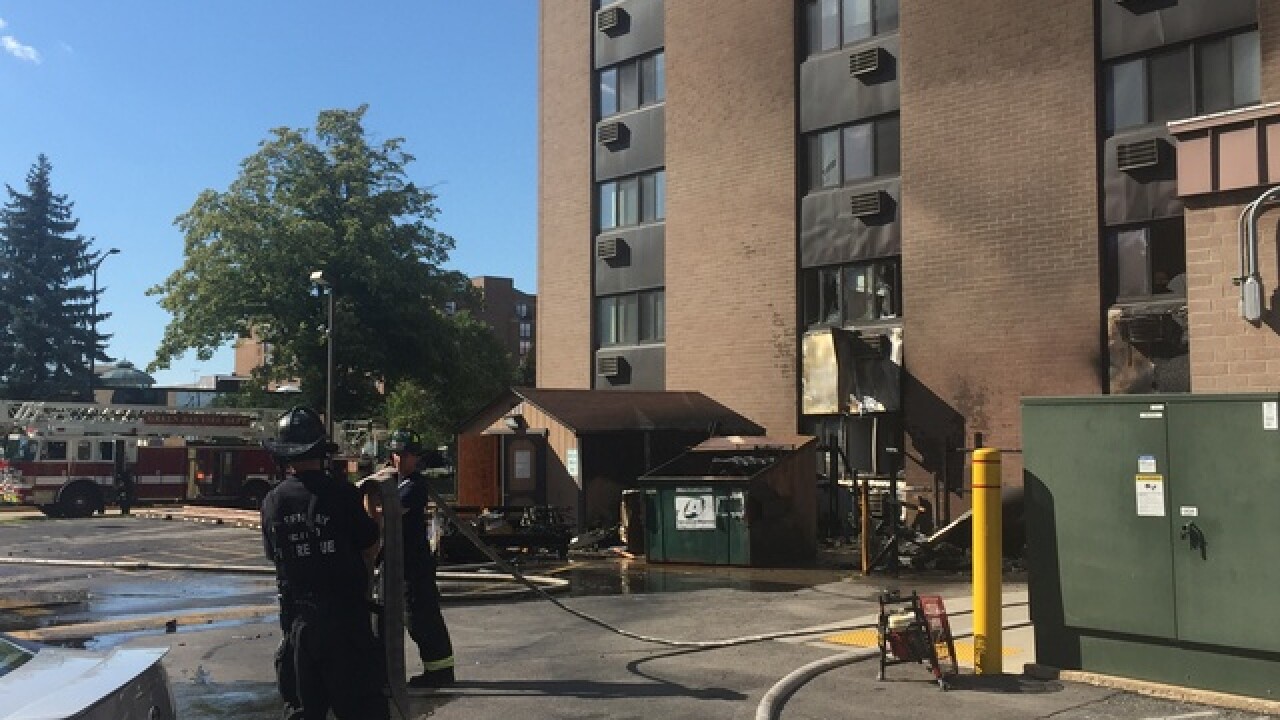 They say one person was treated for smoke inhalation, while two others had heat exhaustion.

The fire is still under investigation.

Crews say about half a dozen apartments were damaged and the Red Cross was called in to help.

The Green Bay Metro Fire Department says one person is hurt after an apartment fire downtown.

Crews with the department tell NBC26 this is a ten-story apartment building.

They say one person was taken to the hospital with non life-threatening injuries.

Officials say the fire started in a dumpster outside and spread into one apartment. They did evacuate residents, but at this time, only one person appears to be hurt.

NBC26 has a crew on the way to the scene and will be updating this story.