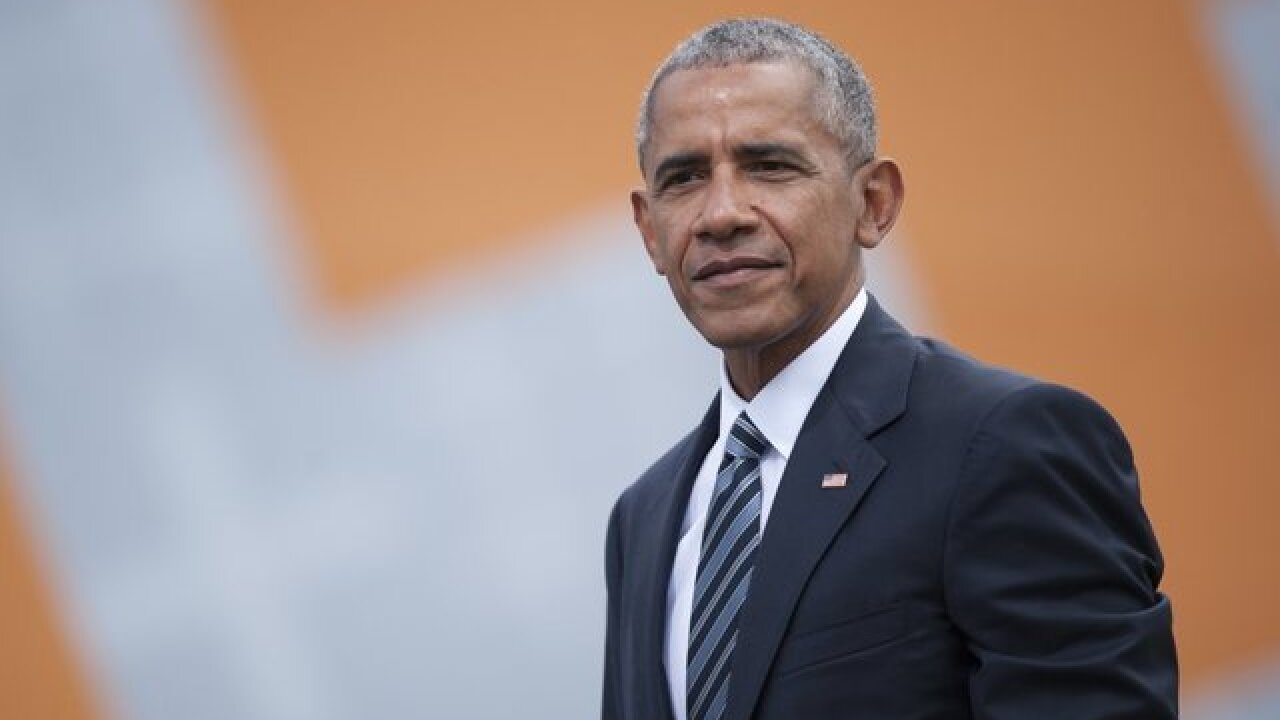 Today, I’m proud to endorse even more Democratic candidates who aren’t just running against something, but for something—to expand opportunity for all of us and to restore dignity, honor, and compassion to public service. They deserve your vote: pic.twitter.com/NO5jnhX3XD

Obama says in a statement that Evers "has spent his entire career fighting for kids in Wisconsin" and that's why he "is exactly the kind of person Wisconsin needs as its next governor."

Evers has been state superintendent since 2009 and previously worked as a teacher and school administrator.

Obama says "Wisconsin deserves a governor who will govern with respect, experience, and who will put Wisconsin families before special interests and personal political ambitions."

“It’s no surprise that President Obama would endorse Tammy Baldwin after she sat on a report about veterans being overprescribed opioids at the Tomah VA, shielding his administration from criticism," said campaign manager Jess Ward. "The swamp will protect the swamp, and it’s time to send a military mom and nurse who will actually look out for our veterans to DC.”

He's just returning the favor since @TammyBaldwin hid that report of abuse at the Tomah VA for him for so long... #TomahTammy #wisen https://t.co/uY8zKvjQr1