All boys and coach freed from cave in Thailand 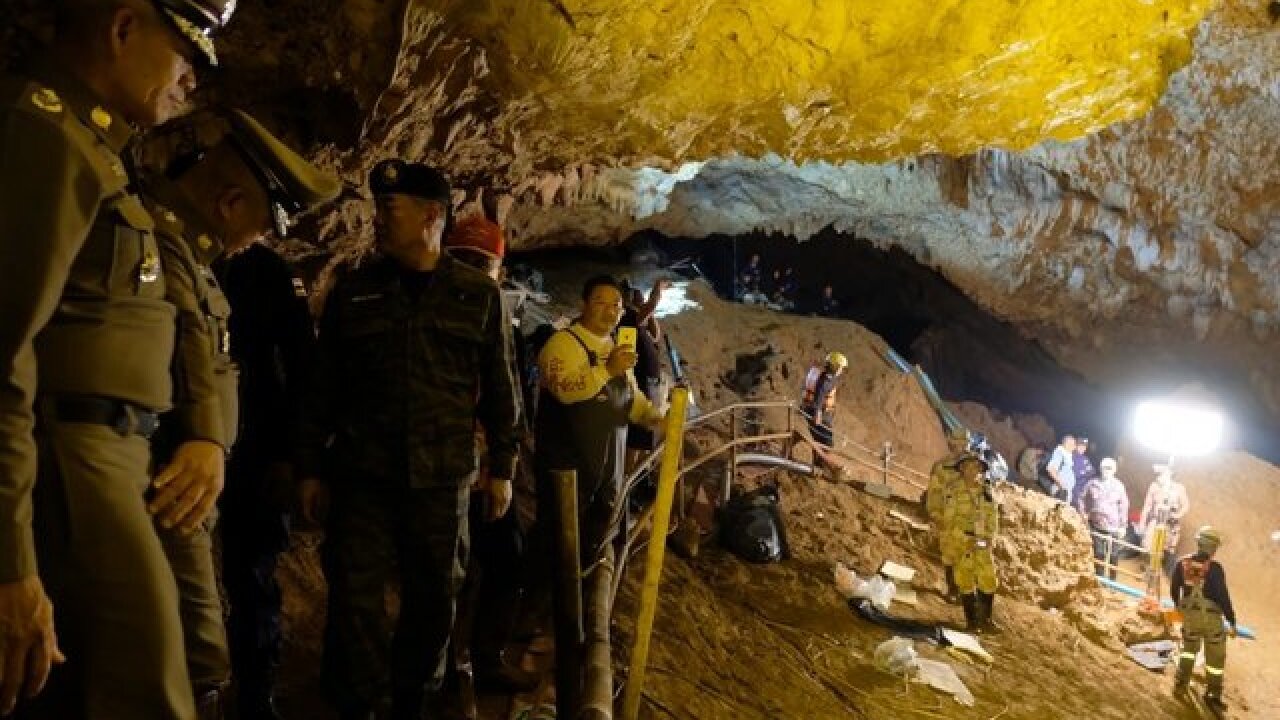 CNN is reporting an 11th boy has been rescued today from the flooded cave in Thailand.

Thailand's navy SEALs say a ninth boy has been brought out of a flooded cave in the country's far north.

The SEALs said on their Facebook page that "the 9th Wild Boar was out of the cave at 4:06 p.m." Tuesday, referring to the name of the trapped boys' soccer team.

Rescuers hope to complete their mission Tuesday after rescuing four boys on each of the previous two days.

The 12 boys and their 25-year-old coach were trapped by flooding in the cave more than two weeks ago.