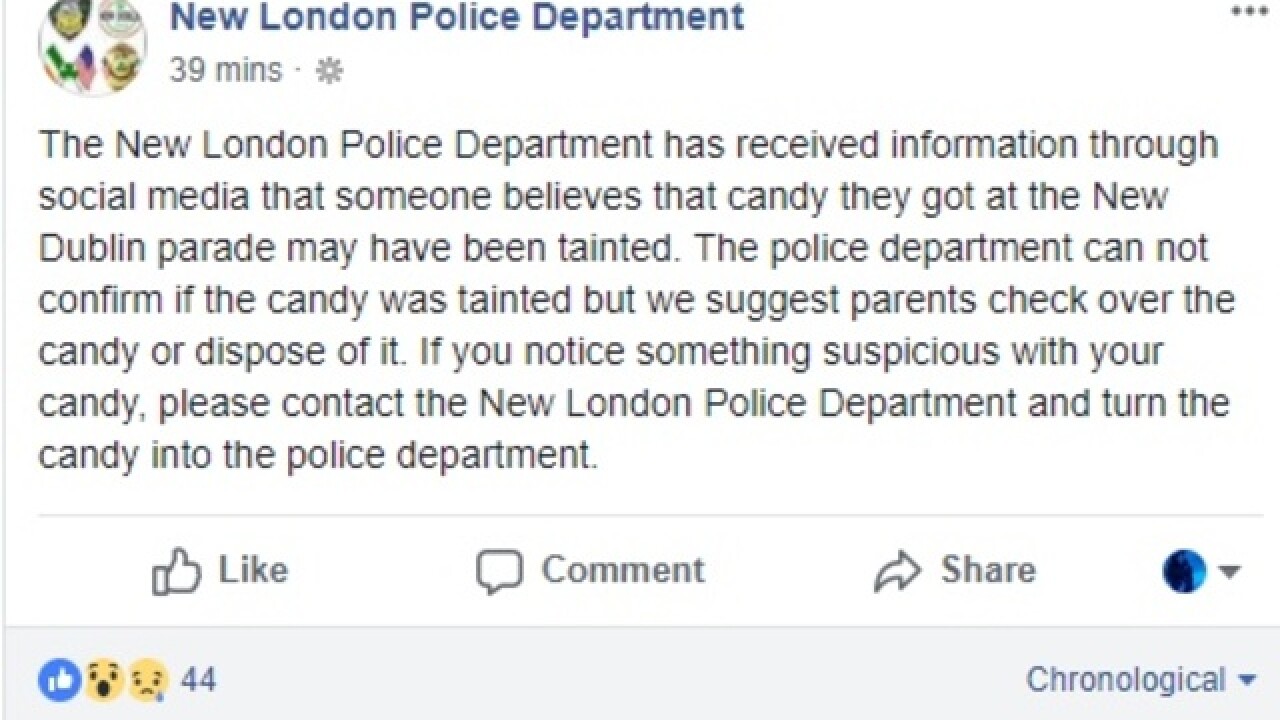 A day later, and it's a different mood.

"It's a disgrace really, that somebody would do that," Hernandez said. "What goes through your mind that you have to do that?"

Police said people have reported symptoms after eating tootsie rolls and cotton candy. They cannot confirm if the candy is tainted, or related to the parade. They said nobody has gone to the doctor. Still, police are asking for caution.

"We're recommending either dispose of the candy, not eat it, if they want to bring it to the new london police department we are taking it in," Ruckdashel said.

People in New London say regardless of what happens with this year's investigation, the concern is now for future parades.

"There's always going to be that question, what if it happens again," Hernandez said.

Police said they've never seen this before. People hope they never do again.