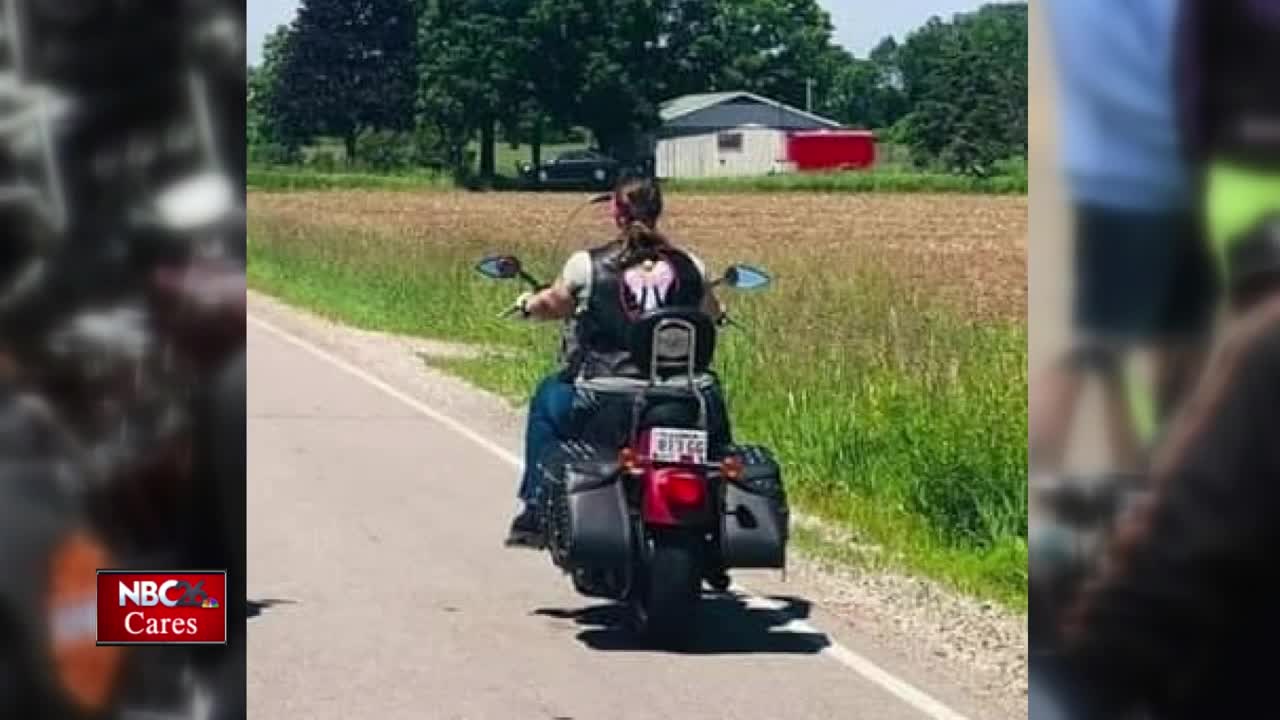 The rev of their engines. The breeze in their hair. The camaraderie. There's so much the Sapphires enjoy about their all-female motorcycle group, but number one Is riding for a reason.

NEENAH, Wis. — The rev of their engines. The breeze in their hair. The camaraderie. There's so much the Sapphires enjoy about their all-female motorcycle group, but number one Is riding for a reason.

"We're a strong sisterhood," said Leslie Schultz, one of 14 members of the Sapphires.

The Sapphires are Oshkosh's chapter of the nationwide motorcycle club the Chrome Angelz. It's a nonprofit organization with 176 chapters worldwide where women ride with a purpose.

"That's pretty much what gets us going is it's the people we support, our sisters and our actual brothers that are out there riding for the same cause," Schultz said.

They're supporting six causes this year including a benefit run for 37-year-old Tatiana Saunders of Neenah.

"I feel grateful," Saunders said. "And I keep wondering why me?"

Saunders served nearly five years in the U.S. Army. A year of that time, she was in a war zone in Iraq.

Five times to be exact, according to Saunders. Between suffering the powerful impact of IED explosions and standing for hours a day as a gunner protecting her convoy's cargo, she says she developed a painful back injury.

"I was like Humpty Dumpty. Cracked. Kind of put back together sort of.”

"I'm a disabled vet. That's my job. I used to say that and not think about it, but it's actually a job. I work at it."

"Post war is still kind of war," she explained. "The dreams are annoying. Can't turn it off. You think when you go to sleep, you're going to get a break, but then it's like a 24 hour show."

She says driving is difficult too, so on July 27th she'll ride for a short while with the Sapphires and about 300 of their supporters. The benefit ride is a 100 mile loop that begins and ends at Headliners Bar and Grill in Neenah. The group will travel west and make five stops. The event runs from 9 a.m. to 8 p.m. and both motorcycles and cars are welcome.

After the ride, there will be music, a special ceremony to honor Saunders and raffles at Headliners Bar. The fundraising goal is $8,000 to help Saunders with bills not covered by the V.A. She may even spend a little on herself thanks to her new bond with the Sapphires.

"I need to have some quality of life and being with a family, a new family, is going to help," Saunders said. "You really feel appreciated. You really feel loved, so it's nice."

Schultz added, "It's an honor to give back to military, give back to someone in our community, so they know that we have her back."

The cost to ride is $25 for a single motorcycle rider, $30 for doubles and $35 for cars. Schultz asks people to reach out on The Sapphires' Facebook page to register.

The Sapphires not only help military veterans, they also support the Oshkosh Police Department's K-9 unit, Christine Ann Domestic Abuse Services and people battling serious medical issues. Next year, they plan to team-up with the Oshkosh Fire Department as well.