Walk to End Alzheimer's helps families fight for a cure 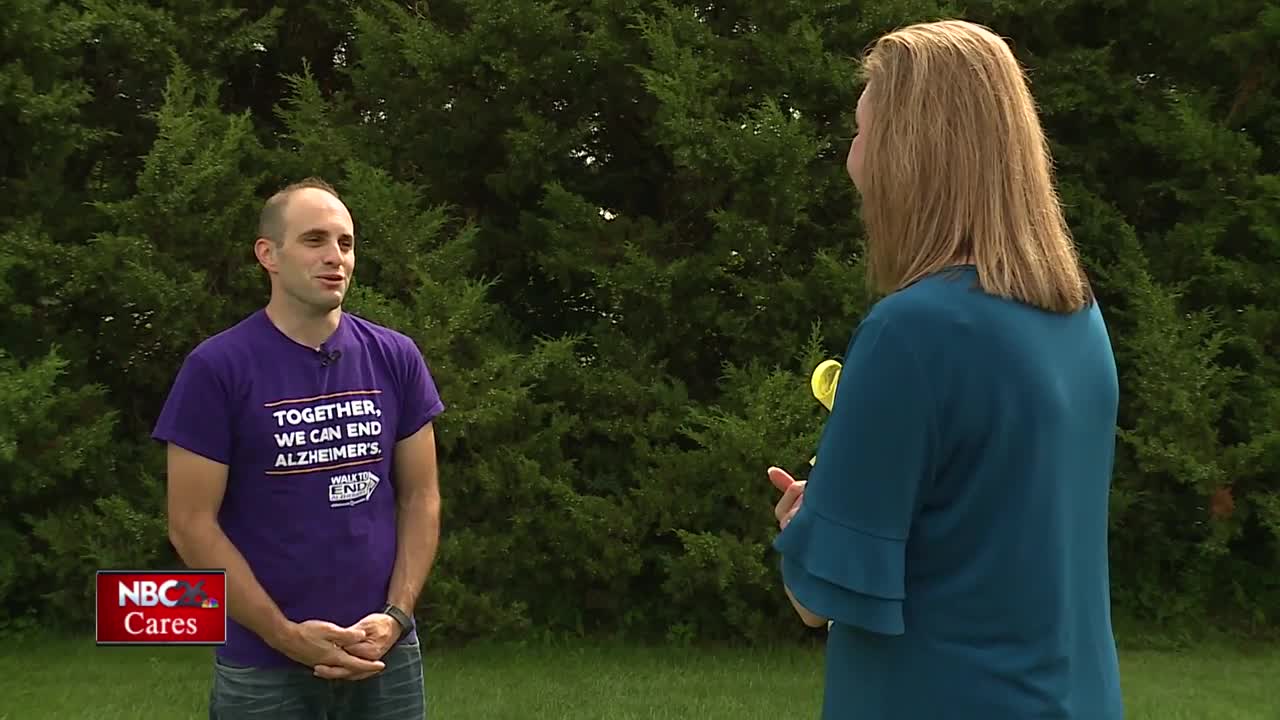 “She was the life of the party. She was the one dancing in the middle of a room in the house. You know, there would be my mom."

Her mother, Josephine Huber, loved to bowl and spend time with her grandchildren until Alzheimer’s disease robbed her of that joy.

Kennedy noticed a change in her mom when Huber was just 58-years-old.

"She started just missing words and saying things, and then you’d say, 'Well, mom. You didn’t say that,' and she’d say, 'Oh yes I did.'"

"She’d say, 'Mare. I got lost today,'" Kennedy explained. "'I got lost. I didn’t know where I was, and a nice young couple brought me home.' I was so scared when she said that, I’m like 'Mom, you got in the car with strangers?'"

Kennedy made the difficult decision to move her mother into a nursing home where she could receive special care for her condition. She remembers the first time she went to visit her.

“She was sitting down and she had the bib on, and they were feeding her. She just looked around and you saw nothing, saw nothing in her face, nothing in her eyes. She couldn’t talk anymore, and I would beg her, 'Mom, tell me you love me.'"

The words never came. Huber passed away just four years after her diagnosis.

“To watch her and watch what this horrible disease did to her, we just need to find a cure, find something so that other people don’t have to go through this.”

In Wisconsin, 110,000 people are living with Alzheimer’s disease or other forms of dementia. It's the 6th leading cause of death in the U.S.

Over the next two months, thousands of people will join together for the Walk to End Alzheimer's in cities across the country. According to the Alzheimer's Association, it's the world’s largest event to raise awareness and funds for Alzheimer's care, support and research. On September 28th, at Lambeau Field, Kennedy will walk with her family, with her mother's photo in hand, for the sixth year in a row. Her son, Tom Kosman, is the chair of the Green Bay walk.

"It’s really neat to see that sea of purple," he said. "So many people working towards that common goal of trying to get that cure for dementia is a really rewarding thing. "

Last year, the Green Bay walk raised about $100,000 for the Alzheimer's Association.

It also goes to support caregivers and the Alzheimer's Association's 24/7 helpline.

Besides raising funds, the walk is also a way for families to support one another and honor their loved ones who are struggling or who've passed. One of the most emotional parts of the event is the Promise Garden Ceremony where participants hold promise flowers in the air. The color of each person's flower represents their connection to Alzheimer’s and their push for a world without it, so future generations can enjoy their golden years with their grandchildren. It's something Kennedy's mother never got to do.

"They always say that things happen for a reason. This happened to our family so that we can help raise awareness about this disease, and get the word out to other people that we need help and we need hope.”

If you'd like to support the cause, here are the five Walk to End Alzheimer's events this year in Northeast Wisconsin.

All of the walks start at 8:00am. Click here to register or make a pledge for a specific walker or team.

Kennedy and Kosman's team name is The Cottages. Kosman is the Executive Director of the assisted living and memory care facilities in Shawano and Oconto Falls. It's a career path he chose after seeing his grandmother fight the devastating disease, as well as spending time as a child with residents in a nursing home where his mother worked as a nursing assistant. He said both experiences molded him into the person he is today which is someone who wants to help others.