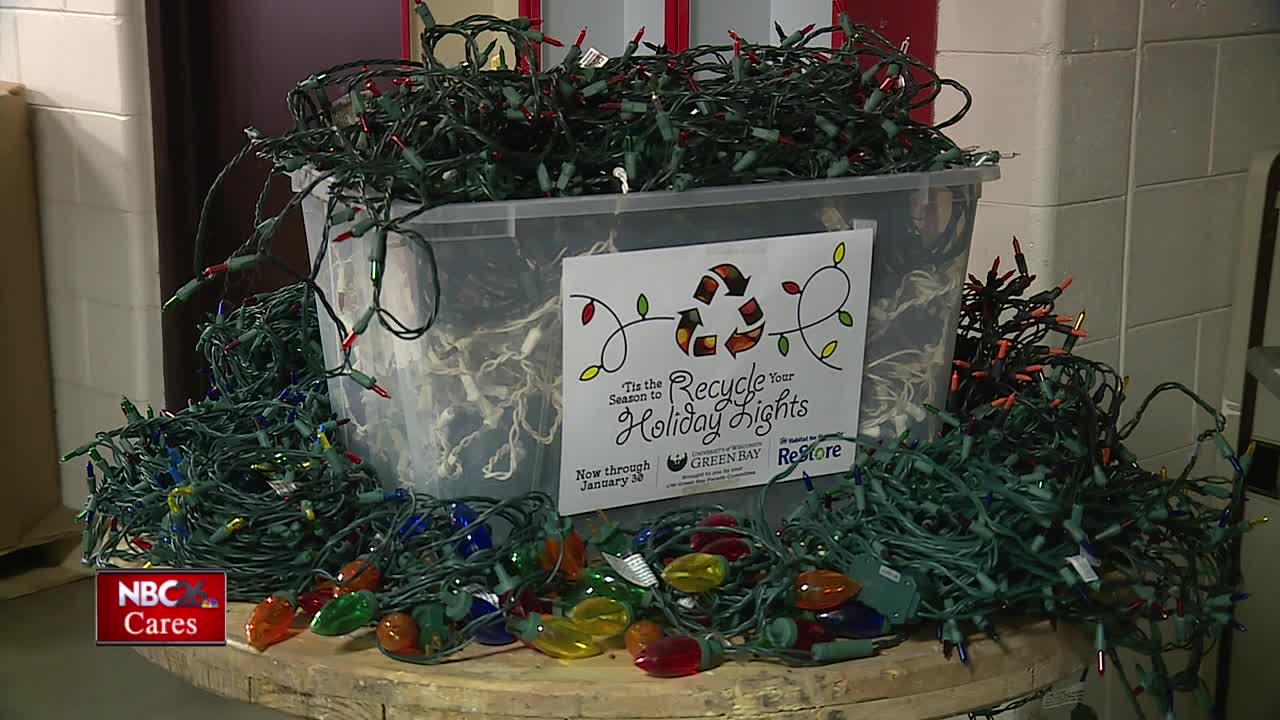 GREEN BAY (NBC 26) — Are you looking for an easy way to give back this holiday season? You may want to consider donating your old holiday lights. Whether it's a broken bulb, a wrecked wire or you just don't need them anymore, the Greater Green Bay Habitat for Humanity ReStore will gladly take your used Christmas lights.

"We really just want to keep them out of the landfills," said Director of Development Matt Harper.

The green initiative goes beyond protecting the environment.

"We really at Habitat, we do believe in re-purposing things and turning them into gold for other people," Harper explained.

The ReStore takes old holiday lights, and other household items, and recycles and resells them at a discounted price.

"All of the money that comes from the ReStore goes directly to helping buy supplies for the builds," said Shelby Smith.

Smith is a member of the UW-Green Bay chapter of Habitat for Humanity. The group, along with the University's Green Bay Holiday Parade Committee, put out collection bins for Christmas lights at seven different locations across campus to help the cause.

"We're going to be dedicating our 117th home. The ReStore is a big piece of that ability," said Harper.

"It means everything to the families to be able to have home ownership," added UWGB Habitat for Humanity member Quinne Herolt. "A lot of them have younger kids, so it helps them provide more for their children, so that they can focus on school and other stuff they have going on in their lives rather than trying to find somewhere stable to live."

"They're seeing their grades improve. They're seeing the kids just come out of their shells and really continue to do good things now that they're in a safe and happy environment," explained Harper.

He also said it's more than just the recipient families who benefit.

With a new, larger ReStore ready to open to shoppers soon, Harper hopes it will lead to growth in sales and profits which will allow Habitat for Humanity to help more families.

Herolt says it can all start with a simple donation.

The UWGB holiday lights collection runs through mid-January. You can also drop-off your old strands of lights at Habitat for Humanity's new ReStore located at 1967 Allouez Avenue.