Shopko Foundation gives $2.5 million in final gift to the community 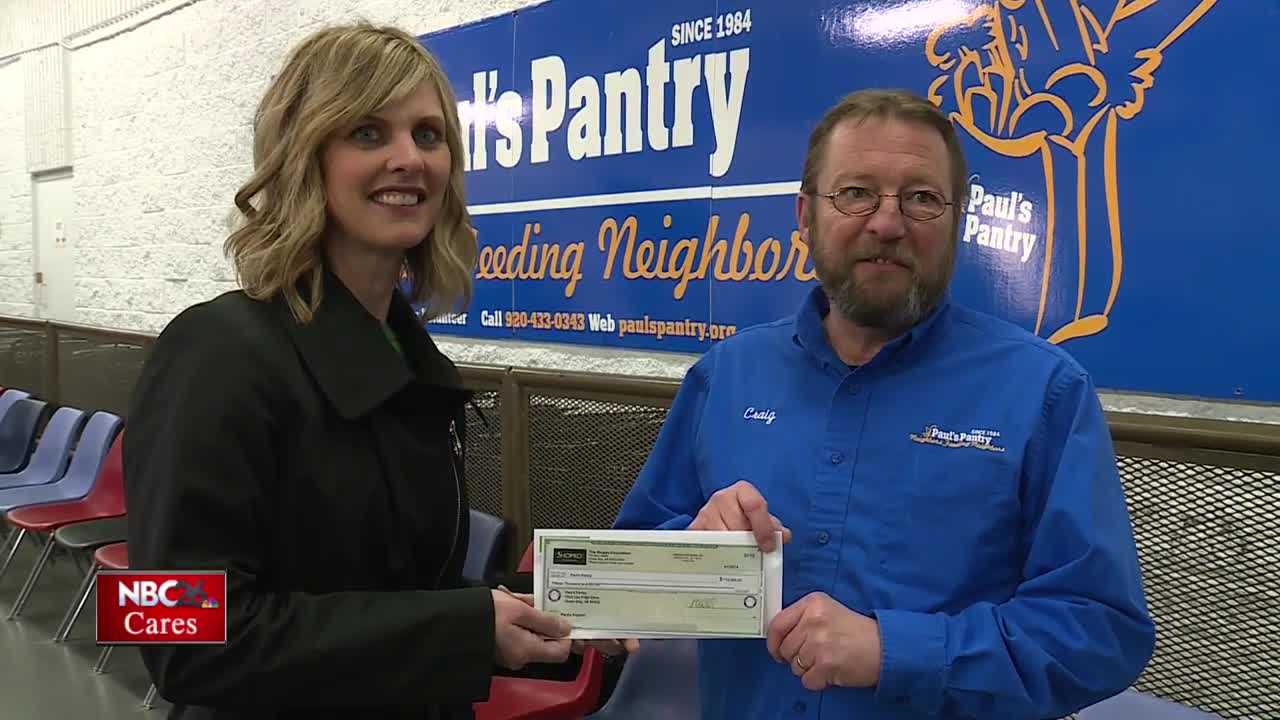 GREEN BAY, Wis. — The closing of Shopko doesn't only mean the disappearance of thousands of jobs, it's also a devastating loss to local organizations who rely on grants from the company's charitable foundation. In the past 39 years, the Shopko Foundation has given over $35 million in grants to support everything from health to education. On Tuesday, the Foundation's Michelle Hansen went on a farewell tour to hand out one last gift to the community, and she invited NBC26 to join her.

With checks in hand and tears in her eyes, Hansen went door to door to make some of her final deliveries totaling more than $2.5 million in grants for 38 different community partners that have become more like family to her.

We heard those words over and over again.

"This is a bittersweet moment for us," said Jon Syndergaard, Executive Director at CP.

"I think our whole community has built a relationship with Shopko and that's why this day is a really, really bittersweet day," echoed Green Bay Area Public School District Superintendent Michelle Langenfeld.

Hansen told Langenfeld she was honored to present a final check of $200,000 to the District. There's already a plan in place for the money.

"Their gift will be something that will last a long, long time, because our intention is to put it into our newly founded Education Foundation," the Superintendent explained.

It will provide scholarships for deserving students. Langenfeld thanked Hansen for the Shopko Foundation's continued support.

"The gifts that they've afforded us over these years providing everything from iPads to books to wellness opportunities, the list goes on and on."

The Shopko Foundation also supported the Epilepsy Foundation in numerous ways including hosting Lemonade for Livvy stands in its Shopko stores. A final gift of $100,000 will go towards efforts to find new treatments or a cure.

"The point of research, why that's so important, is two-thirds of people still don't know why they have epilepsy and a third still don't have their seizures under control," said Jon Scheinman, Senior Director of Community Development. "Research impacts people all over the country and all over the world, so it's a significant amount of money."

Freedom House said it will use its $50,000 gift to increase the capacity of its homeless shelter.

"We're going to be building a new facility, and it will allow Shopko to leave a legacy in the community, physical bricks and mortar that we can remember Shopko," explained President Nicole Schneider.

"These dollars that Shopko has provided us with are going to help us meet that unmet demand in the community," said Syndergaard.

Paul's Pantry was thankful to receive a $15,000 donation, but it marks the end of a 35 year partnership.

"It leaves a hole. A void, and I think not just for Paul's Pantry but for a lot of different organizations," said Executive Director Craig Robbins.

It's the bitter to this story.

"To lose them in the community is really, really a sad day," Schneider said.

But as Shopko says goodbye, Hansen encourages everyone to savor the sweet.

"I thought it was going to be fun to give money away, and it was, but it was also a little heartbreaking because this is it for Shopko, and so we hope to have left a good lasting impact in the community."

Langenfeld assured Hansen that even after the stores go dark, Shopko's legacy will live on.

"We'll make sure that Shopko is on our website, so that no matter years from now, people will know that this important investment was made."

The Shopko Foundation raised its money through its successful summer Golf Classic, and its business partners.

NBC26 is grateful for our relationship with the Shopko Foundation. We teamed-up for our Partners in Education reports that air every Thursday during NBC26 at 5:00.

Here are the 38 organizations that are receiving the final grants: