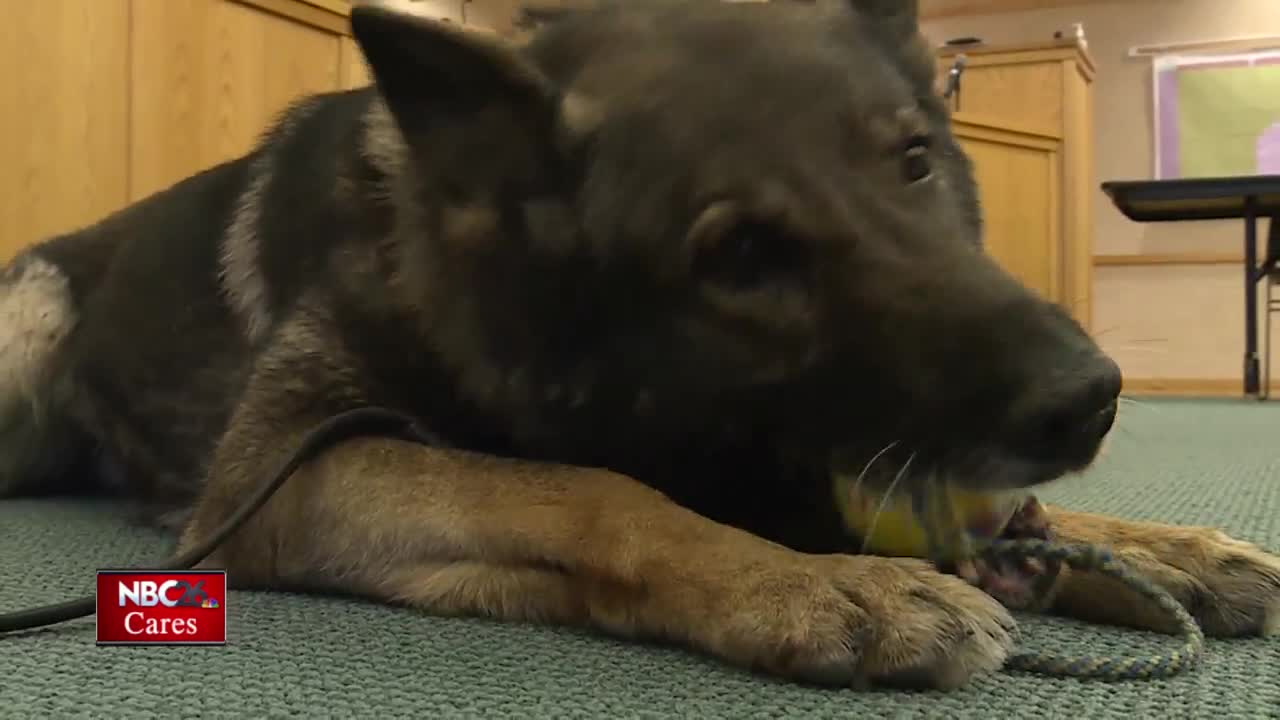 GRAND CHUTE, Wis. — It's a partnership that has spanned seven-and-half-years.

"He's always got my back. He's got my six," said Officer Shawn Enneper with the Grand Chute Police Department.

It's a bond that goes beyond the badge.

"Often times when we're doing deployments, I often times refer to him as one of my family members. I spend more time with him than some of my own family."

Officer Enneper and his partner, Fram, are the department's first and only K-9 unit. They've been a team since August 2011. Their first day on the job together remains one of Enneper's proudest moments.

"We ended up pulling four pounds of marijuana from a home in Grand Chute. For being our first day and one of our first deployments, that was huge."

Proof of their success is in the numbers. More than 1,344 deployments, 447 arrests, $77,314 in cash seized along with numerous weapons and drugs like marijuana, methamphetamine, heroin, ecstasy and cocaine. They removed it all from our streets, but Fram does have a softer side.

Enneper and Fram also serve as ambassadors for the department. They visit schools and perform other public demonstrations.

"That team can get out there and form a bridge between our police department and the community, and that benefits us tremendously," explained Police Chief Greg Peterson.

Fram's days on the force, though, are numbered. With a tumor on his bladder and nearing his 10th birthday, it's time to retire.

"He obviously still loves the work. Still has a lot of drive. But some of his endurance, and I've seen it in tracking, his ability to go longer distances are getting shorter," Enneper explained.

Fram's replacement won't come cheap. Chief Peterson believes it'll cost more than $25,000 for a new K-9 and its specialized training. The department is once again asking for support through donations.

"The kids love the K-9. The kids have done penny drives to raise funds for it, so I feel very confident that our community will step forward and assist us in keeping this program sustained for along period of time," said Chief Peterson.

It's a successful program that Officer Enneper and Fram built from the ground up.

"We wanted to make a good impression and hopefully we did."

It's also a brotherhood that will last much longer than their final call.

"I lucked out with this one. One in a million," said Enneper.

After a retirement party in September, Fram will live out the rest of his days as a family dog at home with Officer Enneper, his wife and three kids.

If you would like to support the Grand Chute Police K-9 Fund, you drop-off or mail your donations to:

If they raise enough money, the police department would like to add a second K-9 unit, so they can also have K-9 coverage during the day shift, which is receiving more and more calls for this type of service.