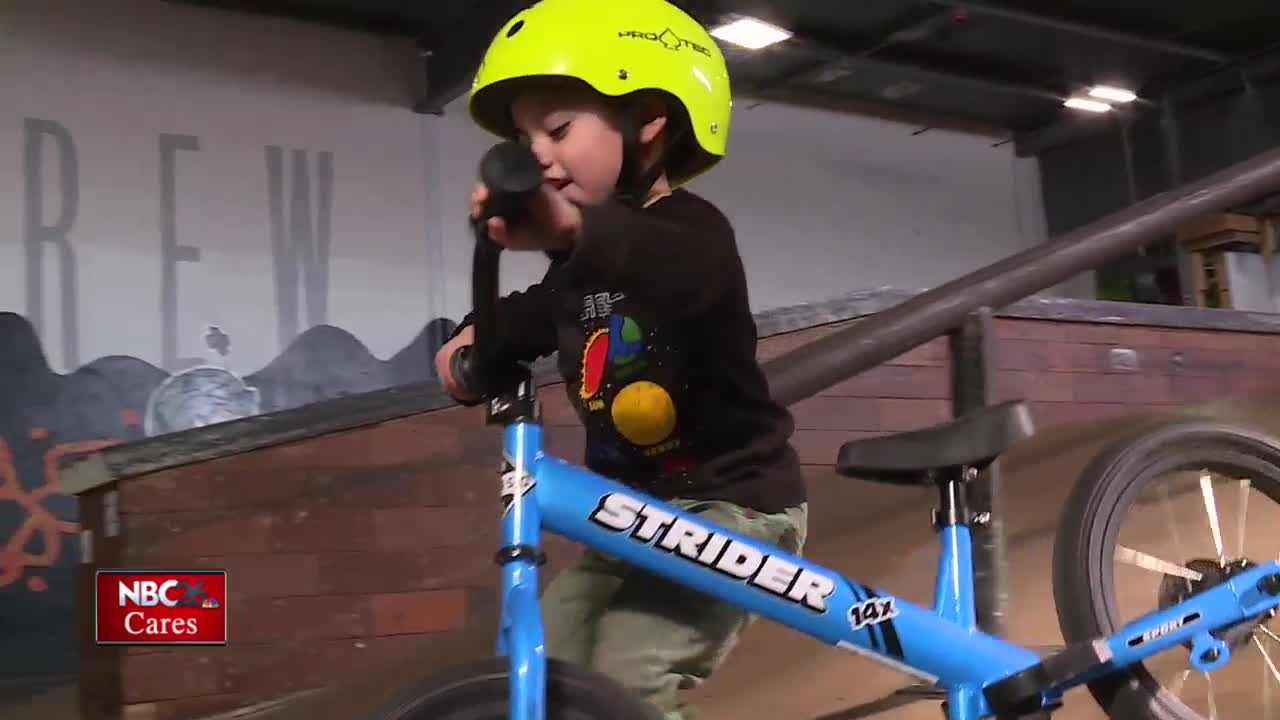 It's often described as a hidden gem. Green Bay Action Sports Organization, or GBASO for short, welcomes anyone on wheels.

ASHWAUBENON (NBC 26) — It's often described as a hidden gem. Green Bay Action Sports Organization, or GBASO for short, welcomes anyone on wheels.

Six years ago, Brinker helped turn the idea of an indoor skate park into a reality.

"It's exciting to watch it all grow and happen right in front of everybody's eyes. It's pretty cool."

GBASO rents out skateboards, scooters and strider bikes. You can also bring your own.

With classes, camps and open skate, kids of all ages can get some exercise and have fun in a hip, urban-inspired space.

"There's a lot of kids that don't take to team stick and ball sports, where they come here and then they thrive because they can do it on their own. They can run at their own pace. They can do their own tricks. There's no rules to it."

Reina Duarte was looking for an inside winter activity to keep her three-year-old son, Levi, active. He just started lessons with Brinker.

Duarte hopes the one-on-one instruction will help Levi build confidence on his bike and beyond.

"I don't want him to lose that ability to just go for things. You know, just to be able to fall down and get right back up and just try new things."

"It keeps them out of trouble," he explained. "Having good people here is good guidance for the kids that are running around on the streets doing whatever. You know, they can come here and have a safe environment."

GBASO is a nonprofit organization.

As a nonprofit, GBASO relies on support from the community to keep the doors open.

"If we need anything, there's always people that step up to help us, and it's not just money. It's building ramps. It's setting up for events."

Now, they'll get even more help through Give BIG Green Bay. It's a 24-hour crowdfunding event put on by the Greater Green Bay Community Foundation and the Green Bay Packers Foundation. They chose GBASO as one of the 40 nonprofits to receive donations this year.

Brinker said, "We kind of couldn't believe it. We put the application in and then got the call back, and we were pretty excited about it."

GBASO will use the money to pay for more skate coaches and to update their equipment which includes helmets and pads, but Brinker said being part of Give BIG Green Bay goes beyond getting a check.

"It's really good awareness for us, because people will come in and be like, 'Wow. I didn't even know this was here.'"

With the added exposure, Brinker hopes GBASO's growth stays on a roll.

"It's a nice place, and I hope more people find it. I'm really happy that we did," Duarte said with a smile.

NBC26 is proud to be the television partner for the event again this year.