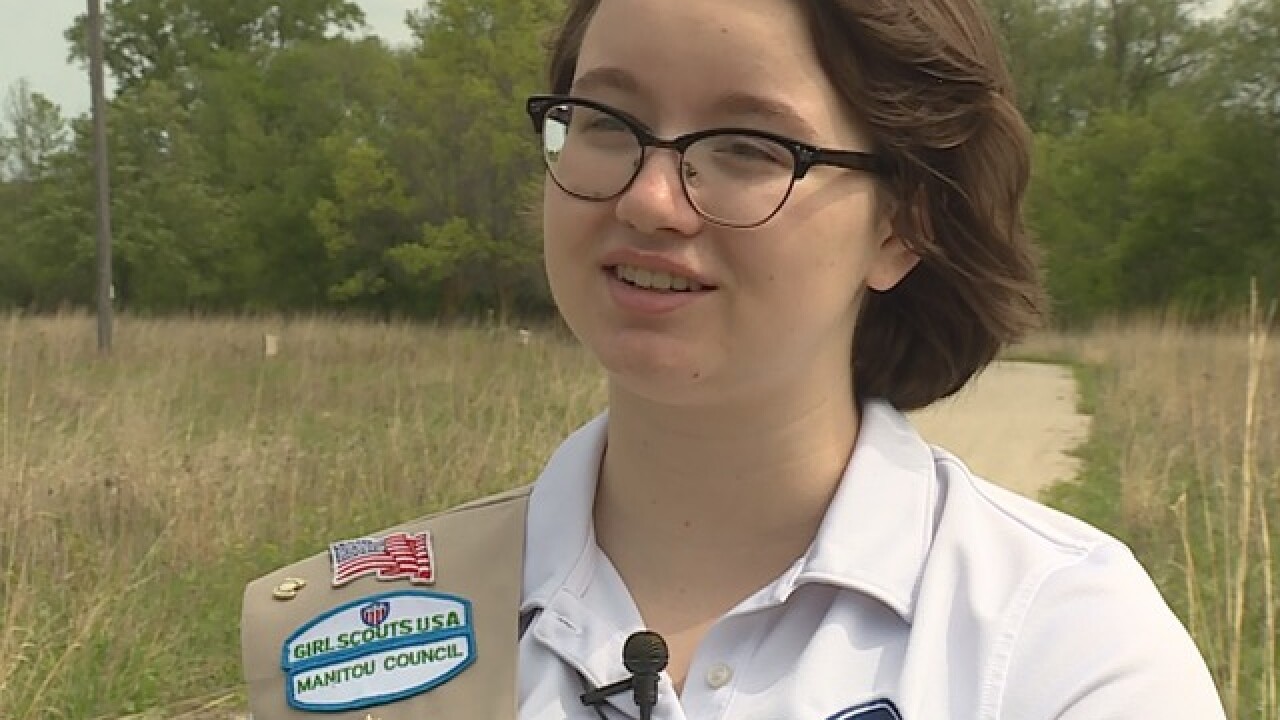 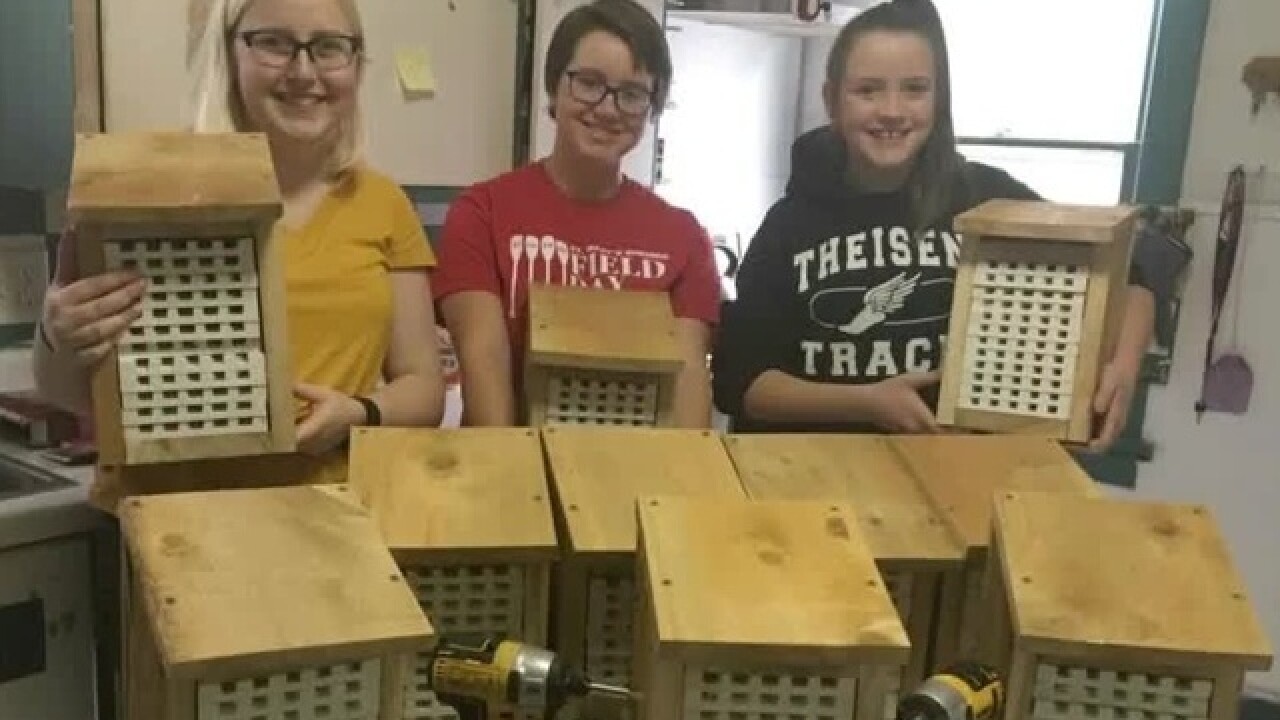 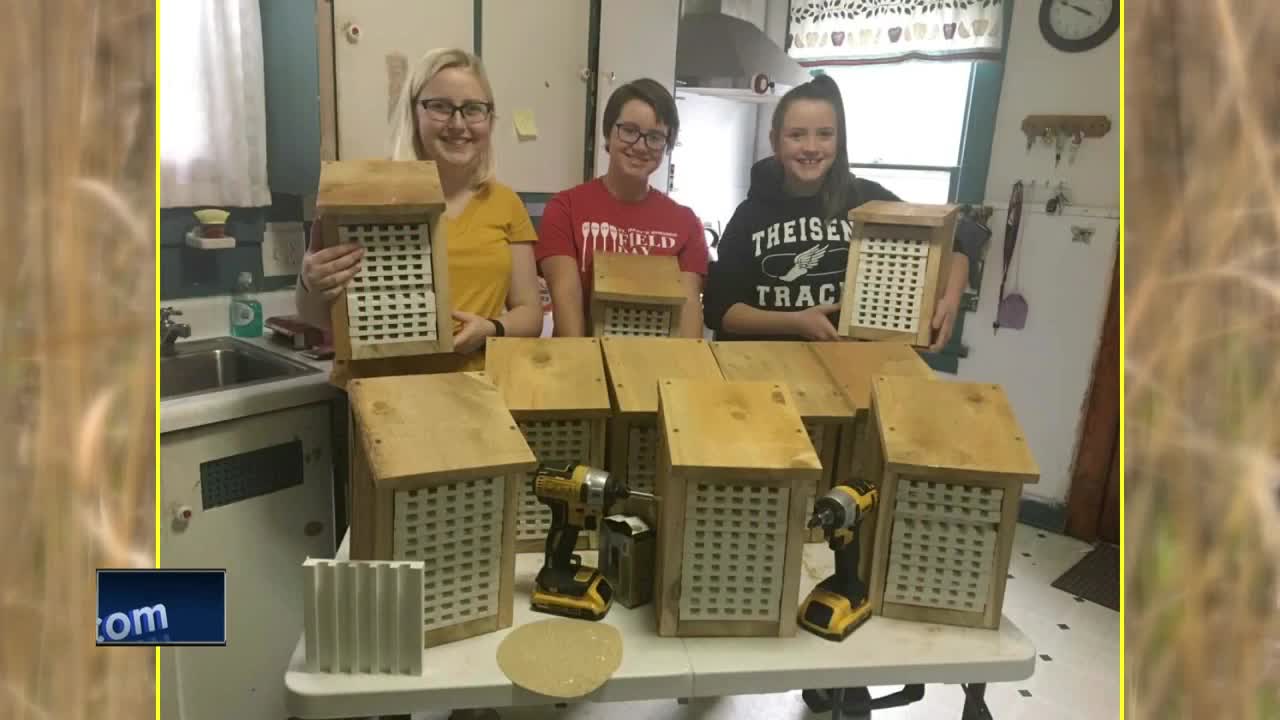 A local teen has earned the highest award in the Girl Scouts organization, and she did it by completing a service project that will benefit our environment.

"It's definitely something I've wanted since I first got into Girl Scouts."

That was back in Kindergarten. Now as a senior at St. Mary's Springs Academy in Fond du Lac, Bellows has heavily decorated sashes, but her Gold Star Award pin is the pinnacle of her journey with the Girl Scouts.

"It entails years of planning and preparation, earning awards, working on service projects and take action projects that are sustainable," explained Amy Odekirk, Director of Program Quality with the Girl Scouts' Manitou Council.

Bellows' final project to earn the Gold Star Award was building ten native bee houses and donating them to the Gottfried Prairie and Arboretum which has a 42 acre restored native prairie on the UW- Fond du Lac campus.

"With habitat loss due to urban sprawl and more people building homes and residential types areas, the mason bees just don't have as much habitat as they used to," explained Gottfried Executive Director Tracy McDermott.

Before European honey bees were brought into the U.S., native bees were the primary pollinators, according to McDermott. She said if native mason bees disappear, our ecosystem could be in trouble.

Bellows became passionate about protecting native bees after hearing McDermott speak on the topic during a farmers market. The teen then constructed a bee house proposal and presented it to Girl Scouts leaders. After receiving their approval, Bellows coordinated a team of volunteers to help assemble the bee boxes which will also be incorporated into Gottfried Prairie and Arboretum's educational programming.

"I'm very, very proud of what she's accomplished," said Odekirk. "For future opportunities, it really sets every girl up for being able to be a risk taker and be able to seek challenges and overcome obstacles in their life to be a real leader."

Odekirk said only about 5% of Girl Scouts nationwide earn the prestigious Gold Award each year.

"I kind of hope that the community will get a little bit more involved in preserving the species. Native bees definitely aren't as popular as English bees, so seeing bee houses actually made for them might help others to do the same."

Bellows heads to basic training with the U.S. Air Force in July. She said her Gold Star Award allowed her to get an immediate increase in military rank which comes with higher pay. She also plans to pursue intelligence studies in college which could land her a job with the FBI or CIA.