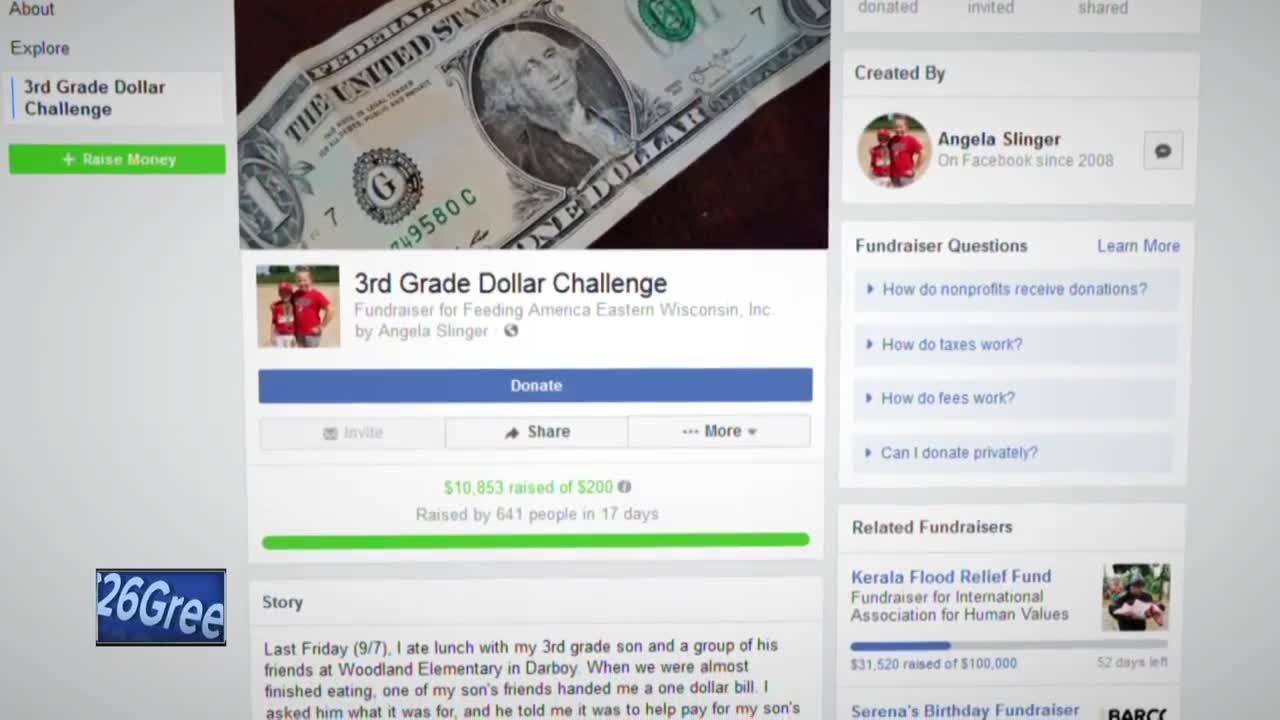 A third grader gives a woman one dollar and tells her she can feed the world. What happened next is truly something special. 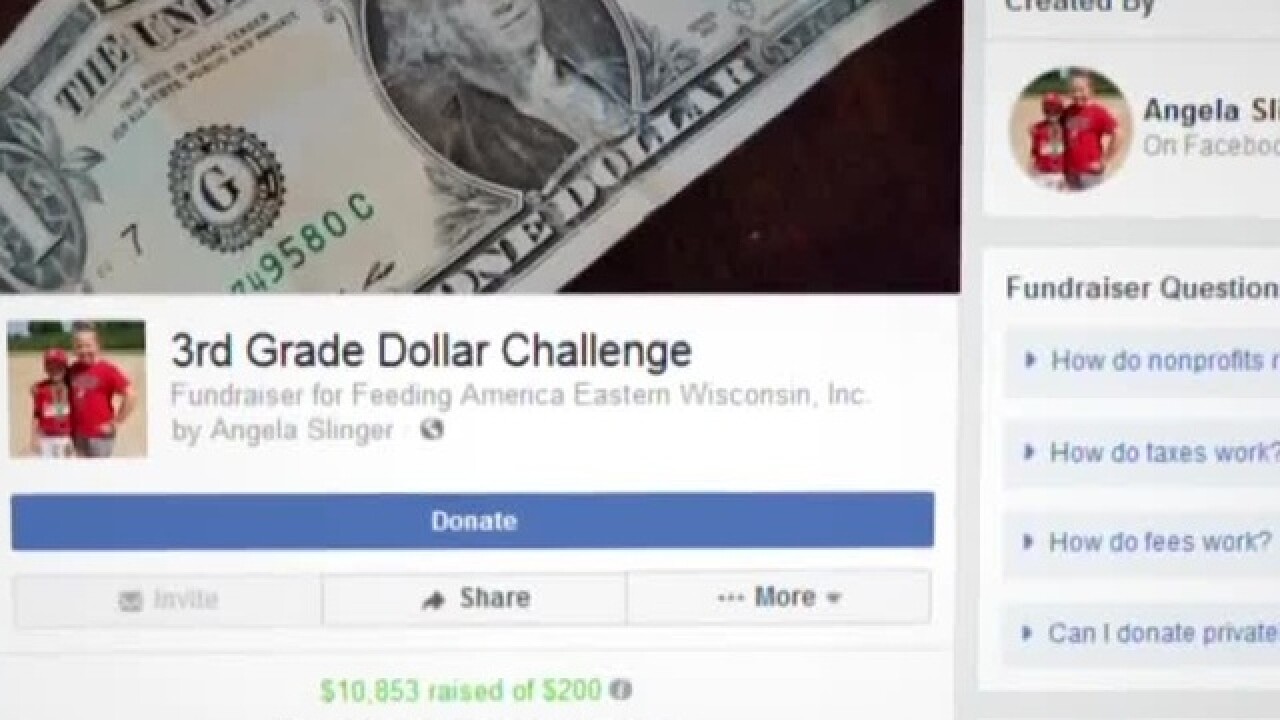 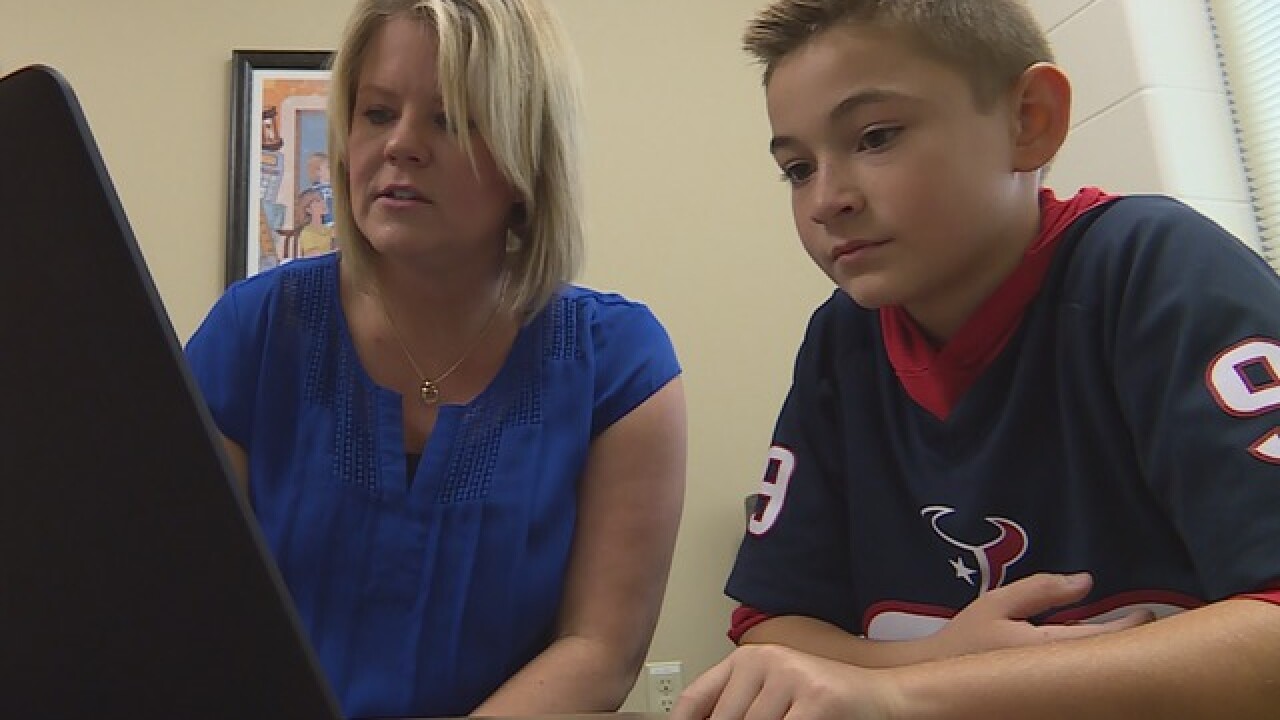 It's a lesson in kindness, giving to others and taking action to make a difference, and it's coming from a third grader in the Fox Valley.

On September 7th, Angela Slinger had lunch with her son, Austin, at Woodland Elementary in Harrison. When Austin's friend, Greyson Peters, offered to pay for his lunch as part of Kindness Day at the school, Slinger refused to take the money. What happened next is truly something special.

"He looked me right in the eyes and he said, 'Mrs. Slinger. This dollar is for you, and if you use it the right way, you can feed the world.' I was sure I heard him wrong. I'm like, 'Honey, what did you just say?'"

"I said, 'If you use this dollar the right way, you could feed the whole world,'" Peters explained.

"So I went back to work, and I was staring at this dollar and I said, 'Well that's kind of a lot of pressure. Now, I have to do something with this dollar," Slinger recalled.

After a weekend of pondering the possibilities, she set up a Facebook fundraiser called the 3rd Grade Dollar Challenge .

"How cool would it be to show this 9-year-old that hey, your dollar turned into $200? I thought that would be a stretch goal, but we hit that I want to say in the first night. By the next morning, it was over $300."

"Now we're doing the map to see how far has this fundraiser reached, and that's really just another visual for the kids to understand the impact that this dollar had across the country," said Slinger.

The impact will especially be felt here at home. All the money raised will be donated to Feeding America Eastern Wisconsin.

"A lot of people don't understand the power of one dollar, and one dollar equals three meals," explained Communications Manager Lisa Endl.

The food bank works with over 600 hunger relief organizations and will distribute the meals to people in need in our community.

"1 in 5 children in Wisconsin don't know where their next meal is coming from, so to a have a child Greyson's age want to help other children is just, it's heartwarming," Endl said.

Philanthropy is something Greyson learned from both his parents and his idol. He proudly wears the jersey of former Wisconsin Badger and Houston Texans star JJ Watt who created his own online fundraiser to help victims of Hurricane Harvey.

"Like he raised $41 million, and he was very humble about it," said Peters.

It's a positive attribute Greyson has too.

"I just thought that I wanted to be respectful and kind and just give a dollar away, and then it turned into $10,000."

And it keeps growing.

Peters said, "It's really cool. I just feel very happy for all the people that are getting a lot of food."

"Really it's not me or Greyson that's helped feed the world we'll say, but it's really everyone in our community," added Slinger.

So far, the Dollar Challenge has brought in about $11,000 or 33,000 meals. Now, it's the final push. You only have until Sunday, September 30th to donate to the Facebook fundraiser. Once the final tally is in, they'll hold a special presentation to celebrate their accomplishment.