Women's sports champions not getting many invites to the White House 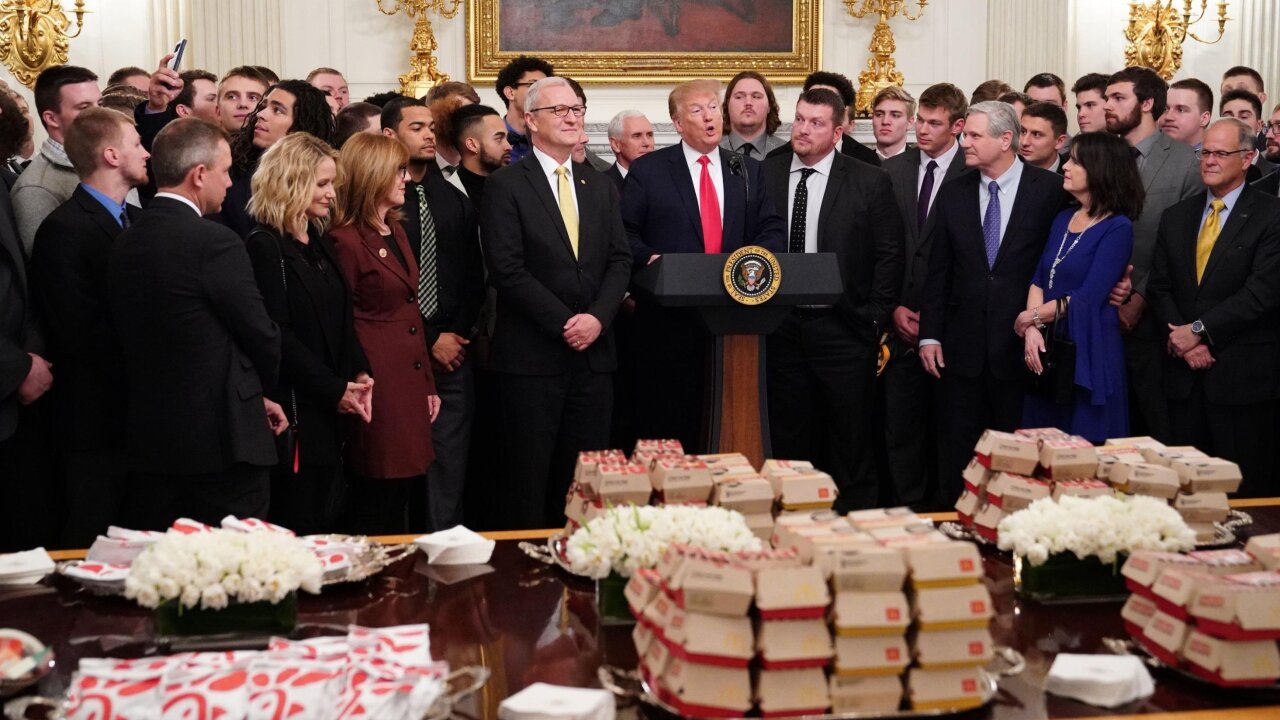 In the more than two years since President Donald Trump took office, he has not hosted a women's championship sports team for a solo event at the White House.

A report in The Washington Post examined the lack of women teams' representation at White House events honoring athletes.

As the Post points out, there has yet to be an event during the Trump administration honoring a women's team on its own.

But, according to The Washington Post's reporting, the past two WNBA champions -- the Minnesota Lynx in 2017 and the Seattle Storm in 2018 -- were not invited to the White House, nor was the Notre Dame 2018 championship women's basketball team.

The White House did not respond to CNN's request for comment on The Washington Post report nor did they respond to inquiries on whether invitations to solo events have been extended to any women's championship team at the college or professional level.

Trump has hosted male athletes several times over the course of his presidency, a tradition that gained momentum during the Reagan administration, per the Post. There have been events honoring the Clemson and Alabama men's football teams, 2017 Super Bowl champ New England Patriots, the Stanley Cup-winning Washington Capitals hockey team and NASCAR Monster Energy Cup Series champion Martin Truex, among others.

On Monday, Trump became the first president since Bill Clinton, per the Post, to host a college team that won a title in the NCAA's secondary division, welcoming the FCS division championship North Dakota State Bison to the White House.

Trump seemed to acknowledge Monday that it was unusual to invite the team to the White House.

Pointing to the North Dakota Congressional delegation, Trump said, "Your two great senators and a couple of others -- but these two guys, they really said, 'Would it be possible to do this for this team?' And I said -- you know, I watched your championship game. I said, "Those guys are good. They deserve it. They really deserve it.' You are special."

Coming to the White House has been a controversial political decision for some invited teams during the Trump administration.

When the White House hosted that 2017 event, the South Carolina women's basketball team declined the invitation .

"The Philadelphia Eagles are unable to come to the White House with their full team to be celebrated tomorrow," Trump said in a statement at the time. "They disagree with their President because he insists that they proudly stand for the National Anthem, hand on heart, in honor of the great men and women of our military and the people of our country. The Eagles wanted to send a smaller delegation, but the 1,000 fans planning to attend the event deserve better."

And the NBA champion Golden State Warriors declined an invitation from the President to visit the White House after winning the 2017 championship.

Individual players also have refused those invitations in the past -- Boston Bruins goaltender Tim Thomas declined to visit the White House in 2012 over disagreements with President Barack Obama's policies.