Why a presidential pardon doesn't mean much to White House turkeys 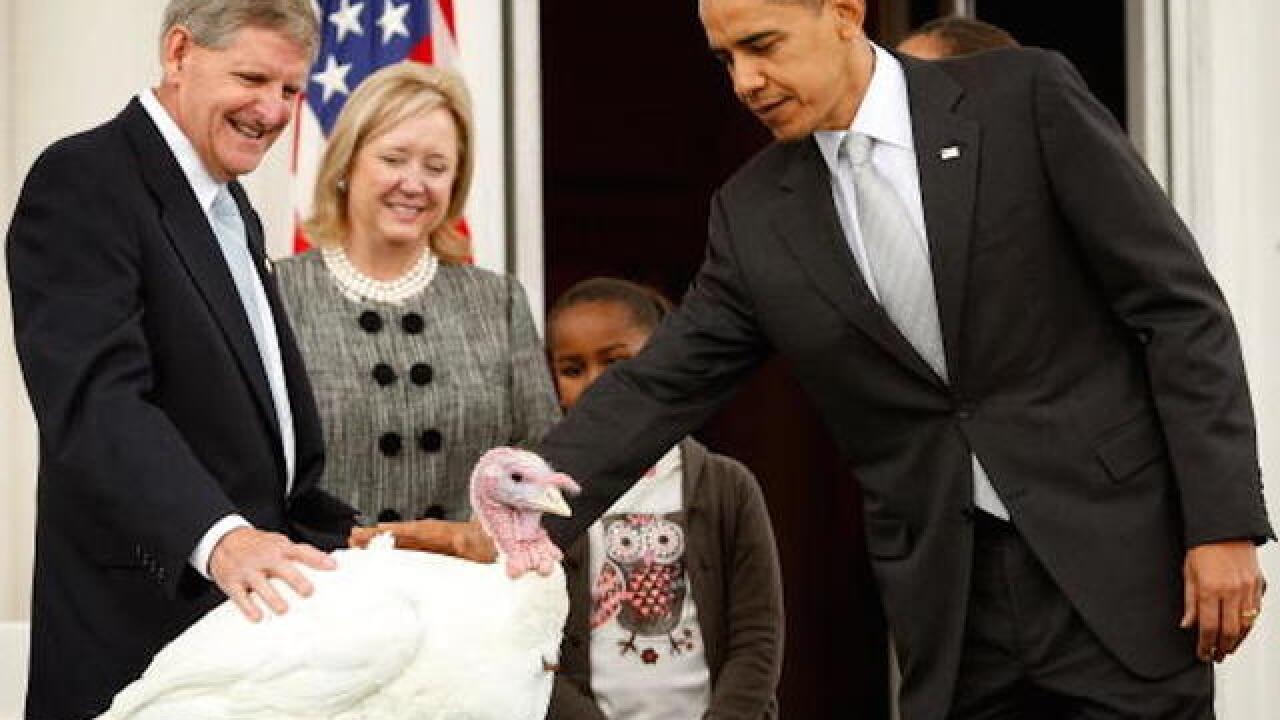 Alex Wong
<p>WASHINGTON - NOVEMBER 25: U.S. President Barack Obama pats a turkey named "Courage" as daughter Sasha (2nd R) looks on during an event to pardon the 20-week-old and 45-pound turkey at the North Portico of the White House November 25, 2009 in Washington, DC. The Presidential pardon of a turkey has been a long time Thanksgiving tradition that dates back to the Harry Truman administration. (Photo by Alex Wong/Getty Images)</p>

This year President Barack Obama will again pardon two turkeys from certain death this Thanksgiving. But what happens to the turkeys after they’re granted their pardons?

Well, we have bad news for you…basically every single turkey pardoned by The White House is now dead. Caramel the Turkey, pardoned in 2013, is for some reason a weird outlier. And we're not sure what happened to Abe, the bird pardoned by Obama in 2015. Let’s take a look at what actually happens to the pardoned turkeys after Thanksgiving.

President George H.W. Bush made the pardoning of a turkey an official tradition on November 14, 1989. The lucky bird was shipped off to Frying Pan Park in Herndon, Virginia to live out the very short remainder of his life, and we’ve been officially pardoning a turkey or two every year since. But what happens after they're pardoned?

For the past several years, the pardoned turkeys have been sent to George Washington's Mount Vernon Estate & Gardens to live out their retirement years months. They’re typically placed in a display pen for a while before being moved out of view.

Apparently, they’re not “historically accurate,” to George Washington’s time period. Turkeys were around back then, but the turkeys Washington ate looked totally different, because these days, they're all genetically bred and hopped up on growth hormones and corn to be huge and lean.

Plan your own custom road trip at Roadtrippers.com

This, of course, a problem. The pardoned turkeys keep dying, like, almost immediately upon reaching their new homes. As we mentioned, every single turkey pardoned except for the die-hard Caramel is already dead. For instance, Caramel’s sidekick, Popcorn, died just 8 months after receiving his presidential pardon. Remember 2012’s turkeys? Cobbler and Gobbler? They’re now six feet under at Mt. Vernon after living roughly 3 months and 9 months, respectively, after their pardons.

So why do these birds, fresh off the happiest moment of their lives, seem to find the grave within months of their pardons? The answer is simple and really depressing.

"The bird is bred for the table, not for longevity," said Dean Norton, the director at Mount Vernon in charge of livestock, to CNN.

Today’s turkeys are bred to be big and plump, but their little organs don’t handle the extra weight so well which means a modernly-raised turkey doesn’t stand much of a chance. According the experts, the pardoned turkeys live way longer than their brothers and sisters who typically have a life expectancy of about 18 weeks.

Read more about the history of pardoned presidential turkeys at Roadtrippers.