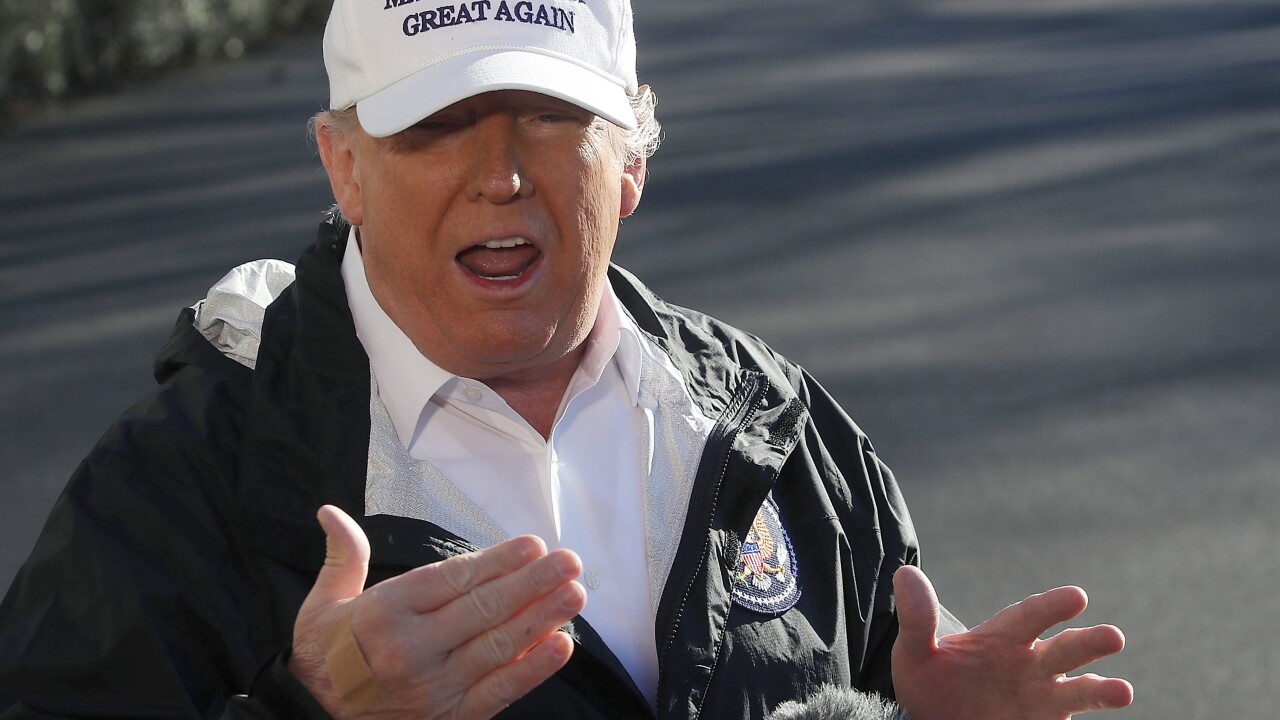 The White House had a lot to brag about in its economic report card for 2018, a year that broke records for employment and corporate profits. But it's not clear that next year's edition will be so rosy.

The Economic Report of the President forecasts at least 3% real annual gross domestic product growth through 2023. But that's a "policy inclusive" projection, which means it is contingent on the enactment of policies like a substantial infrastructure investment program and a fresh round of regulatory cuts. Without those changes, growth will trail off, according to the White House's own estimates.

"Our view is that it's really not a sugar high at all," Hassett told reporters Tuesday. That's a response to arguments made by economists — including President Bill Clinton's former Treasury Secretary Larry Summers — that the tax cuts and generous federal spending just juiced an already-healthy investment climate.

"There are so many positives that are basically the residual effect of going from being the highest tax place on earth to being an attractive place," Hassett added. "That's a fundamental shift in the economic outlook, and it's not one that reaches its complete fruition after one year, so we're pretty confident that the momentum we have coming into this year will continue."

This year's report, which the Council of Economic Advisers is required by law to produce every year, includes more than 700 pages of dense text and charts. It lays out most of the Trump administration's economic policies, from regulatory rollbacks to tariffs, and paints them as unqualified successes.

It's a case President Donald Trump could run on in 2020 — if the good news lasts that long.

Because of the government shutdown, the report could not incorporate data from the Bureau of Economic Analysis' estimate of 2.6% GDP growth for the fourth quarter of 2018. For this quarter, projections are running as low as the Federal Reserve Bank of Atlanta 's forecast of 0.4%.

The Council of Economic Advisers, or CEA, isn't the only one with optimistic growth projections. The Office of Management and Budget's 2020 budget proposal assumed GDP levels in the future that no other credible forecaster agrees with .

Democrats have already questioned just how much Trump is responsible for the economic story of the past two years. Although business investment surged following the Tax Cuts and Jobs Act of 2017, record-low unemployment rates arrived after a steady decline that began in 2009 and hasn't substantially accelerated. Wage growth has picked up, especially for blue-collar workers and those in traditionally low-paid occupations, but nowhere near as much as corporate profits have.

Progressive economists also argue that the White House hasn't factored in the downsides from Trump's policies. While tax cuts may have boosted growth thus far, they may also deepen inequality and are creating a mounting deficit that would require harsh budget cuts to offset.

"Deficit impacts and distribution analysis are central to a meaningful evaluation of any tax legislation," said Greg Leiserson, director of tax policy at the Washington Center for Equitable Growth. "The CEA's analysis glosses over both."

In addition, the report touts the administration's progress on cutting regulations in 2018, which it says will save businesses $23 billion over time. That's very small compared to the size of the US economy, and the rollbacks have been justified in part by a version of cost-benefit analysis that doesn't reflect less tangible effects of federal rules, such as decreased pollution and improved public health.

"As best as we can tell, those forgone benefits actually outweigh the cost savings," says James Goodwin, senior policy analyst with the Center for Progressive Reform, "which means that Trump's deregulatory agenda is making our society worse off — not better."

Finally, there is deep skepticism in Democratic circles around the CEA's analysis of poverty.

The administration argues that the War on Poverty that began in the 1960s has been won, if you take into account income gained through subsidies such as food stamps. Now, Hassett is calling for a "War for Self-Sufficiency," which involves reducing many benefits or requiring people to hold down jobs in order to receive them.

Gbenga Ajilore, senior economist at the Center for American Progress, says such reforms don't take into account how insecure and volatile jobs can be for those on the fringes of the labor market.

"This is rich coming from the administration because they keep trying to cut the programs," Ajilore said, referring to benefits like housing vouchers that the White House has tried to reduce.

Perhaps nothing matters more, of course, than the economic landscape over which these debates take place.

About half of Americans in a CNN poll released yesterday approved of Trump's handling of the economy. That could change quickly if the economy sours — a concern that Hassett brushed aside.

"I think the idea that we would have a recession next year is certainly not impossible," Hassett said. "But it would be very unusual for that to happen, given the massive amount of capital spending that's coming online."